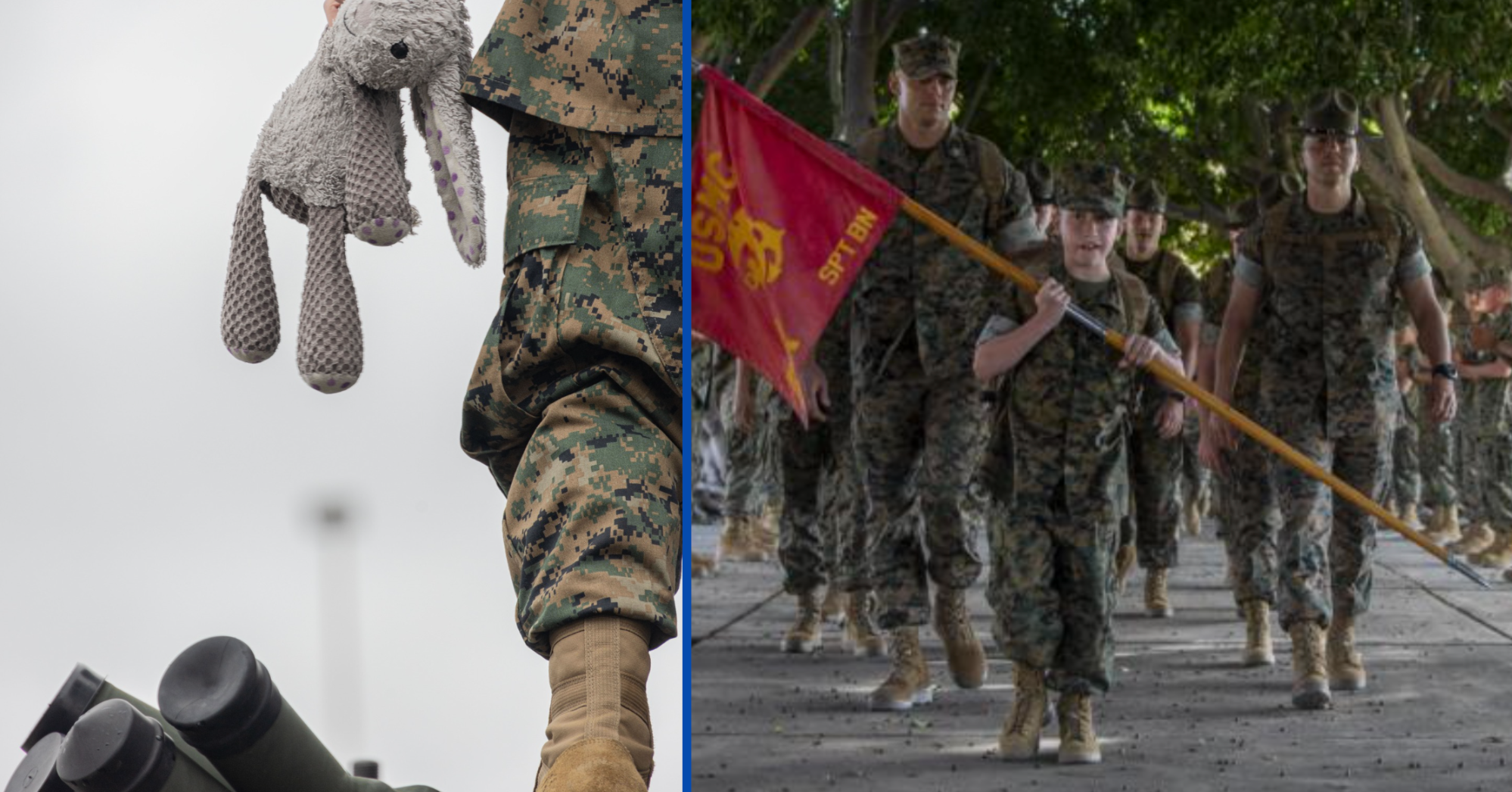 At only 13 years old, Wyatt has a serious heart condition. Although his condition is treatable, it will prevent him from achieving his dream of following his older sister into the Marine Corps when he grows up. That’s where the Make-A-Wish Foundation comes in.

The Make-A-Wish Foundation is a non-profit that works to make the dreams of children with critical illnesses come true. The organization has granted over 480,000 wishes since 2020 including trips to Disney World and meeting superheroes. Wyatt’s wish was to earn the coveted Marine Corps Eagle, Globe, and Anchor.

The 13 year old didn’t want to be handed an EGA and ride around in a tank. Like his sister, Wyatt wanted to attend boot camp and prove his worth. When COVID restrictions initially prevented Wyatt’s wish from coming true, Make-A-Wish offered him other things like trips and 4-wheelers. But, he was determined to earn his EGA. So, Make-A-Wish and Marine Corps Recruit Depot San Diego worked together to make his dream come true. Although his wish was delayed, Wyatt made it to MCRD San Diego in 2022.

From March 30 to April 1, Wyatt got to be a Marine for a day with Support Battalion, Recruit Training Regiment, MCRD San Diego. He was picked up at the base gate by a Humvee and brought to the iconic yellow footprints where all Marines begin their transition into the Corps. Wyatt was issued a full set of cammies with his name on them and his own dogtags.

With permission from his parents, Wyatt also received a standard recruit haircut, learned how to drill, had a class on swim qualification, and even did pugil sticks with his sister.

The Support Battalion Sergeant Major, Sgt. Maj. Matthew Dorsey, shared his experience hosting Wyatt on LinkedIn. “No matter what we threw at him, he exemplified the true Warrior spirit! We culminated the event with a mock crucible hike that ended with Wyatt carrying the Battlion guidon and he was [received] by over 150 Marines and Sailors at the end to applaud him, and watch his official Eagle, Globe, and Anchor ceremony where he was certified, ‘Marine for a Day,'” Dorsey wrote. “To see this young man’s face, the expressions throughout this day not only from him, his family, but the staff that made this happen, was monumental!” Dorsey said that hosting Wyatt may have been the pinnacle of his 24 years as a Marine. Semper Fi Wyatt!