This Minnesota regiment sacrificed itself to save the Union at Gettysburg 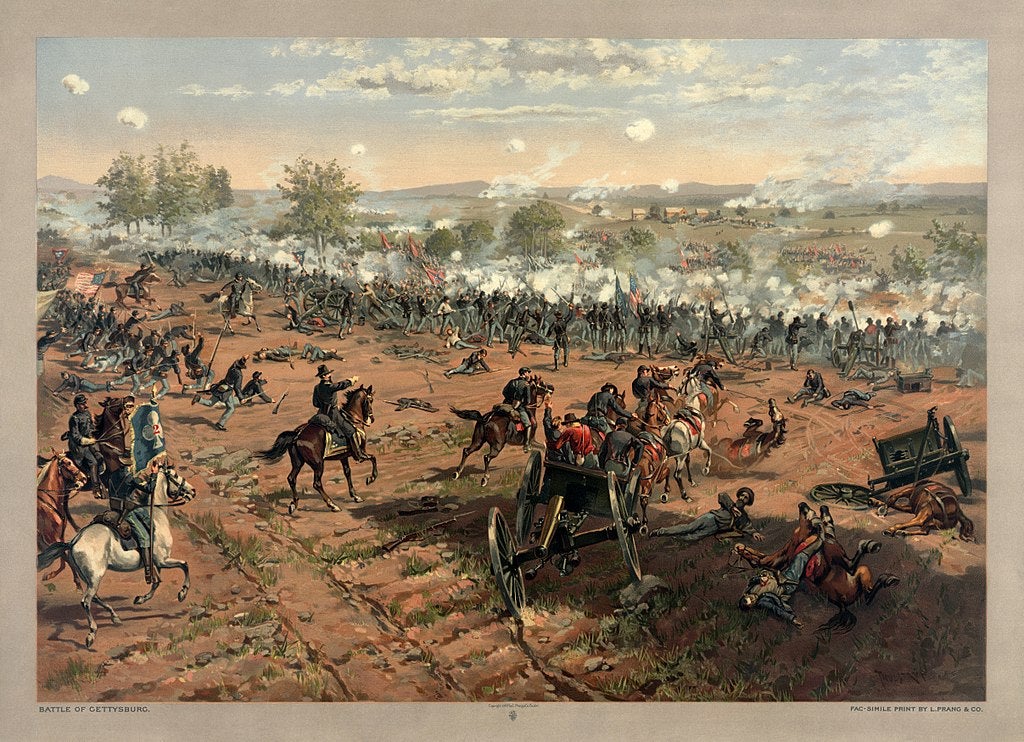 The Battle of Gettysburg by Thure de Thulstrup.

The 1st Minnesota Infantry Regiment suffered the greatest single day loss of any U.S. Army unit ever during the Battle of Gettysburg. It seems like a tragedy – and generally, it is. But the sacrifice made by the Minnesotans on the second day of the battle saved the Union Army, ensured the defeat of Robert E. Lee, and led to a Union victory in the Civil War.

Without the 1st Minnesota, the Union might have lost and the rest of American history might look entirely different from what we know today.

In 1863, Gen. Robert E. Lee took his Confederate Army of Northern Virginia into Union territory. He had hoped to mount an invasion so devastating, he could force the Union Army of the Potomac into a pitched battle on his terms and destroy it. Lee succeeded in drawing out the Union Army, but things didn’t go exactly as he planned.

After the first day, a day in which Lee dominated the Union forces once more, things were looking pretty good for the Confederates. He had trouble repeating that success on the second day of the battle. Lee hit the Union lines under Gen. George G. Meade, but was repulsed with heavy losses.

Other attacks that day were more successful. The Union Army’s III Corps was effectively destroyed by the Confederate I Corps but a massive reinforcement during the battle allowed the Union Army to hold its positions. As the day went on, the rebels attacked the Union lines almost nonstop in an attempt to break them. Toward the end of the day, their focus was on the Union center on Cemetery Ridge.

The Union Army was firmly entrenched in its positions, especially those on Cemetery Ridge. The collapse of the III Corps pushed the Union back toward the ridge, defended by the Union II Corps, but there was a gap in the outstretched Union line. Commander of II Corps, Winfield Scott Hancock, struggled to find reinforcements when he came upon the 1st Minnesota Infantry.

With the Confederates advancing on the gap, he found the Minnesotans protecting an artillery battery. He pointed at the colors of the Confederate army making its way across the field and ordered the 1st Minnesota to take their flag. The 262 Minnesotans fixed their bayonets, charged outside of their prepared defenses and made their way to meet the rebels.

They charged at full speed with their bayonets level to the ground through concentrated enemy small arms and cannon fire. They would be able to hold their position against the rebels for only a limited time. Little did they know it would come with a hefty price tag.

As they approached, 215 members of the 1st Minnesota became casualties within five minutes. They lost five flag bearers in the charge.The staggering 82% loss rate is still the largest loss by any surviving U.S military unit in a single day’s engagement eve. The only thing that saved the 47 survivors from becoming casualties and the swarming rebels tried to encircle them is the other members of II Corps who ran out after the 1st Minnesota to prevent it. For 30 minutes, the 1st Minnesota held back the rebel assault.

While the loss of so many men in such a short amount of time seems like a waste, it was necessary to defend Cemetery Ridge, stop the advance on the main Union line, specifically the gap in the line. If the rebel charge had succeeded, it would have broken the Union force in two and allowed the Confederates to roll up the entirety of Cemetery Ridge.

The sacrifice of the 1st Minnesota saved the Union Army, extended the Battle of Gettysburg, and may have won the Civil War.