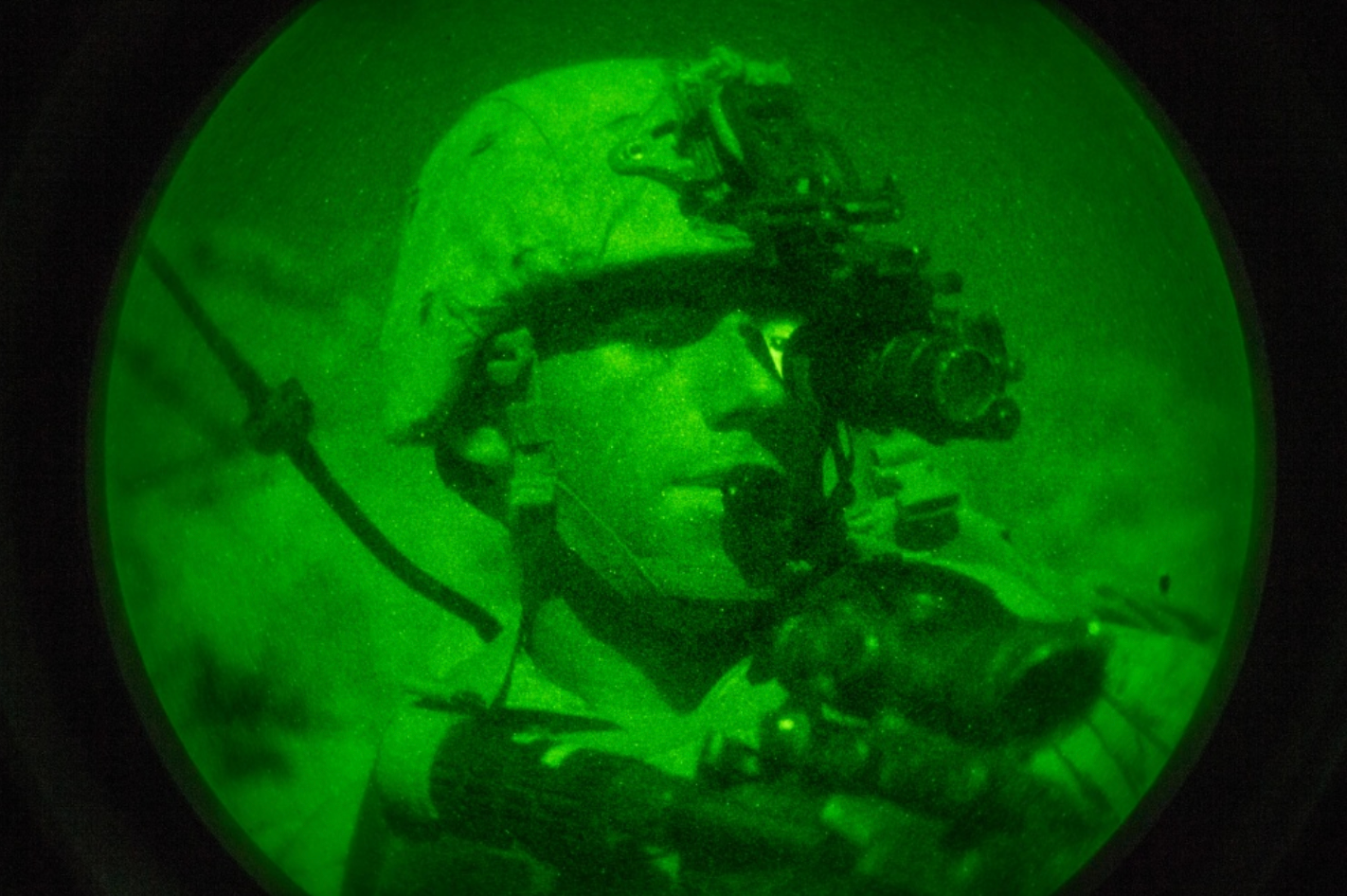 Even as late as 1945, as the United States’ “island hopping” campaign was in full swing, the Americans weren’t too keen on night fighting. With some exceptions, notably U.S. Army Rangers in Europe, the Americans didn’t operate at night until the development of early types of night vision. The game changer in the Pacific was the .30-caliber T3 Winchester carbine with infrared night sight.

Other belligerents in the war had different policies. The Soviet Union, for example, was just fine fighting at night, a fringe benefit of having so many people to throw at the enemy. The Red Army was like the U.S. Postal Service: Neither snow nor rain nor heat nor gloom of night stayed those couriers of death from putting rounds downrange.

On the Axis side, the Germans pretty much had to move at night, otherwise Allied air superiority would strafe them into oblivion. Japanese troops loved night combat, and they were very, very good at it.

Japanese forces in the Pacific Theater used night combat tactics to even the score against larger, better equipped forces. Sneakily infiltrating enemy camps and slitting throats was a favored method of not just taking out enemy troops, but also causing mass fear among the ranks.

Night attackers were usually carried out by small Japanese units to achieve some objective. Surprise and secrecy was their key to success in these operations. Infantry assaults were often conducted with no artillery support, as the units normally targeted the enemy’s softest points. The main strategy for a Japanese night assault was to close with the enemy as fast as possible and overwhelm them in hand-to-hand combat.

As the war ground on and Japanese combat veterans were replaced by raw recruits, the Americans gained the upper hand in night fighting. Early warning systems such as microphones became used in the field, along with other warning devices. But nothing took a toll on the Japanese like the infrared night sight.

In late 1943, American scientists were studying ways to shine infrared light on objects in the dark while developing a telescope device that could see the infrared light. They were able to develop a six-volt, rifle-mounted scope that could illuminate objects up to 70 yards away, visible only through the telescope.

It took two years to perfect the technology, build it onto an infantry weapon and get it to the front lines, but they did it. By the time the U.S. Army and U.S. Marines were ready to invade the island of Okinawa, the Japanese nighttime advantage was lost.

The Battle of Okinawa was one of the fiercest battles of the entire Pacific War. It took an estimated 250,000 American troops to dislodge more than 70,000 Japanese troops and 40,000 Okinawan draftees. Though the battle for the island took around three months, the fighting took a heavy toll on the Japanese  – partly due to the infrared scope on the Army’s T3 carbine.

An estimated 30% of Japanese forces killed by small arms fire on Okinawa were sighted and shot by soldiers equipped with the night vision scope. It was an astonishing feat, considering only 200 of the scopes ever made it to the Pacific.

When Japanese night infiltration was effective, it was often due to inclement weather, such as monsoon-level winds and rains.

Infrared technology for small unit combat continued into the Korean War, mounted on other .30-caliber rifles, eventually evolving into the helmet-mounted goggles enjoyed by U.S. troops and their allies today.