How the fightin’ Irish have kept the peace for centuries 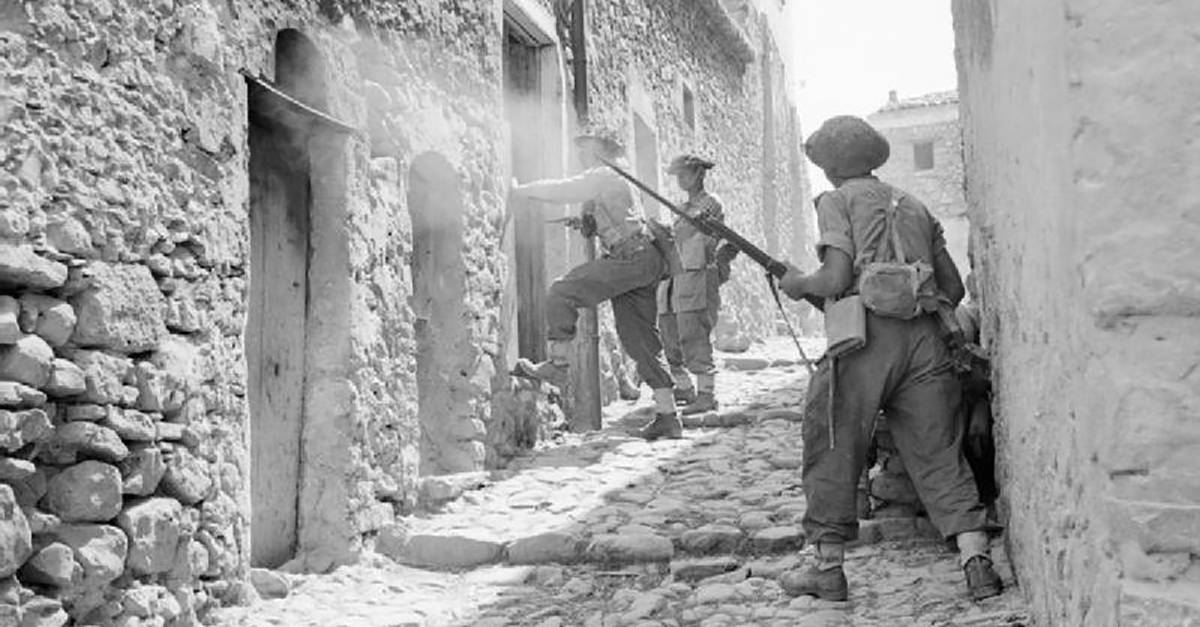 For centuries the land and the people of Ireland were part of the United Kingdom’s British Empire. In 1937, Ireland technically became a republic, but remained under the British Commonwealth, only achieving true independence in 1949. Still technically under the British Commonwealth during World War II, the Irish government adopted a policy of strict neutrality and did not officially contribute any armed forces to the war. Tens of thousands of Irish citizens did volunteer to serve in World War II in the fight against the Axis powers, most of them enlisting in the British armed forces.

The Republic of Ireland was admitted to the United Nations (U.N.) in 1955, after overcoming years of resistance by the former Soviet Union. Ireland maintained strict neutrality throughout the Cold War, and by law its armed forces are restricted to defensive operations, however, in 1958 the Irish Defense Forces (in Irish the Óglaıġ na hÉıreann) were authorized to deploy for U.N. peacekeeping duties. As soldiers of a neutral, non-aligned western democracy without a colonial history, the U.N quickly deployed an Irish contingent to Lebanon that year.

In 1960, one of the largest deployments of Irish peacekeepers was sent to the former Belgian colony of the Congo, to enforce a U.N. mandate for the withdrawal of Belgian military and mercenary forces from a newly created republic. In that year thirteen Irish soldiers were killed in an ambush. In September 1961, 155 Irish soldiers from Company A of the 35th Battalion were surrounded at their location in Jadotville and continuously attacked over five days by an anti-U.N. force of 3,000, including a group of battle-hardened mercenaries consisting of former members of the French Foreign Legion and German World War Two veterans. Although a U.N. relief force of Indian, Swedish, and fellow Irish troops fought to reach them, the soldiers of Company A force were eventually forced to surrender when their ammunition and water ran out.

During the battle, the besieged force killed 300 attackers and wounded one thousand, with no Irish soldiers killed.  Unfortunately, popular opinion in Ireland shamed these soldiers for surrendering, and it was not until some 50 years later that proper recognition and honor has been accorded to this heroic action. During the duration of the Congo deployment from 1960-1963, in which 6,000 Irish soldiers participated, 26 were killed, including the 13 in the Niemba Ambush. The Irish military is currently deployed to the same area today on U.N. peacekeeping duties.

While the deployment to the Congo saw the highest single incident of Irish soldiers killed through their history of peacekeeping duties, 47 Irish military members have died while serving in the United Nations Interim Force in Lebanon, from 1978 to the present. This is the highest number of fatalities of any member nation participating in this force. Nine Irish peacekeepers died serving on the island of Cyprus from 1965 to 1971, during a long-simmering armed conflict between Greek and Turkish Cypriots. The last Irish military member to be killed in peacekeeping operations was in 2003 in the African country of Liberia, one of over 200 peacekeepers from several nations that died during that 15-year United Nations operation.

While the Óglaıġ na hÉıreann is intended for national defense and U.N. peacekeeping operations, all branches of the forces are trained from the start in ground combat, and those skills are reemphasized prior to peacekeeping deployment. One aspect of pre-deployment training, practicing avoidance of bullets fired in their general direction during live fire, has been described by members of the Irish Air Corps, who provide helicopter and other logistics support during deployments as “bullet inoculation.” Soldiers low crawl through a shallow, almost always wet trench while rounds of various calibers are fired both overhead and behind during one phase of the training. Although once common among most western militaries, live fire has been limited to training by the more elite military units, including the British Special Air Service and Royal Marines, for the last half-century.

Currently, Irish peacekeepers are deployed to the Democratic Republic of Congo, Ivory Coast, Mali, and Western Sahara in Africa; Bosnia and Herzegovina-Kosovo in Europe; and the Golan Heights and Lebanon in the Middle East. In August 2022 the government of Ireland committed to providing military training to the Ukrainian military under the auspices of the European Union, of which Ireland is a member.