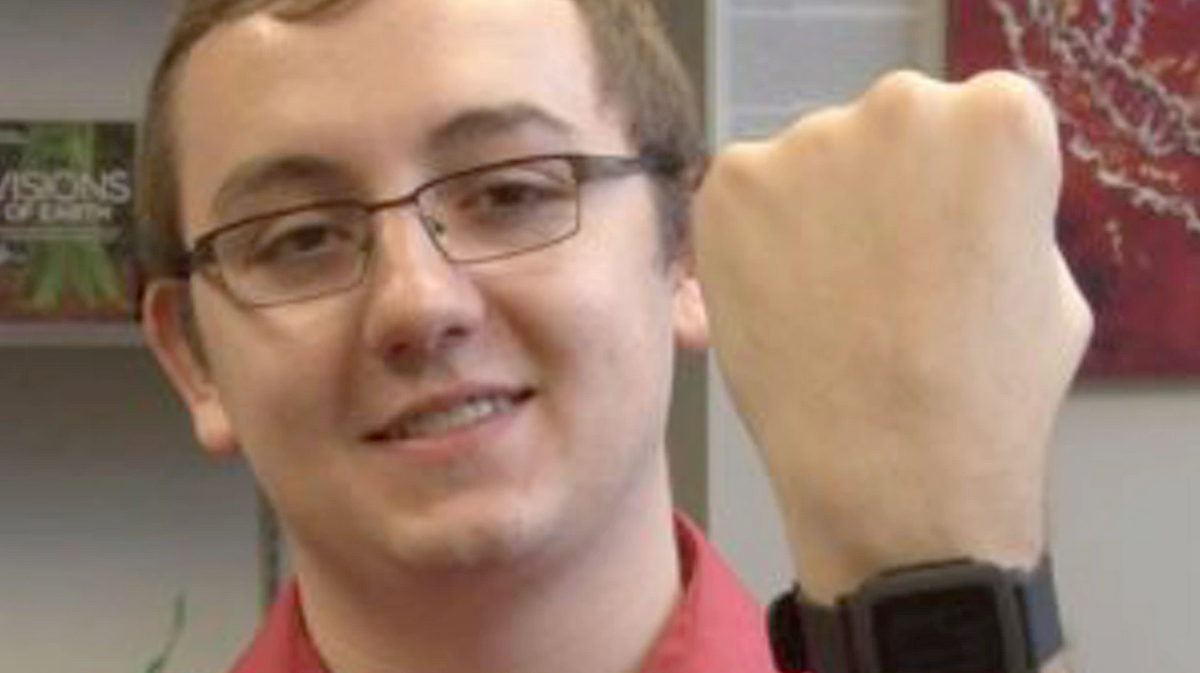 Post Traumatic Stress Disorder can be caused by a myriad of traumatic events like car crashes and losing a baby during childbirth. However, combat has brought PTSD to the forefront of modern medicine. Known before as shell shock, the National Institute of Health estimates that over 500,000 veterans suffer from PTSD. Furthermore, the VA shows that 52 percent of veterans diagnosed with PTSD experiences nightmares that occur fairly often. This is in stark contrast to the 3 percent of the general public who have been diagnosed with PTSD and experience frequent nightmares. The son of one veteran decided to do something about it.

Tyler Skluzacek remembers his father as fun and outgoing before his combat tour in Iraq. When his father, Patrick, returned in 2007, Tyler said that his father had changed. Patrick was haunted by nightmares of commanding a convoy in Fallujah. He would sweat and thrash violently in his sleep. The nightmares were so terrible, that Patrick feared even closing his eyes. To help him fall asleep, he turned to alcohol and medication. This negatively affected his life in every aspect. “[I] pretty much lost everything,” he said. “My house, everything, my job, everything went.”

In 2015, Tyler was a senior at Macalester College in Saint Paul, MN when he learned about a computer hackathon in Washington, D.C. The event brought developers from across the country together to develop prototypes in order to solve a specific problem. That year, the event focused on developing a mobile app to help people suffering from PTSD. Personally motivated to take on the challenge, Tyler saved up the money and bought a ticket out to D.C.

Tyler put together a team of developers to program a specialized smartwatch. The device would detect the onset of a nightmare by monitoring the wearer’s heart rate and movement. The concept was inspired by service dogs who are trained to recognize the signs of a nightmare and nudge or lick their human awake. Tyler said that the trick was to provide “just enough stimulus to pull them out of the deep REM cycle and allow the sleep to continue unaffected.”

Tyler continued to develop the software for his device by testing it on his father. Though Patrick agreed, early trials were very rocky. The watch would sometimes scare Patrick awake and, because he wore in full-time, Tyler received some surprising data. One time, while using an air hammer, the smartwatch indicated that Patrick’s heart rate was over 6,000 beats per minute. “I was terrified,” Tyler recalled. “Watching someone’s data 24/7, I feel like is a lot like having a baby. I don’t have a baby. But you’re suddenly very concerned at all hours.” However, with determination and some fine-tuning, Tyler perfected the software.

By learning the sleep patterns of the user, the algorithm customizes a treatment to interrupt nightmares more appropriately and efficiently. “It was night and day when I put that watch on and it started working,” Patrick said. “The vibrations were little miracles.” After years of suffering from PTSD-induced nightmares, Patrick has found relief thanks to his son. He has since remarried and is working as a mechanic again. Though not cured of his nightmares, Patrick has control over his life.

Tyler’s invention is set to help more people like his father cope with their own PTSD. The software was purchased by an investor who started a company called NightWare. In November 2020, the FDA approved the app to treat PTSD-related nightmare disorders. The app is compatible with Apple Watches and is currently undergoing clinical trials through the Veterans Health Administration and the DoD Military Health System.