The crazy ways MacArthur tried to get supplies to the Philippines 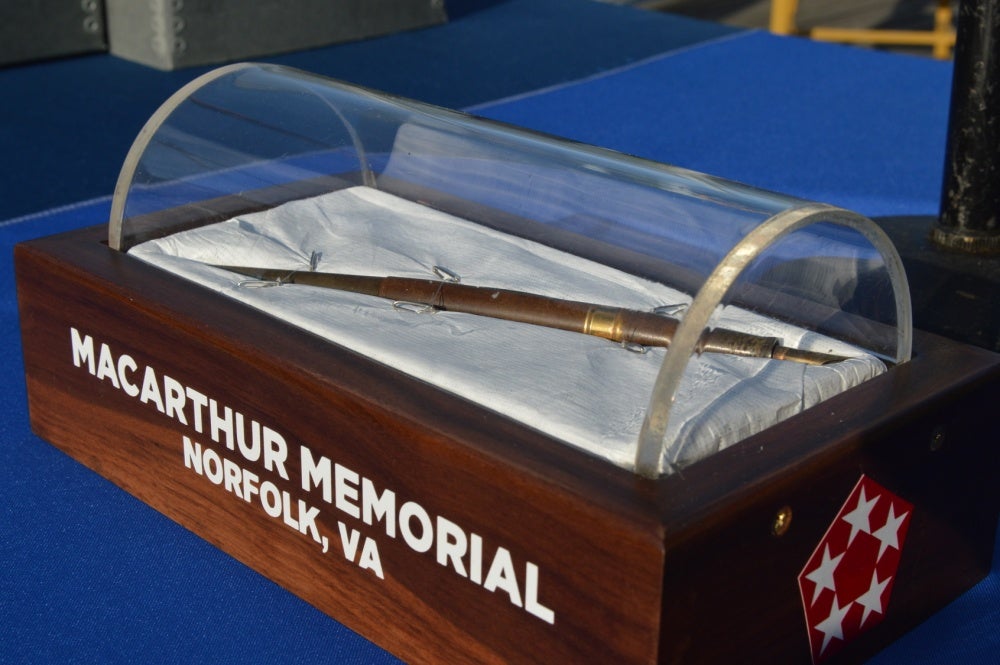 America’s defense of the Philippines from December 1941 to April 1942 was a desperate one. It was a time when the most powerful military leaders in the world, including America’s renowned General Douglas MacArthur,  scrambled to get basic food and ammunition to American, Filipino, and other forces gallantly holding out against what was the one of the world’s fiercest fighting forces, the Imperial forces of Japan.

For Army Gen. Douglas MacArthur and other military leaders tasked with preventing a complete collapse, the solution was clear: Run the blockade by any means available, including hiring smugglers and submarines, offering bonuses to civilian or Navy crews who successfully delivered supplies to the islands and survived.

The first Japanese attacks on the Philippines began just hours after the attack on Pearl Harbor, with Japanese aircraft catching American interceptors on the ground between patrols. Japanese landing parties arrived hours later, and the Japanese march on Manila was underway.

American defenders outnumbered their Japanese attackers, but the Japanese forces were battle-hardened veterans from other theaters of the war while the American and Filipino forces included a lot of green troops, some of them recruited as recently as that fall.

With the Japanese fleet dominating the ocean around the islands and elite Japanese forces pushing the Americans back, it quickly became clear that American forces were fighting a delaying action. MacArthur, desperate to hold the ground and keep his men alive, pushed for immediate resupply.

One early proposal was that the Navy put together a task force of submarines to smuggle supplies, especially rations, in under the Japanese blockade. But the Navy resisted the plan, saying that their submarines were needed to keep pressure on the Japanese Navy, and that their naval clashes tied up large numbers of Japanese ships and planes that would otherwise be used against American forces ashore.

This argument carried the day at first, but as January arrived with no real resupply, the defenders were forced onto reduced rations. Worse, jungle diseases were taking an increasing toll on the Americans, especially those forced to fight in low-lying and jungle areas.

So, leaders, from colonels on the ground to Chief of Staff Gen. George Marshall, pushed for creative options with next to no regard for cost. Planes from other islands and Australia were sent to airdrop what supplies they could, but they were mostly limited to relatively light items, like medicine and bandages, with almost no capability for the heavy stuff, like rations and ammo.

MacArthur requested anti-aircraft ammunition via submarine, but was turned down. Marshall, meanwhile, dictated orders for ships and funds in Australia to be used to resupply the Philippines:

Use your funds without stint. Call for more if required. Colonel Chamberlin has a credit of ten million dollars of Chief of Staff’s fund which can be spent in whatever manner latter deems advisable. I direct its use for this purpose. Arrange for advance payments, partial payments for unsuccessful efforts, and large bonus for actual delivery. Your judgement must get results. Organize groups of bold and resourceful men, dispatch them with funds by planes to islands in possession of our associates, there to buy food and charter vessels for service. Rewards for actual delivery Bataan or Corregidor must be fixed at level to insure utmost energy and daring on part of masters. At same time dispatch blockade runners from Australia with standard rations and small amounts of ammunition on each. Movement must be made on broad front over many routes. . . . Only indomitable determination and pertinacity will succeed and success must be ours. Risks will be great. Rewards must be proportional. Report initiation of plan

But the blockade runners also had issues getting through, and precious few were even sent. Eventually, the need to remove MacArthur, by order or President Frankiln D. Roosevelt, as well as precious metals and Filipino officials before Japan could capture them necessitated the use of submarines for evacuation.

So, the armed forces went ahead and put food and bullets on the submarines for the way in. A few more submarines were loaded with supplies in late winter and early spring, including three from Hawaii, but few were able to find their dropoff point and get fully unloaded before Japanese forces either captured their destination or preemptively forced the their withdrawal.

After all, submarines aren’t made to be rapidly unloaded, especially outside of normal port facilities. And the supplies typically had to be stored in ballast tanks, increasing the challenge.

So, by March, some units were on quarter or starvation rations, and Roosevelt ordered MacArthur to evacuate himself and his family. MacArthur still believed that sufficiently determined commanders could run the blockade, and he effected his escape in in a patrol torpedo boat.

But, despite aerial, surface, and submarine attempts at resupply over the following month, adequate supplies just couldn’t make it through to the men. Finally, Lt. Gen. Jonathan Wainwright IV, acting commander of all Allied forces in the Philippines, was forced to surrender the garrison. Before he did so, he put large sections of his command back under the direct control of MacArthur so that they wouldn’t be included in the surrender.

Still, Japan took over 60,000 prisoners, and forced most of them on the Bataan Death March where over 10,000 died on their way to prison camps. American and Filipino forces that were not part of the surrender fought on for the duration of the war, celebrating MacArthur and conventional forces’ return to the islands in October, 1944.