Today in military history: President Truman relieves General MacArthur of duty - We Are The Mighty 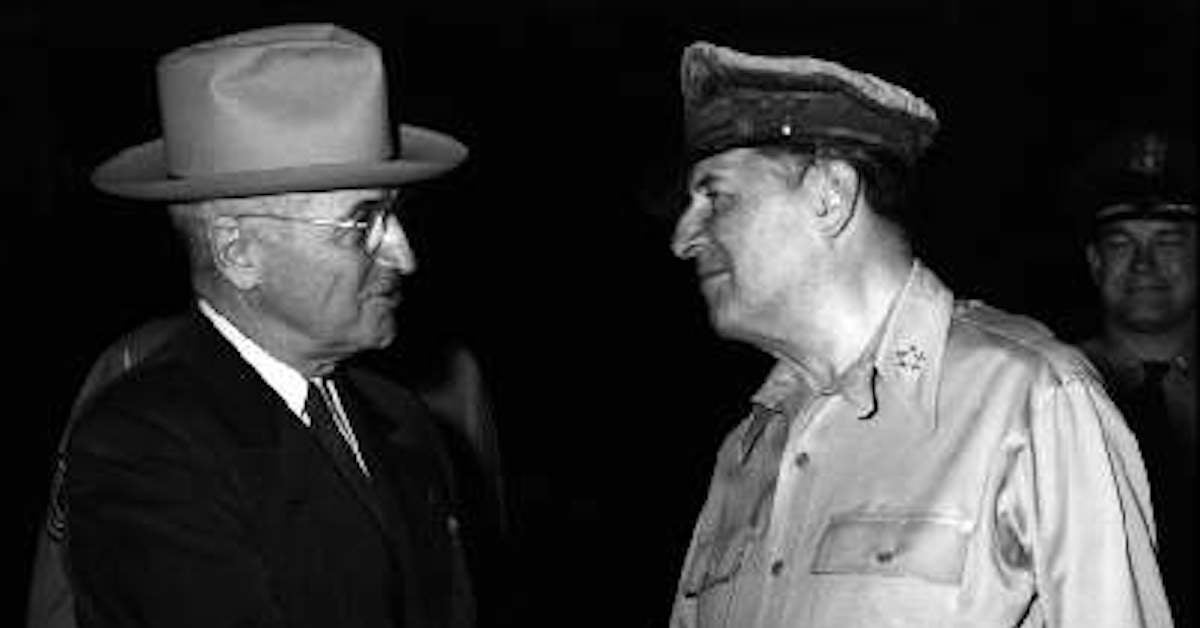 On April 11, 1951, President Truman relieved General of the Army Douglas MacArthur of duty during the Korean War.

MacArthur, a graduate of the United States Military Academy, was considered a master of the art and execution of warfare. And by many accounts, he had the ego and arrogance to match. He was best known for his brilliance in both the Pacific theater of World War II and the Korean War, but he also had his share of missteps.

Meanwhile, Truman had had an exceptionally difficult six years in the White House, beginning with replacing the iconic Franklin Delano Roosevelt, and making the call to drop the atomic bomb on Japan. He was committed to limiting the scope of the Korean War — and that’s where the two started to butt heads.

MacArthur, simply put, sought to win. In his mind, that meant pushing further North and bombing the MiG bases in Manchuria, even if that meant bringing in Chinese Nationalist troops.

Things came to a head when MacArthur ordered the launch of an offensive on April 5, 1951. Two days later, American ships were sent off Formosa, trolling China. After the offensive launched, Truman met with senior advisors, who agreed MacArthur had to go, but warned it would be controversial.

On April 11, Truman relieved MacArthur to preserve civilian control of the military. MacArthur would receive some hype as a possible candidate for President, but ultimately he wouldn’t run. Instead, after a speech to Congress where he said, “Old soldiers never die, they just fade away,” he went into retirement until his death in 1964.