Today in military history: US recaptures Bataan Peninsula - We Are The Mighty 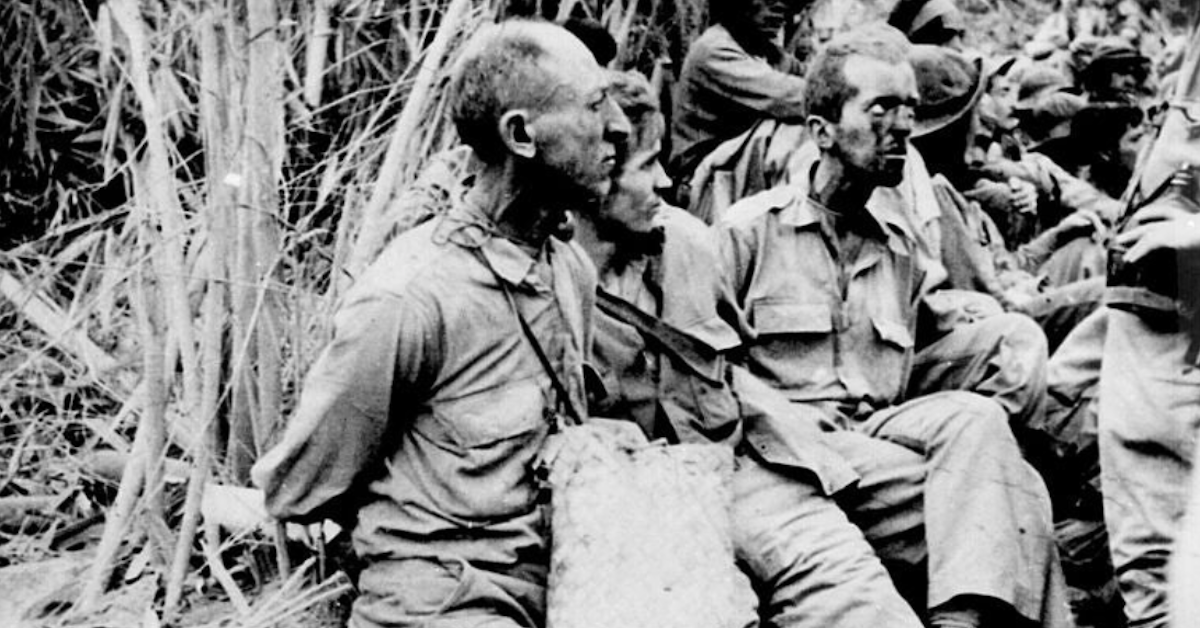 On Feb. 16, 1945, American military forces recapture the Bataan Peninsula in the Philippines, three years after the notorious Death March.

The Japanese Imperial Forces’ attack on Pearl Harbor in Dec. 1941 is perhaps the most infamous attack of a much larger campaign unleashed on U.S. and Allied Forces across the Pacific. The day after Pearl Harbor, the Japanese launched an invasion against the Philippines, capturing the capital within a month.

Over the following months, U.S. forces fought desperately to hold the islands, but by April 6, they were fighting against overwhelming odds as defensive lines were destroyed or ordered to withdraw before they could be fully occupied. Crippled by disease, starvation, and lack of supplies, the U.S. defense was deteriorating.

On April 8, 1942, the Japanese finally captured the Philippines from the Americans – including the Bataan Peninsulawhich protected Manila Bay in the Philippines. The next day, the U.S. surrendered the peninsula to the Japanese, leaving the approximately 75,000 Filipino and American troops on Bataan to the mercy of their captors, who forced the brutal 65-mile trek to prison camps known as the Bataan Death March.

The Japanese forced any survivors, including 12,000 Americans, on the cruel march to the prison camps in San Fernando. Thousands of prisoners died along the way at the hands of their captors, who starved, beat, and bayoneted the marchers. Thousands more would die from disease, abuse, and starvation in the prison camps.

General MacArthur was ordered to leave the islands and the remaining troops there surrendered to the Japanese – the largest group of Americans ever to surrender. MacArthur promised to return to the islands and take them back – and he started with Leyte in 1944.

As the U.S. Navy destroyed the Japanese fleet, leaving them without reinforcements, MacArthur and the Americans systematically drove the Japanese from the islands, sealed off Bataan, and crushed the remaining resistance on the peninsula.

Featured Image: Prisoners on the march from Bataan to the prison camp. Very few who took part in the march survived the war. (U.S. National Archives)