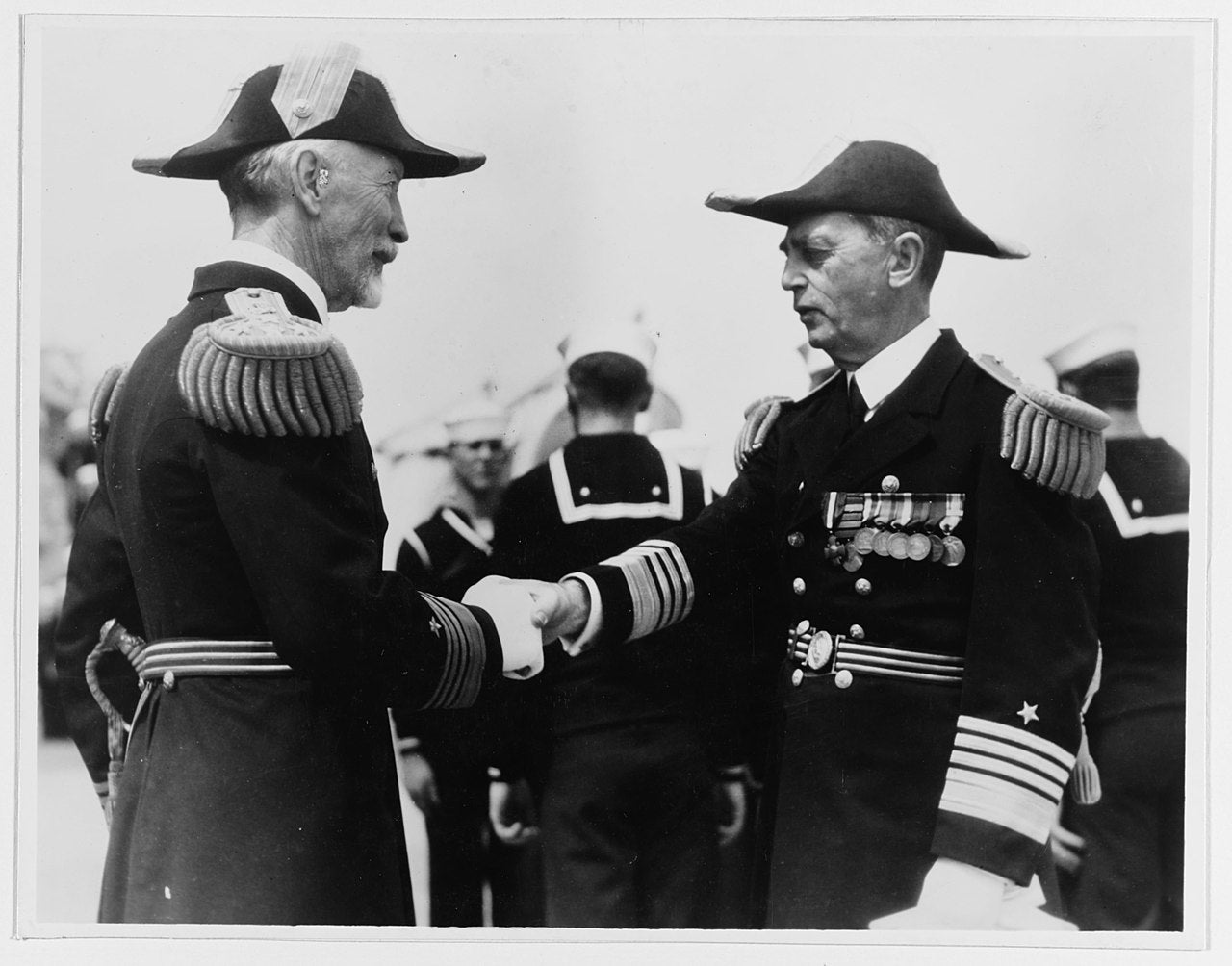 World War II history is filled with famous names, many of which are general and flag officers who planned and fought the war to its now well-known conclusion. High ranking military officers like George S. Patton, Dwight D. Eisenhower, and William “Bull” Halsey went from dominating the headlines to dominate the history books forever.

Everyone has to answer to someone, however, and as far as military personnel were concerned, even the Supreme Allied Commander had a boss. Ike might have been the last word in the European Theater while Adm. Chester Nimitz and Gen. Douglas MacArthur commanded the Pacific, but their boss back in Washington was Admiral William Leahy, known to many as “The Second Most Powerful Man in the World.”

Leahy, one of the longest-serving naval officers ever to serve in the U.S. Navy, almost never joined the Navy. He originally wanted to attend West Point. His congressman only had appointments to the U.S. Naval Academy. Leahy graduated from Annapolis in 1897 and went on to serve in every major American war that took place in his lifetime.

Leahy was a naval officer during the Banana Wars, participating in the occupations of Haiti, the Dominican Republic, and Nicaragua before World War I. It was during the First World War that he commanded a troop ship and became the U.S. Navy’s director of Gunnery. After the war ended, he finally put on flag rank in 1927.

Throughout his naval career, he learned many lessons. He was appalled at the indiscriminate use of naval artillery in Cuba, the widespread use of torture in the Philippines, and the German Army’s used of long range artillery to bombard Paris in World War I. He considered all of these actions barbaric and cruel.

When he was tasked with implementing limitations of naval construction after World War I, he was equally shocked at how canceling construction of planned naval ships forced people out of work during the Great Depression. When Franklin D. Roosevelt was reelected president in 1936, Leahy was appointed Chief of Naval Operations.

As the chief, he met with Roosevelt frequently and the two formed a close friendship that went beyond their duties. The two agreed that in the face of the Japanese invasion of China, the U.S. should begin building warships once more. At the end of his tenure as CNO, Roosevelt appointed Leahy first to Governor of Puerto Rico and then Ambassador to France. While Leahy was in France, however, the French government fell to the Nazis in 1940.

Leahy could not convince the Vichy government to stay in the Allied camp, so he was recalled to Washington, where the president had another role in mind: Leahy was recalled to active duty. The U.S. was now embroiled in World War II and Leahy’s new title was Chief of Staff to the Commander in Chief, essentially the country’s first Chairman of the Joint Chiefs of Staff.

As chairman, Leahy did not agree with the British Mediterranean Strategy, but supported his friend and boss, President Roosevelt in the decision to invade North Africa. Together with the other Chiefs of Staff, he promoted a plan for a cross-channel invasion of Europe in 1944.

Before long, Leahy was Roosevelt’s most trusted advisor. In December 1944, Leahy was promoted to Fleet Admiral, the Navy’s five-star rank, the first Navy officer to hold the rank. When Roosevelt died, President Harry S. Truman kept Leahy on in the same role. The old admiral would stay on active duty until 1949. He died ten years later.