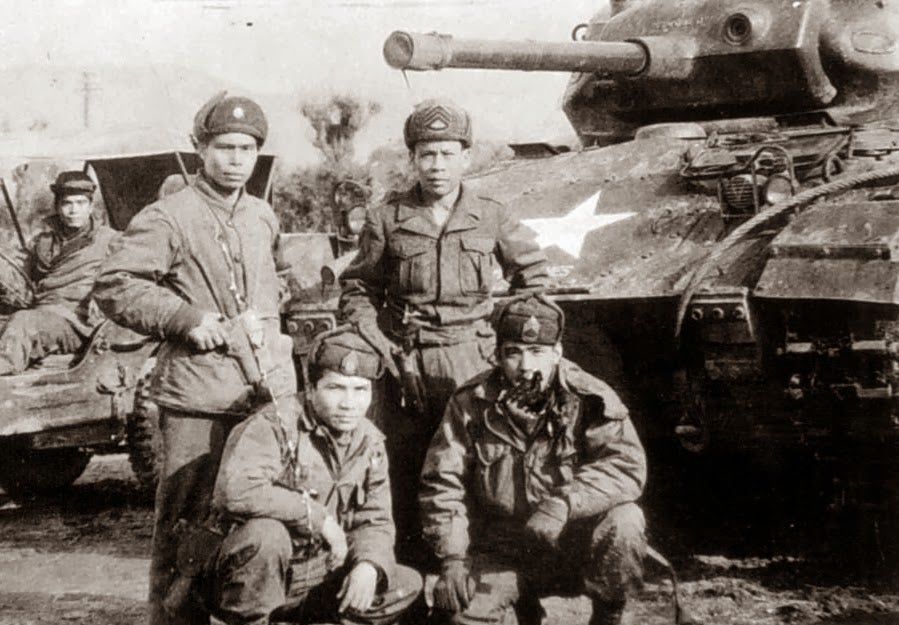 The history of warfare is full of heroic last stands. From the 300 Spartans at Thermopylae to the Texians and Tejanos at the Alamo, numerically inferior forces have stood up to overwhelming odds with great bravery. However, these all-out efforts usually end with statistics winning over and the smaller forces being wiped out. This was not the case for a Filipino UN Battalion at the Battle of Yultong during the Korean War.

The history of the Philippines is one of armed conflict. From Portuguese explorers and Spanish colonists to Japanese invaders and radical Islamic terrorists, Filipinos have been fighting for centuries. Their ferocity on the battlefield during the Philippine-American War even necessitated the development of the powerful .45 ACP cartridge. Filipino resistance against the Japanese during WWII impressed the great General Douglas MacArthur. “Give me ten thousand Filipinos and I shall conquer the world,” he said. Although MacArthur’s words were hyperbolic, the performance of the 900 Filipinos at Yultong lends validity to his claim.

In September 1950, 7,420 volunteer Filipino soldiers deployed to Korea as part of the UN Coalition. The first of the Philippine Expeditionary Forces to Korea to arrive in Pusan was the 10th Battalion Combat Team. Made up of 64 officers and 1,303 enlisted soldiers, the 10th BCT was only Filipino mechanized armor unit. However, the battalion did not receive their M4 Sherman medium tanks and only a few of their M24 Chaffee light tanks arrived with them. As a result, the 10th BCT was turned into a heavy weapons unit and saw heavy fighting soon after their arrival.

By April 1951, the 10th BCT had been attrited by combat and cold to 900 soldiers. By then, the battalion was attached to the U.S. 3rd Infantry Division. Along with two battalions of the Puerto Rican 65th Infantry Regiment and a brigade of Turkish UN soldiers, the Filipinos were assigned to defend the Imjin River. To their north, the Chinese People’s Volunteer Army amassed its 12th, 15th, and 60th Armies for what would become known as the Chinese Spring Offensive.

On the evening of April 22, the Chinese began their attack with an artillery barrage on the Turkish position. Then, heavy artillery and mortar fire struck the American lines followed by small arms and machine gun fire. Wave after wave of Chinese troops smashed into the allied lines and fierce close-quarter fighting ensued. Initially, communication between the frontline and the rear headquarters was cut off. However, when communication was restored, a retreat was ordered.

The Turks completely withdrew and crossed south of the Hantan River to safety. Meanwhile, the 65th Infantry Regiment’s 2nd Battalion was forced to fall back several hundred yards by the unrelenting Chinese attack. However, the 29th and 44th Divisions of the Chinese 15th Army eventually surrounded the 65th and cut off their retreat. With both their left and right flanks unprotected, the 900 men of the 10th BCT were left alone to stand against tens of thousands of Communists.

Facing an entire Chinese Division, every soldier in the battalion took up arms. Drivers, typists, clerks, medics, cooks, and even the battalion chaplain readied to fight. The initial Chinese attack cut through the 10th BCT’s line and separated its frontline companies. Many Filipinos were killed or captured in the initial fighting including Able Company’s commander, Lt. Thomas G. Batilo. Baker Company, under the command of Lt. Jose Artiaga, Jr., was forced to abandon their strategic position on Yultong Hill. The company fought an effective fighting retreat, but the Chinese waves eventually pushed them back to Charlie Company’s position in the reserve area where Artiaga was killed. He was posthumously awarded the Philippine Distinguished Conduct Star.

Despite their best efforts, the Filipino troops were losing too much ground. The battalion commander, Lt. Col. Dionisio S. Ojeda received the retreat order and issued it to his men. All of the 10th BCT’s companies complied except for Capt. Conrado Yap’s Heavy Weapons Company. With the battalion’s only tanks, Yap led a counterattack towards Yultong Hill to rescue Baker Company survivors and recover the dead. Yap blazed a trail of fire, his tank crew firing their main gun as quickly as they could while he stood in the commander’s hatch and gunned down Communist soldiers with the tank’s mounted machine gun.

The counterattack caught the Chinese off guard and Yap’s company made it to Yultong Hill. A squad of survivors was rescued and brought back to friendly lines. Unfortunately, Capt. Yap was struck by machine gun fire and killed while conducting a head count of his men and directing the withdrawal. He was posthumously awarded the Philippine Medal of Valor (equivalent to the Medal of Honor), the U.S. Distinguished Service Cross, and the Korean First Taeguk Cordon of the Order of the Military Merit.

With the Chinese attack blunted by Yap’s counterattack, the 10th BCT reorganized and established a defensive line that held into the early morning. This provided cover for the retreat of the 65th Infantry Regiment and the rest of the 3rd Infantry Division. With their allied units safe, the 10th launched a counterattack with the entire battalion and retook Yultong Hill. The intense nighttime battle left 12 Filipinos killed, 38 wounded, and 6 missing. However, over 500 Chinese soldiers lay dead on the field with another 2 captured. The battle earned the 10th BCT the nickname “The Fighting Filipinos.” Despite the national suffering and poverty that the country suffered during and after WWII, the Battle of Yultong and the Filiipino commitment to the Korean War demonstrated their resolve to preserve liberty and freedom around the world.