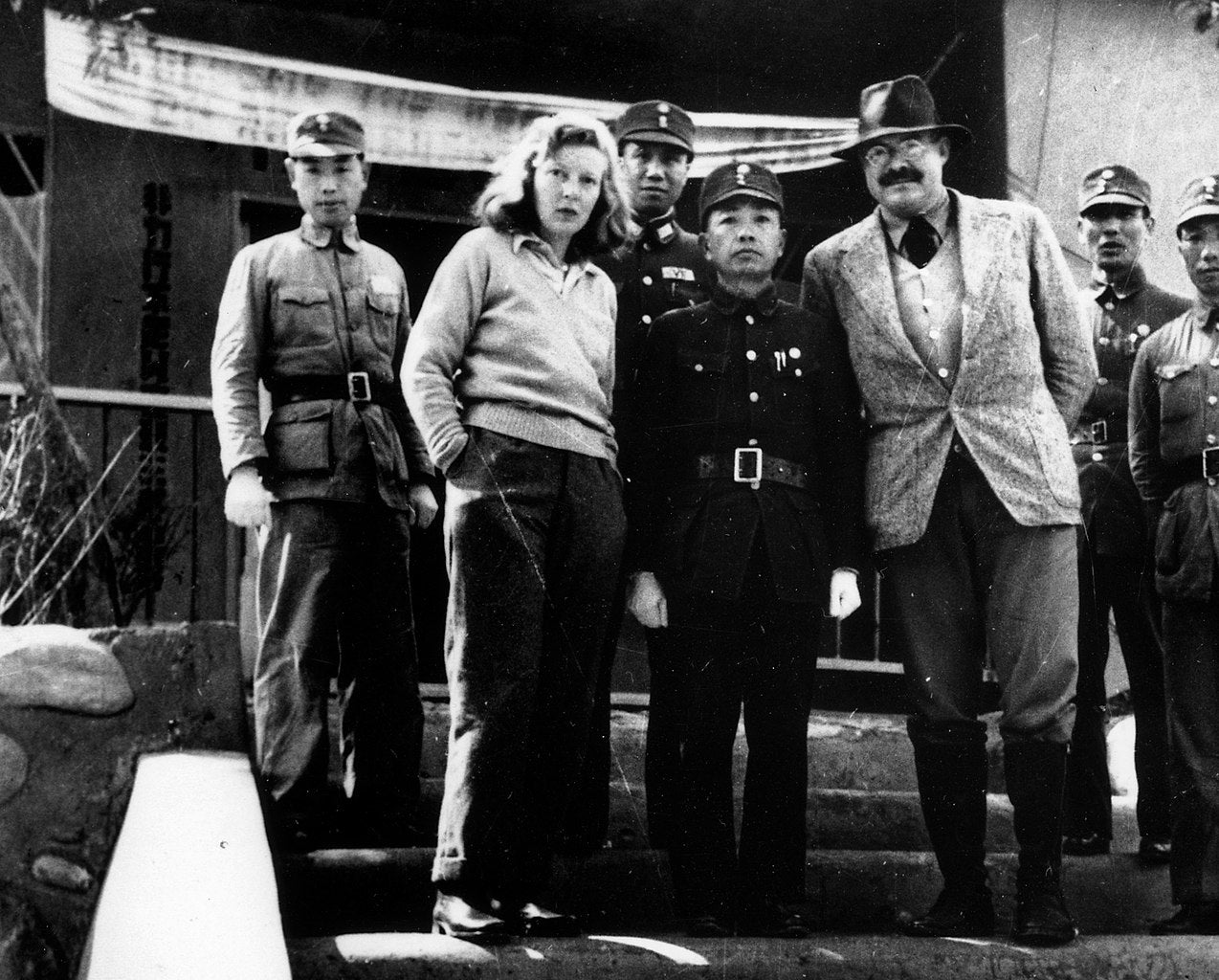 A person who lived a life like Ernest Hemingway would of course have a spouse as badass as he was. Martha Gellhorn, who was married to the famous novelist, was one of the world’s foremost war correspondents of the 20th Century. The Martha Gellhorn Prize for Journalism is named after her. She even ended her own life on her own terms, rather than let cancer do it for her.

When Gellhorn first started as a journalist, she came to Madrid in 1937 with just a knapsack of personal effects, $50, and an assignment to cover the ongoing Spanish Civil War for Collier’s Weekly. That’s where she first met Hemingway. Both were in Spain covering the war, and they soon married. She was his third wife, he was her second husband. She would also be the only one of Hemingway’s wives to leave him, instead of the other way around.

Her career spanned more than 50 years, from the Spanish Civil War of the 1930s, to the U.S. Invasion of Panama in 1989 – a conflict she covered at age 81. By the time she was asked to cover the ongoing conflict in Bosnia in the 1990s, she was finally too old for war.

After the Spanish Civil War, she moved on to Germany, where she reported about the rise to power of Adolf Hitler and the Nazi Party. Then, she moved on to Czechoslovakia where she reported on the Munich Agreement, where Europe appeased Hitler’s ambitions by ceding the country to the Nazis. When World War II broke out, she would go wherever the war went, from Finland to Hong Kong and many places in between.

When it came time for the Allies to invade Hitler’s Fortress Europe, she applied for a press credential to land at Normandy, almost as fast as she could The British government denied her request, not officially because she was a woman, but no female reporters were approved to land at Normandy.

That would not deter a journalist like Gellhorn. She didn’t have the credentials to board a hospital ship bound for the war in Europe, but she had the drive and the guile. She posed as a nurse to board the ship and locked herself in a bathroom for the duration of the voyage. When she arrived, she saw the wounded men and became a stretcher-bearer.

Gellhorn landed on Normandy on June 6, 1944, the only woman to land on D-Day.

Hemingway and Gellhorn were married in 1940, but lived together only sporadically during the years of World War II. Gellhorn left their estate near Havana, Cuba to cover the Italian Front in 1943. Hemingway would later go to cover the war himself. Knowing an Allied invasion of France was imminent, Gellhorn secured Hemingway a seat on a Royal Air Force plane bound for England.

Gellhorn, her own travel blocked by Hemingway, found her way to England through an ocean voyage, arriving in London 11 days after Hemingway. The voyage and life with Hemingway, who would often get restless and contemptuous with his wives, was too much for her. She ended the marriage and they were divorced in 1945.

Her career covering conflicts continued after World War II ended, long after. In 1961, she moved to Israel and lived with Palestinians whose existence was disrupted by the creation of the Jewish State. She also covered the trial of Adolph Eichmann, who was forcibly repatriated to Israel to face trail for being the architect of the Holocaust.

In the 1960s and 1970s, she went to Vietnam to cover the war between North and South, along with the U.S. involvement there. By the end of the 1970s, she had turned 70 years old, but was far from finished. She spent the 1980s covering the civil wars of Central America and the aforementioned U.S. Invasion of Panama in 1989.

By 1998, she was suffering from ovarian cancer and was nearly blind. She took her own life that year in London, swallowing a cyanide capsule to end her pain. She was 89 years old.