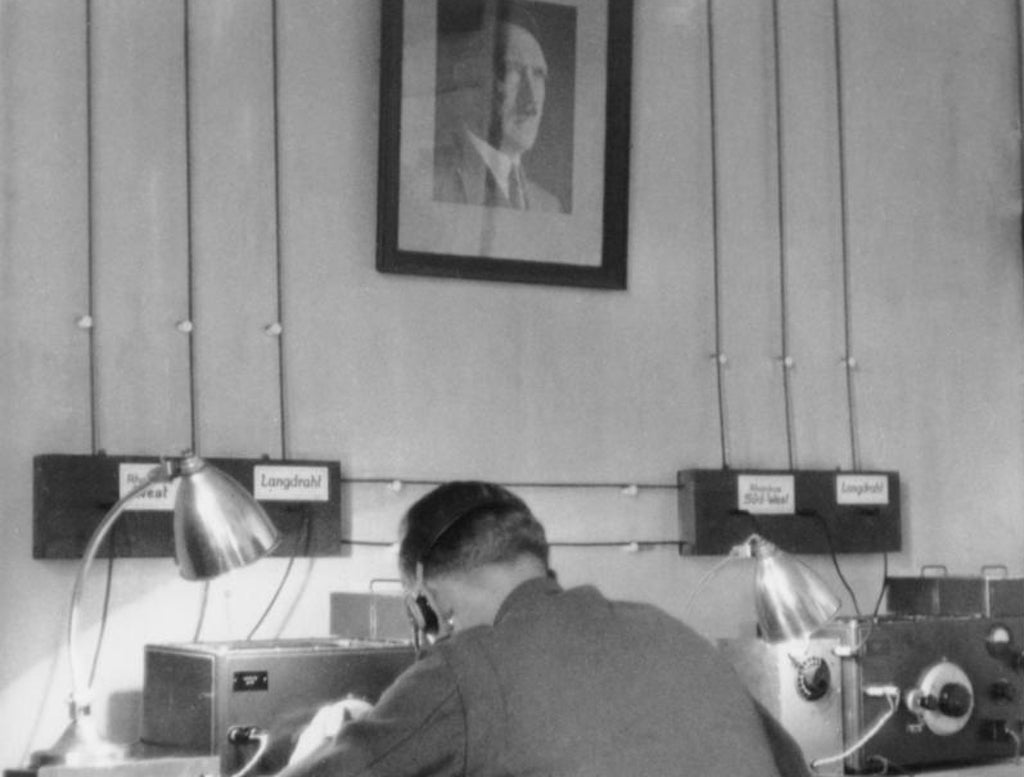 In April 1943, Gestapo troopers stormed the office of Hans von Dohnanyi, an agent of the Abwehr, Nazi Germany’s intelligence agency. Von Donanyi had transferred funds illegally to Switzerland in order to help Jews he’d saved from persecution earlier in the war. In 1944, the Gestapo discovered the same man had a role in the July 20th plot to assassinate Adolf Hitler and sent him to Sachsenhausen concentration camp.

When the Nazis discovered proof of his role in the plot through his office papers, they labeled him “the spiritual head of the conspiracy” against the German Fuhrer. Hitler ordered the SS to execute Dohnanyi, which was carried out on April 6, 1945 — one month before the war ended.

Dohnanyi was guilty of all those “crimes” against the Nazi German state. He had used his position as one of the regime’s most trustworthy associates to actively work against the Nazis for the entire time Hitler was in power. He had begun his career working in the German Empire’s justice ministry. When Hitler came to power in 1933, he continued his work, which now gave him access to all the regime’s secrets.

But Dohnanyi didn’t need secret files to know about Hitler and the Nazi’s crimes. He saw with his own eyes the extrajudicial murders of political opponents and other “undesirables” during the 1934 Night of the Long Knives, where Hitler’s henchmen killed members of the Nazi SA and former German statesmen who opposed Hitler, killing at least 85 people, but possibly hundreds.

Now an intelligence operative in the Abwehr, Dohnanyi began making records of the regime’s crimes in case the government collapsed and there would need to be evidence to bring those responsible to justice. But it became known that he didn’t entirely support the Nazi Party and he was sent to a small court in Leipzig, out of the way of more prominent believers in the party and its goals.

This move caught the attention of the Abwehr, the German High Command’s intelligence service. Its leader, Wilhelm Canaris had been opposed to the regime since at least 1939 and one of its leading generals, Hans Oster, had been a secret opponent since 1938. Dohnenyi was suddenly in good company, and the three (along with other anti-Hitler intelligence agents) turned the intelligence service into their resistance headquarters.

Dohnenyi could be now confident that his records would be kept a secret, due to the nature of his secret intelligence work, but he, Canaris, and Oster also used their positions to actively work against the Nazis inside Germany. They recruited other resistance figures into the organization and used their work as a cover for resistance activities.

The Abwehr worked against the German attempt to seize Gibraltar from the British, tried to warn the Soviet Union about the coming invasion called “Operation Barbarossa,” and betrayed the entire German spy ring inside the United States. They were also instrumental in saving hundreds of Jews from concentration camps. Dohnanyi was himself instrumental in saving Jews, making assassination attempts on Hitler himself, and saving other suspected subversives from the gallows. Eventually, however, the SS caught on to the Abwehr.

They began to suspect Canaris and arrested him. They found all the evidence of the Abwehr’s work against the regime in Canaris’ diary. The intelligence agency was dissolved after it was found that they had made numerous attempts on Hitler’s life, rescued Jews and sabotaged German war efforts. Canaris and Oster were executed shortly before Dohnanyi. Dohnanyi was declared “Righteous Among the Nations” by Israel’s Yad Vashem Holocaust Memorial and his name was added to the Wall of Honor in Jerusalem. A campaign is underway to have Canaris added to the list.