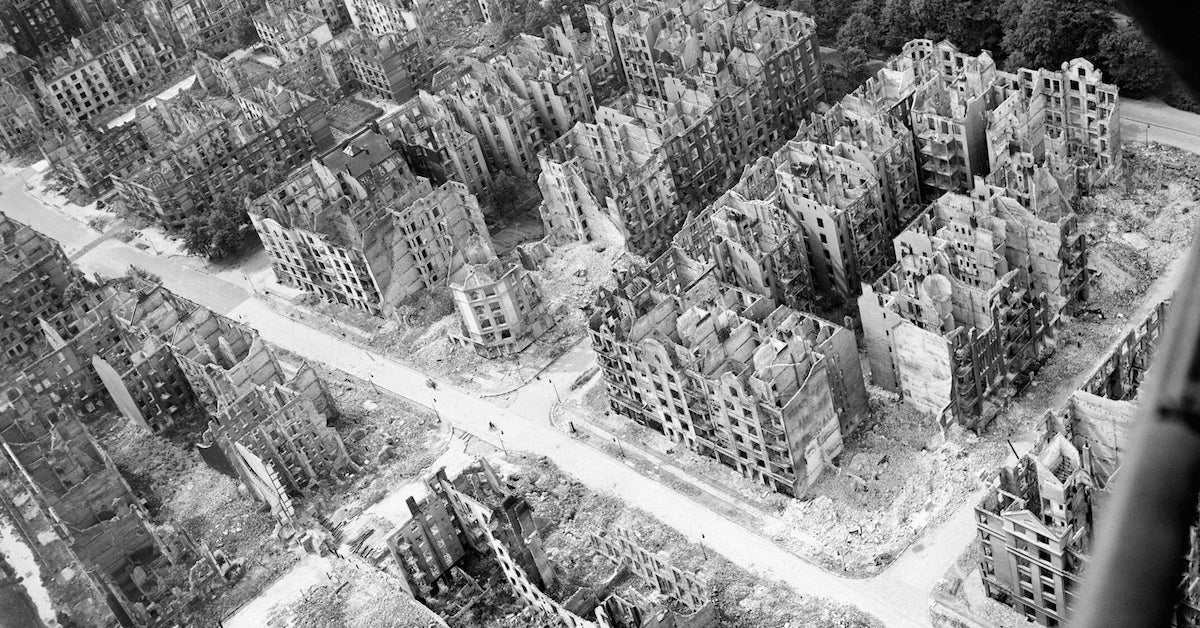 The Battle of Britain began the summer before, with the German Luftwaffe launching large scale attacks against the United Kingdom. On Nov. 14, the English city of Coventry suffered its most devastating attack of the war. The German Blitz dropped high explosive bombs, aimed at Coventry’s factories and industrial infrastructure, but destroying monuments and residential areas as well.

The Blitz had shown Great Britain how effective a bombing campaign could be against enemy targets and morale — especially the use of incendiary explosives.

Whether the Royal Air Force’s next move was in response to Coventry’s destruction or if it was pre-planned is still debated, but nonetheless, on Nov. 16 over 200 R-A-F aircraft raided the city of Hamburg, aiming for the Blohm & Voss shipyard and causing over 60 fires with high explosive devices meant to blow out windows, delayed action fuses to suppress fire fighting efforts, and incendiaries to ignite conflagrations.

Hamburg’s port and industrial center, shipyards, U-boat pens and oil refineries remained targets of the Allies for the remainder of World War II in what became a “total war” tactic. World War II may be defined by the inclusion of civilian-associated resources and infrastructure as legitimate military targets, from Germany’s blitzkrieg over London to the atomic bombs dropped on Japan.

Featured Image: Royal Air Force Bomber Command, 1942-1945. Oblique aerial view of ruined residential and commercial buildings south of the Eilbektal Park (seen at upper right) in the Eilbek district of Hamburg, Germany. These were among the 16,000 multi-storeyed apartment buildings destroyed by the firestorm which developed during the raid by Bomber Command on the night of 27/28 July 1943 (Operation GOMORRAH). The road running diagonally from upper left to lower right is Eilbeker Weg, crossed by Rückertstraße.