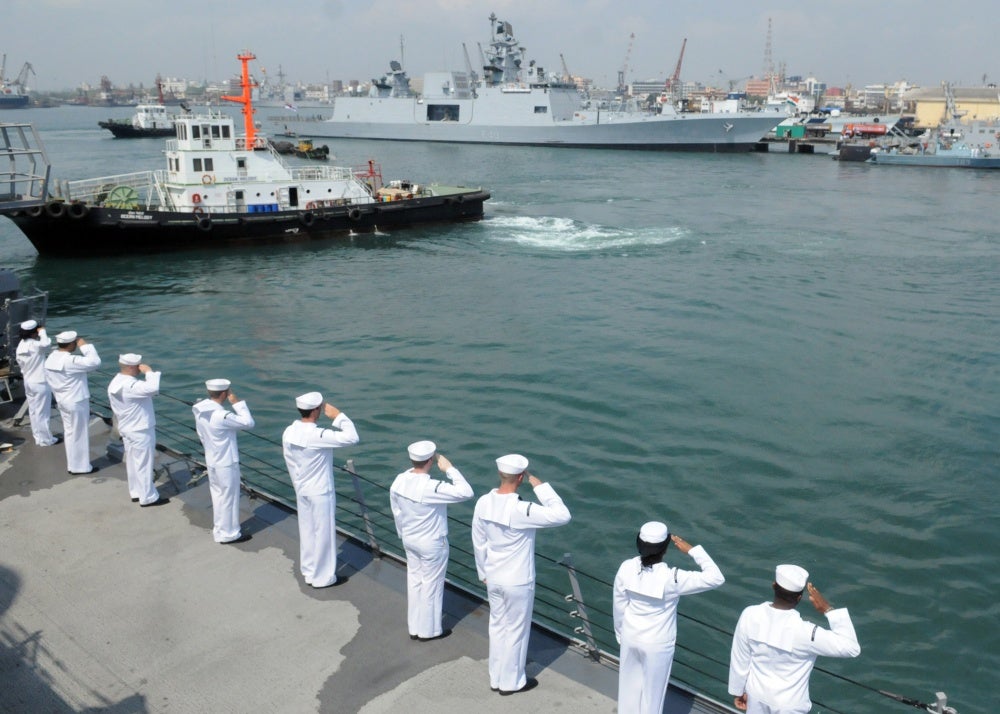 John Paul Jones is “the father of the American Navy,” as a result of his decisive victories from 1776 to 1779 and how he laid the groundwork for the American Navy. But, he also served the governments of Britain and Russia.

John Paul was the son of a gardner, born in Scotland in 1747. In 1760, he was apprenticed to a captain of a British merchant ship. For the next 13 years, he served the Crown and private industry well, even though he may have abandoned a position as first mate on a ship after he became fed up with the slave trade.

In 1773, he was in command of the John, a trading brig, when he was attacked by by two sailors who wanted their wages early. Paul killed one of the men in the ensuing scuffle and ran to the American colonies out of the fear of facing an unfair prosecution.

There, he took the name John Paul Jones and sympathized with the rebellion that was taking root. When the war began in 1775, he joined the Continental Navy and was assigned to the Alfred as the first mate before being promoted to commander of the Providence.

As a commander, he was ordered to attack the British in European waters. He had a number of successful cruises, including one where he captured 16 British ships as prizes. After commanding the Providence, Ranger, and the Alfred, he got his own 40-gun ship, the Bonhomme Richard.

In 1779, Jones fought an epic battle against the British. From his flagship, he led three more American ships against the HMS Serapis and the HMS Countess of Scarborough.

Most of the action took place on the flagships after the Bonhomme Richard rammed the Serapis and they became locked together. Jones’ Marines fired on the British decks for hours, clearing them as cannon crews in both ships fired on each other from point blank range.

When the British commander offered Jones the chance to surrender the heavily damaged and sinking Bonhomme Richard, Jones yelled out, “I have not yet begun to fight!” Jones and his men continued to battle the British, ultimately defeating them after a grenade thrown from the Bonhomme Richard detonated a store of powder, killing 20 British instantly and wounding many more.

The Serapis surrendered soon after, and Jones took it and the Countess of Scarborough as prizes while the Bonhomme Richard was allowed to sink to the bottom of the Atlantic.

This battle and his previous campaigns made Jones a hero in America. But, after the war the U.S. Congress disbanded the Navy, so Jones went to Europe where he was employed by Catherine the Great, Empress of Russia.

Jones fought as a rear admiral against the Turks in the 1787-1792 Russo-Turkish War. The Russians were ultimately victorious in the but Jones returned to France in 1790 while the two sides were still fighting.

It was there in Paris where he died in his bed two years later. He was buried in a Parisian graveyard where he remained until 1905 when he was transferred to the U.S. by four cruisers dispatched by President Theodore Roosevelt for that purpose. He was interred in the U.S. Naval Academy Chapel in 1913.