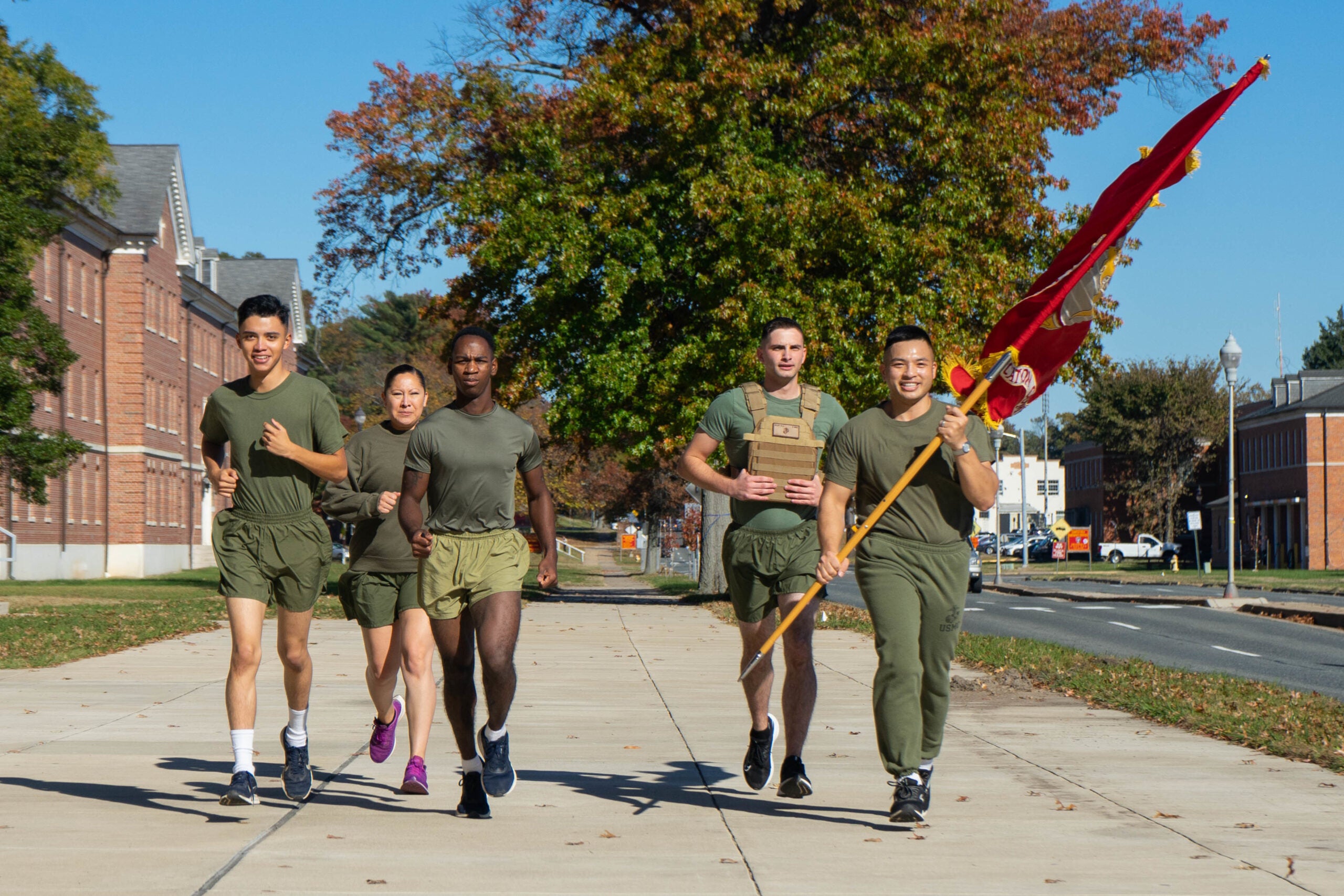 If you’re one of the lucky among us to celebrate a Marine Corps birthday with a ball, then you know how passionate Marines are about their birthday celebration. There’s cake and cocktails and speeches and songs – basically everything you could ever want from a birthday bash. But why do the Marines celebrate their birthday on November 10? Read on to find out how America’s Devil Dogs rejoice on their big day.

History of the Marine Corps

Before 1921, American Marines celebrated the Corps on July 11. Then, on October 21, 1921, Major McClelland sent a memo to then-Commandant John Lejeune suggesting that the Marines’ original birthday of November 10 be declared a Marine Corps holiday. Lejeune followed the advice and issued Marine Corps Order 27. The order details a brief history of the Marine Corps and is read to the entire fleet each year.

What we know today as the United States Marine Corps got its start as part of the Continental Marines of the Revolutionary War. A Second Continental Congress resolution allowed Captain Samuel Nicholas to raise two battalions of Marines on November 10, 1775. After the Revolutionary War, the Marines disbanded but reformed in 1798 to prepare for a war with France. Since forming, Marines have participated in every major American conflict. Find out more about the USMC history here.

How Marines Celebrate Themselves

Over the years, the Marine Corps birthday has grown in both pageantry and importance. There are no official reports, but old-time Jarheads used to swear by the fact that the first Marine birthday ball was held all the way back in 1925. Since then, Marines have held dances, musical performances, pageants, and sporting events to celebrate another year.

Celebrations took on a formal nature in 1952. That’s when Commandant Lemuel Shepherd decided there needed to be an official cake cutting ceremony. By 1956, the ceremony was part of the Marine Drill Manual. It’s widely believed that no matter where a Marine is in the world on November 10, they’ll be celebrating the Corps birthday.

Each year, the first slice of cake is given to the oldest Marine present. In turn, that Marine gives it to the youngest. This symbolizes passing knowledge from one generation of Marines to the next. After the cake is cut, a Marine will read Marine Corps Order 27. Each year, it’s republished along with a message from the current Commandant. Sometimes, a birthday bash will include a fashion show highlighting Marine Corps uniforms over the years. This also serves as a visual representation of the history of the USMC. Active duty Marines will probably find themselves doing a unit run on November 10, too.

Marines local to the Philadelphia area often meet at the Arch Street Friends Meeting graveyard to lay a wreath at the grave of Samuel Nicholas in honor of his contributions to the founding of the Corps.

It’s Not Just a Birthday

Marines value never backing down from a fight, no matter the odds. It’s written right there in the USMC core values of honor, courage, and commitment. So, the Marine Corps birthday is about more than just celebrating the USMC’s age. It’s about stopping for a moment to honor all the Marines who have led the path and formed a trail. Clearly, it meant something significant to Commandant Lejeune, who declared the day an official Marine holiday. It’s a reminder to all Marines past and present to lead by example and to be the symbolic representation of the Corps, even long after a Marine has taken off their uniform. Every single Marine Corps birthday is important because it serves as a reminder that tradition is one of the many things that separates the Marines from, well, the rest of us.

The nickname “Devil Dogs” comes from the German nickname “Teufel Hunden.” Marines earned this name after their heroic fighting in France during World War I at the Battle of Belleau Wood.

The oldest and continuously active professional music group in America is the President’s Own Marine Band. They’ve been performing since 1798.

Speaking of music, the Marine Corps hymn is the oldest official song of America’s military.

The Eagle, Globe, and Anchor isn’t just an emblem. In fact, each element of the EGA has a specific meaning. The eagle reflects freedom in America, while the globe represents the Corps’ commitment to serving worldwide and the anchor is a reminder of the USMC’s close ties with the Navy.

What happens at a Marine Corps birthday ball?

Expect a cake cutting, the reading of the Commandant’s message, a reading of Order 47, and a lot of fun! Here are 5 traditions you’ll see at a ball.

Is it hard to be a Marine?

Marines are often in austere locations and face difficult assignments. But that’s why not everyone can call themselves Marines.

Who was LtGen Lejeune?

What is “the fleet?”

The Fleet is the name that Marines give the Corps beyond the training pipeline of recruit training and MOS school.