Today in military history: Chinese overwhelm Allies in North Korea - We Are The Mighty 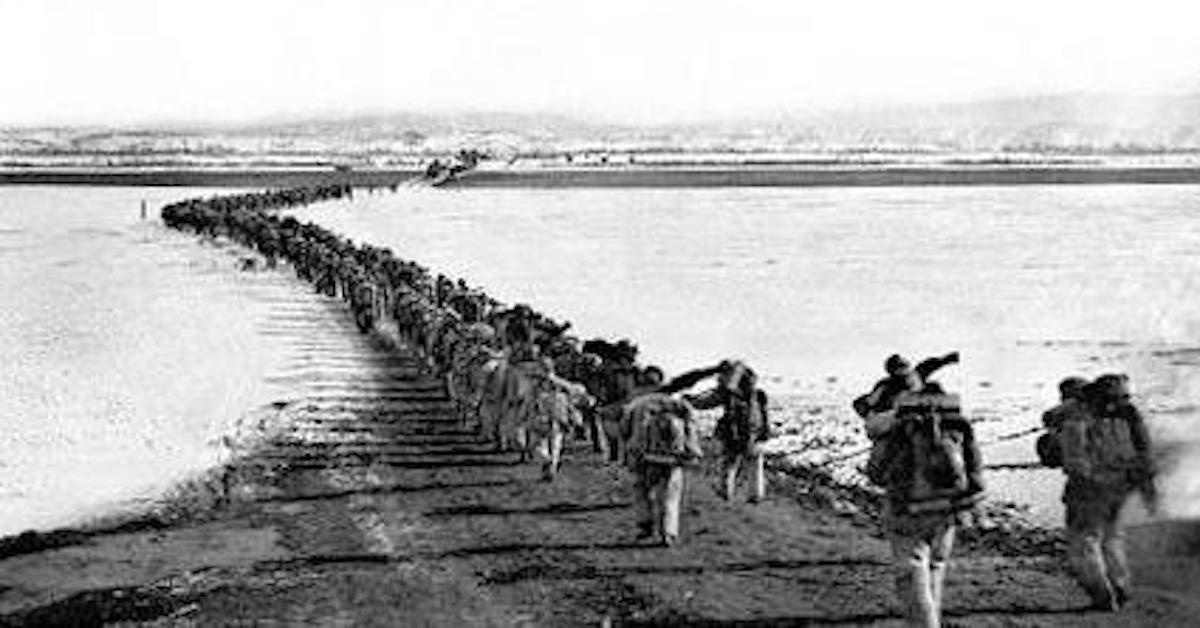 On Nov. 29, 1950, Chinese forces overwhelmed the Allies in North Korea.

When North Korean forces, backed by the Soviet Union, crossed the 38th parallel to attack South Korea in June of 1950, the United States intervened, rapidly driving the communists back north. What could have been an Allied victory turned into a retreat when Chinese communist troops entered the fray.

By the end of summer 1950, President Truman and General Douglas MacArthur, commander of the Asian theater, had set a new goal for the war in Korea. They set out to liberate North Korea from the communists. However, as China caught wind of this, they threatened full-scale war unless the United States kept its troops away from the Yalu boundary. The Yalu River was the border between North Korea and communist China.

Under heavy fire from the Chinese army, the Allies desperately retreated south below the 38th parallel, which would remain the dividing line for the rest of the war and beyond. After the conflict ended in armistice in 1953, the 38th parallel would become a heavily armed demilitarized zone, which remains contentiously guarded to this day.

There are those that refer to the Korean War as, “the forgotten war” as it did not receive the same kind of attention as did World War II or the Vietnam War. However, despite the lack of attention given to it, the Korean War was one of great loss for both sides involved – both civilian and military. Even now, 70 years later, the Korean War is given less notice than other conflicts and wars in history. It is just as important and just as worthy of remembrance as anything else.