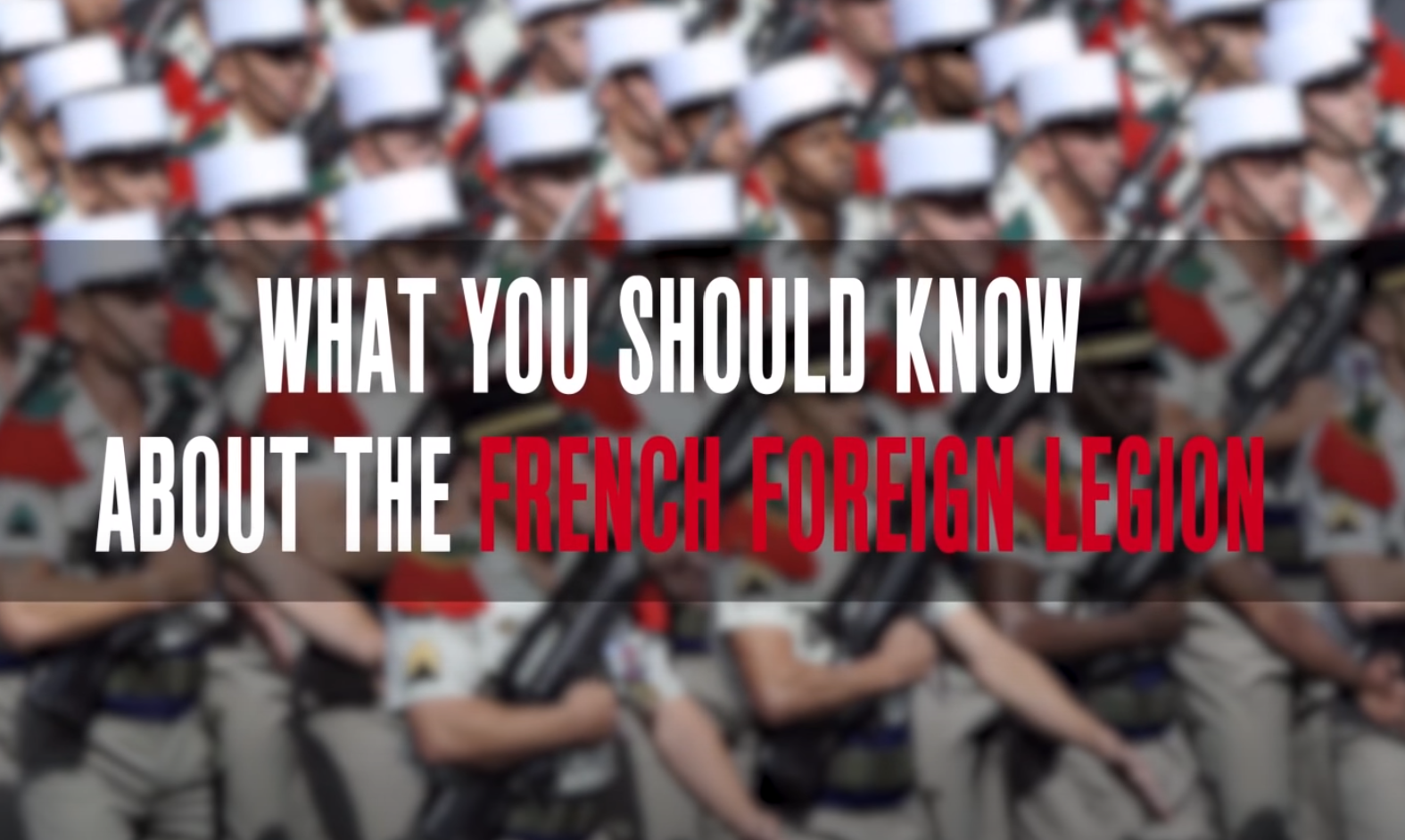 The French Foreign Legion is one of France’s elite fighting forces, filled with men who are ready and willing to do extreme violence on France’s behalf. When 1930s Germany started looking at its neighbors with greedy eyes, it knew that it had to do something about the Legion.

Germany saw its opportunity in the large number of Legion noncommissioned officers who were German by birth. The Nazis hatched a plan to send droves of men to the Legion. These men would then convince German noncommissioned officers to betray the Legion. The spies would also collect lists of Jewish legionnaires and other groups targeted by the Third Reich for extermination.

Somewhere around 80 percent of French Foreign Legion NCOs were German, so this was no idle threat. The Legion quickly caught on to the Nazis’ plan and began screening German recruits carefully.

Still, many Nazi agents got in before the heightened scrutiny began. Legion leaders, knowing they were compromised, began sending suspect Legionnaires to low-risk postings like road construction. At the same time, Legionnaires who might be targeted by the Nazis were sent to far-flung outposts in North Africa.

The level of German sympathies in the Legion was bad enough that France debated whether or not to deploy Legion units from their headquarters in Algeria to France ahead of the possible German invasion. They settled on recruiting new Legionnaires from anti-Nazi populations, such as political refugees from Germany and French reservists, and brought loyal Legionnaires from North Africa to train them.

Nine new regiments were raised but most lacked the standards and experience of the true French Foreign Legion. Most of these units were sent to the front before the Germans invaded and they fought bitterly to resist the blitzkrieg when it was launched. When war broke out, the Legion also took the preventative measure of arresting German Legionnaires suspected of being Nazi spies.

The Legion has a long and proud history of fighting well past when other units would have surrendered, and the Legion units fighting in France upheld that tradition. Most continued fighting even after taking losses of 75 percent or more, only ceasing when ordered by their commanders after the Armistice was signed.

The 11th Foreign Infantry Regiment, knowing it would likely be wiped out, even burned its colors to prevent their capture before launching a series of delaying actions to buy other units time to retreat.

After the Armistice was signed, Germany demanded that their spies be allowed to leave the Legion. The true Legionnaires were happy to see them go.

Those spies took lists of people considered “undesirable” with them, and the Legion quickly had to make false papers to protect them from arrest by the Nazis. Many were shipped under new names to remote outposts where the Nazis were unlikely to look for them.

Unfortunately, about 2,000 men were found out by the Nazis. Most were sent to a new German unit, the 361st Motorised Infantry Regiment, and forced to fight for Germany.

At the same time, Legion units split into three groups. Some of the newer units, filled with recruits who had joined “for the duration of the war,” were disbanded. Others joined the Free French Forces under Gen. Charles de Gaulle and continued to resist the Germans. A few units, mostly those in areas already controlled by the Germans, joined the Vichy French forces and fought against the allies.

In one battle in Syria, this actually resulted in men from the Free French Foreign Legion fighting those from the Vichy French Legion. Following the Legion’s mantra, “The Legion is our Fatherland,” the treated prisoners and wounded from the opposing Legion with special care.

Ultimately, the Free French Foreign Legion won and continued supporting the Allies well into the invasion of Germany.