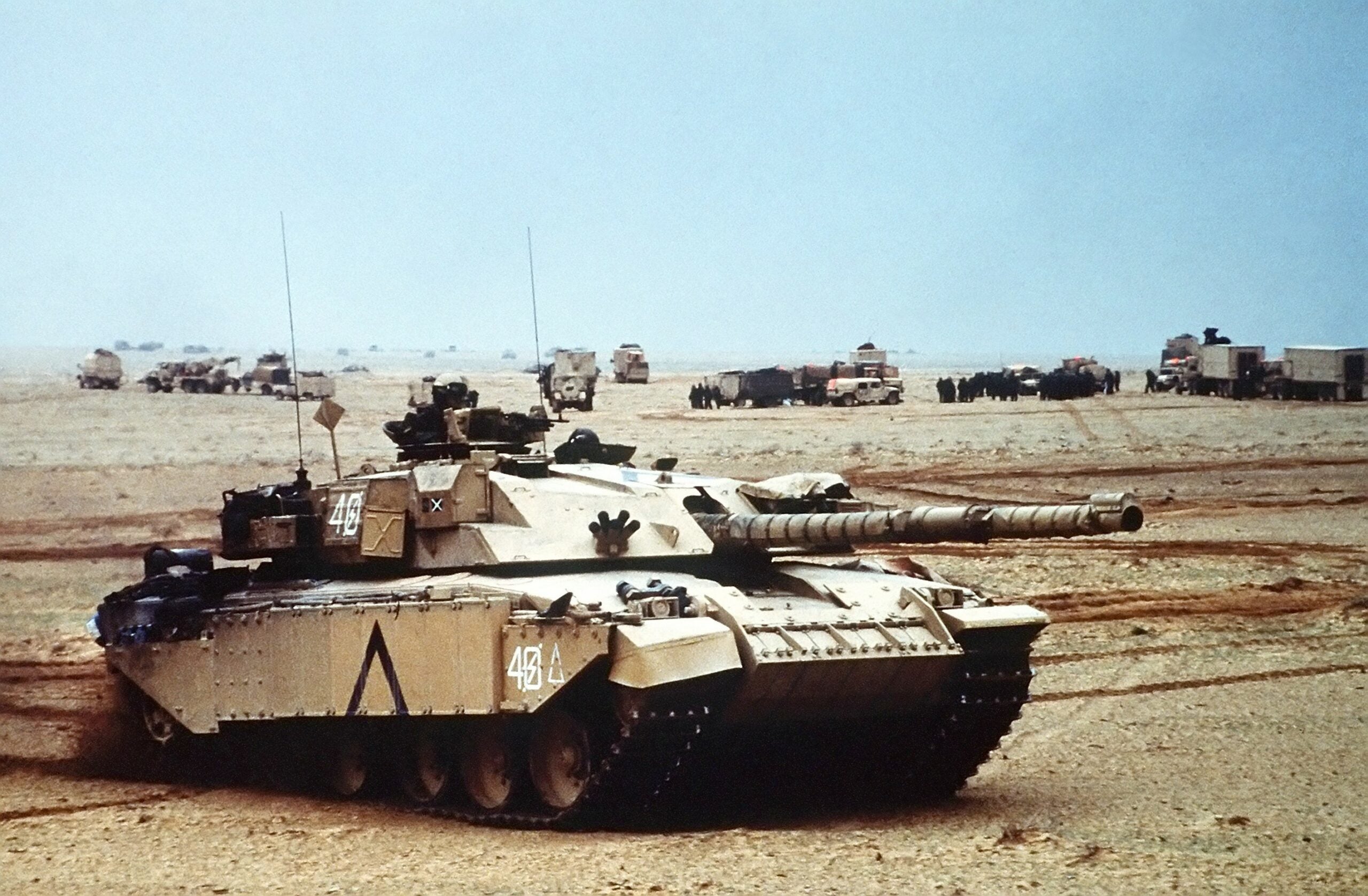 Britain’s Challenger-1 tank was originally designed to be sold to the Shah of Iran, but with the Iranian Revolution in 1979, that sale was cancelled. Britain developed the tank for its own use instead, and it’s a good thing it did. The Challenger 1 became one of the most effective tanks in the history of armored warfare.

The British didn’t even realize what a powerful weapon system they built until it was battle-proven in combat fighting Saddam Hussein’s Iraq in desert combat. The Challenger was about to make combat history.

In 1991, the United Kingdom deployed 221 of its Challenger tanks to Saudi Arabia as part of the Gulf War. The Challengers were its contribution to the Coalition to oust Iraq from nearby Kuwait, Operation Granby. During Desert Shield, the UK’s 1st Armoured Division was the easternmost unit of the famed “left hook” that outflanked the Iraqis in Kuwait while protecting the invasion force’s main flank.

The chief concern of British commanders were the Iraqi’s Soviet-built T-72 tanks. The British made special modifications to their tanks that would increase its survivability in desert combat. They even flew out engineers from Vickers, the company that manufactured the Challenger tanks, to make the modifications.

On the morning of Feb. 24, 1991, the ground campaign of Operation Desert Storm was launched and the British 1st Armoured Division rolled along with it. Over the course of the next two days, British Challenger tanks knocked out an estimated 300 Iraqi tanks. Their fears over the T-72 were overblown. The Iraqi Republican Guard wasn’t even present, having been withdrawn before the battle.

According to some historians, Iraq’s main battle tank was no match for the Challenger. With improved reactive armor and some carrying powerful depleted uranium shells, the Challenger easily cut through its enemies. Moreover, the Iraqis were totally unprepared for a tank of its ability, with one Iraqi commander claiming he’d never seen a Challenger until it was rolling up to his doorstep that February morning.

To top off its offensive and defensive capabilities, the Challengers also featured an advanced global positioning system and a Thermal Observation and Gunnery System that allowed it to see at night, through smokescreens and in the poor visibility of the battlefield caused by massive oil fires, lit by retreating Iraqi troops.

The Challenger 1’s most significant tank kill came at this time, and has been (mostly) well-documented. A Challenger with the callsign 11B fired at an Iraqi main battle tank from a distance of more than 5,100 meters – just above three miles – with an armor-piercing fin-stabilized discarding-sabot round, the longest tank-on-tank kill ever.

Although the 5,100 meter distance is what is often recorded in history books, at least one British tanker who was in the battle says the kill came at only 4,700 meters, just shy of three miles. If he’s right, It would still be the longest tank-on-tank kill and would be no less impressive, considering the tank’s operation range is 1,200 meters, more than a third of that distance.

Saddam Hussein’s Iraqi Army failed to take out a single Challenger 1 tank and the only ones that didn’t make it through the entire battle did so because of technical issues, not due to enemy action.