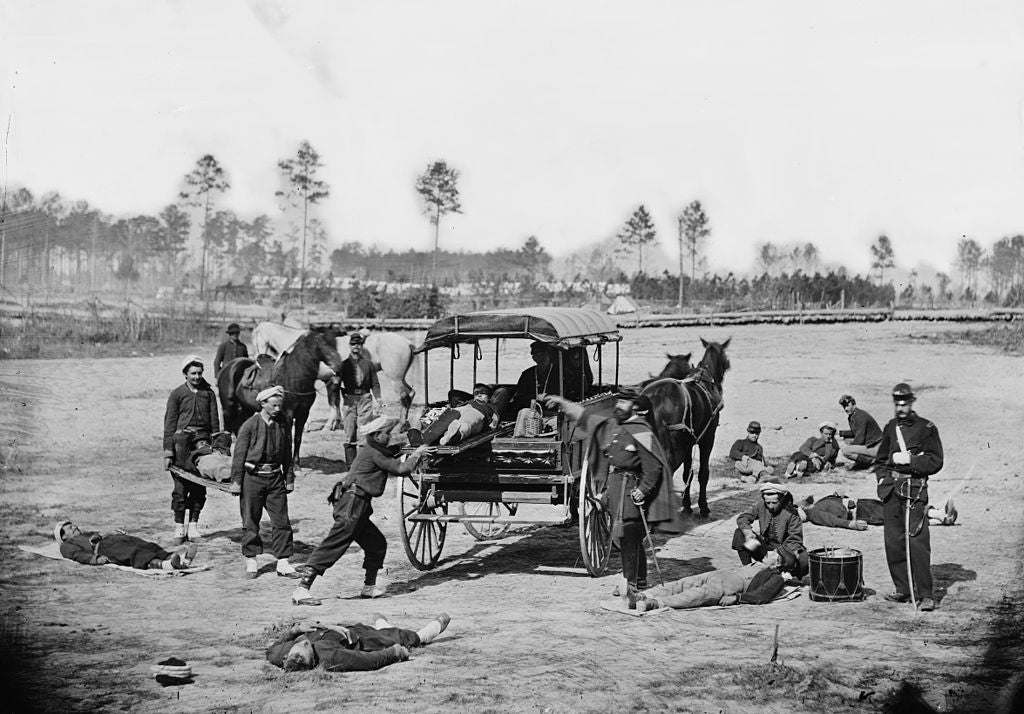 Ambulance drill being demonstrated at Headquarters Army of Potomac after the Battle of Antietam and the formation of the ambulance corps. (March 1864).

While serving in the military, we hear tons of stories about seemingly unbelievable events. While there are incredible stories of heroism and daring throughout military history, there are others that seem unbelievable because they really are.

The most shocking stories have endured because they’ve always been around. But just because they’ve been told time and again – sometimes for 150 years or more – doesn’t mean they’re true.

A stunning example of this kind of story is that of a young woman in Mississippi who was watching the Union siege of Vicksburg from her front porch when a stray bullet from the fighting pierced her abdomen. The doctor who treated her wound later returned to the county and delivered the baby.

In 1875, the reputed British medical journal The Lancet published the story of a Confederate field surgeon named L.G. Capers. Capers claimed to have treated a Confederate soldier who had been shot in the leg. The bullet, it seemed, bounced off his leg bone and shot the man’s left testicle off.

The magic bullet, still carrying the man’s testicle, continued its path, embedding itself and the testicle in the abdomen of a Mississippi teen girl. Capers treated both the soldier and the girl. A few month later, Capers returned to the southern town to deliver her baby, despite her assertion that she was a virgin.

The Lancet began a long and painful series of reprinting without fact-checking, lending its credibility to a story that should have been debunked from the start. It turns out the original story appeared in the November 1874 issue of an American medical journal, The American Medical Weekly.

Only ​​The American Medical Weekly’s version of it was supposed to be a joke. The journal’s editor even stated explicitly that the whole story was a goof, and meant only to be funny. The Lancet apparently didn’t read that part of the article, because the next year, the British medical mag reprinted the story completely – except for the part about it not being real.

The credibility of the Lancet was necessary for the myth to survive. Two American doctors later cited the journal’s article when they published their research in a 1896 book called “Anomalies and Curiosities of Medicine.” The legend of Capers’ artificial ballistic insemination might have ended there, because the book’s authors didn’t believe a word of it.

Their version included a section that cast doubt on the story’s authenticity or truthfulness. They specifically stated that the story was included because it was an example of the power of imagination in medicine, not because they believed it was factual.

About 60 or so years later, the legendary tale was revived once more, once again without mentioning that the story’s authors considered the magic testicle theory dubious. In 1959, F. Donald Napolitani, M.D. published the story in the New York State Journal of Medicine as entirely factual.

By the time the internet came of age, the story was still alive and making the rounds. Now it comes from a reader of the old “Dear Abby” articles. Through the telephone game of historical tall tales being shared, the battle now happened in Virginia, the “father” is a Union cavalry officer and the doctor is nowhere to be found.