Today in military history: Abraham Lincoln is shot - We Are The Mighty 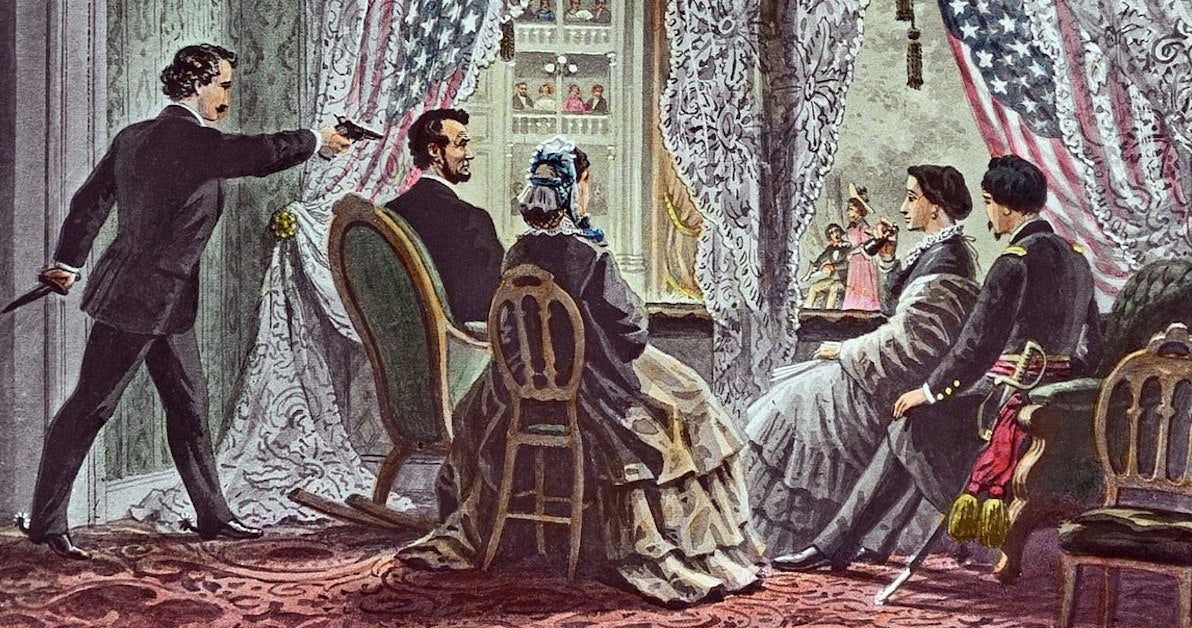 On April 14, 1865, five days after Confederate General Robert E. Lee surrendered at Appomattox Courthouse and effectively ended the Civil War, President Abraham Lincoln was fatally shot by John Wilkes Booth, a Confederate sympathizer. President Lincoln would succumb to his wounds the next morning.

The previous month, Booth and some fellow Confederate supporters hatched a failed plan to kidnap the president. As the South fell to the Union forces, Booth became more desperate and he devised a plan to assassinate the president in his private box above the stage of Ford’s Theatre in Washington, D.C.

The president shared his box with his wife Mary Todd Lincoln, army officer Henry Rathbone, and Rathbone’s fiancé Clara Harris. At 10:15pm, Booth snuck in and fired his .44-caliber single-shot derringer pistol point-blank at the president’s head and stabbed Rathbone in the shoulder before leaping on the stage and shouting, “Sic semper tyrannis!” (The Latin translates to “Thus ever to tyrants” — it is the Virginia state motto).

A doctor in the audience, 23 year-old Charles Leale, ran to the president, who was paralyzed and struggling to breathe. He was carried across the street to a boardinghouse where he was pronounced terminally wounded. He died the next morning at 7:22 am.

President Lincoln laid in state on a catafalque in the Capitol rotunda before he was interred on May 4, 1865, at Oak Ridge Cemetery near his home in Springfield, Illinois.

Booth broke his leg in the leap but hobbled to a horse and fled the scene. The resulting manhunt was one of the largest in history, with over 10,000 federal troops, police and detectives tracking him down. He was killed fleeing Union troops on April 26, while his co-conspirators were convicted and executed by hanging on July 7, 1865.

President Lincoln’s legacy as the man who preserved the Union and set in motion the emancipation of all enslaved people in the United States endures to this day.