Today in military history: Lincoln delivers Gettysburg Address - We Are The Mighty 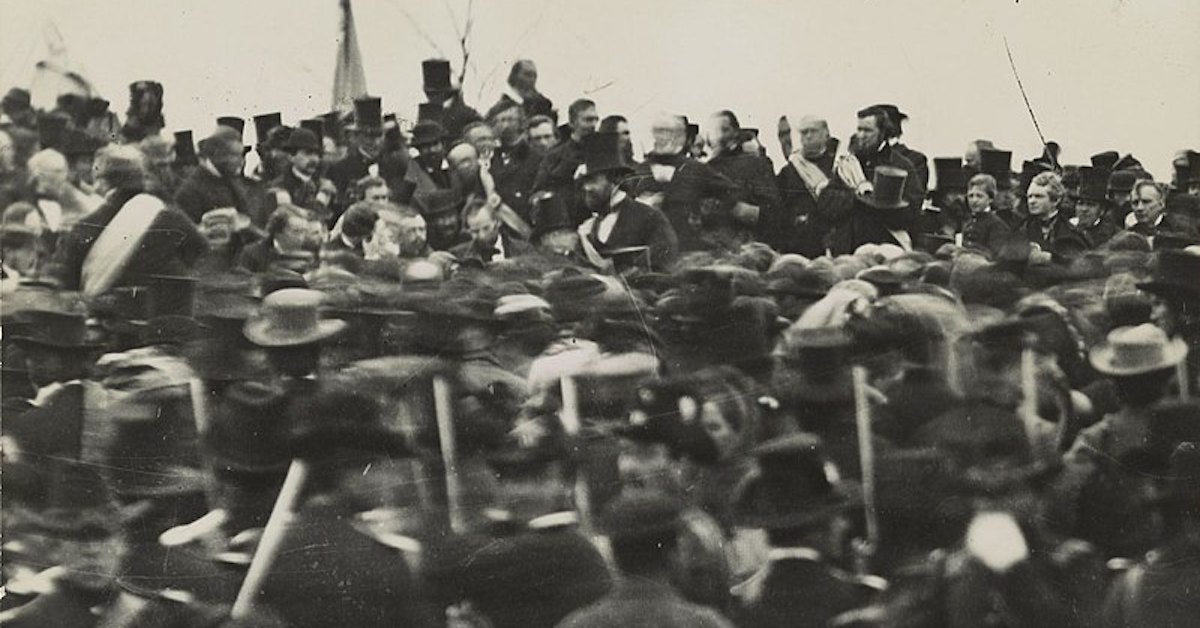 Four score and seven years ago our fathers brought forth on this continent, a new nation, conceived in Liberty, and dedicated to the proposition that all men are created equal.

Now we are engaged in a great civil war, testing whether that nation, or any nation so conceived and so dedicated, can long endure. We are met on a great battle-field of that war. We have come to dedicate a portion of that field, as a final resting place for those who here gave their lives that that nation might live. It is altogether fitting and proper that we should do this.

But, in a larger sense, we can not dedicate — we can not consecrate — we can not hallow — this ground. The brave men, living and dead, who struggled here, have consecrated it, far above our poor power to add or detract. The world will little note, nor long remember what we say here, but it can never forget what they did here. It is for us the living, rather, to be dedicated here to the unfinished work which they who fought here have thus far so nobly advanced. It is rather for us to be here dedicated to the great task remaining before us — that from these honored dead we take increased devotion to that cause for which they gave the last full measure of devotion — that we here highly resolve that these dead shall not have died in vain — that this nation, under God, shall have a new birth of freedom — and that government of the people, by the people, for the people, shall not perish from the earth. — Abraham Lincoln, November 19, 1863

The Battle of Gettysburg, four months earlier, was the bloodiest battle of the Civil War — and its turning point. The President was invited to speak at the dedication of a cemetery honoring the seventy-five hundred men who died there.

In under three hundred words, Lincoln’s speech was the most eloquent and memorable of his presidency. It was also a major moment for the president to publicly speak out against slavery as he affirmed that “all men are created equal.”

His address was met with a mixed political reception, but it has proven to endure, becoming arguably the most-quoted and most-memorized speech in American history.

Featured Image: Abraham Lincoln (in the center) at the dedication of the Soldiers’ National Cemetery in Gettysburg, Pennsylvania, on Nov. 19, 1863. Made from the original glass plate negative at the National Archives which had lain unidentified for fifty-five years until 1952 when Josephine Cobb recognized Lincoln in the image. To Lincoln’s left is bodyguard Ward Hill Lamon. To his far left is Governor Andrew G. Curtin of Pennsylvania. The photograph is estimated to have been taken at about noon time, just after Lincoln arrived, before Edward Everett’s arrival and about three hours before Lincoln gave his famous Gettysburg Address.