Today in military history: Battle of Missionary Ridge - We Are The Mighty 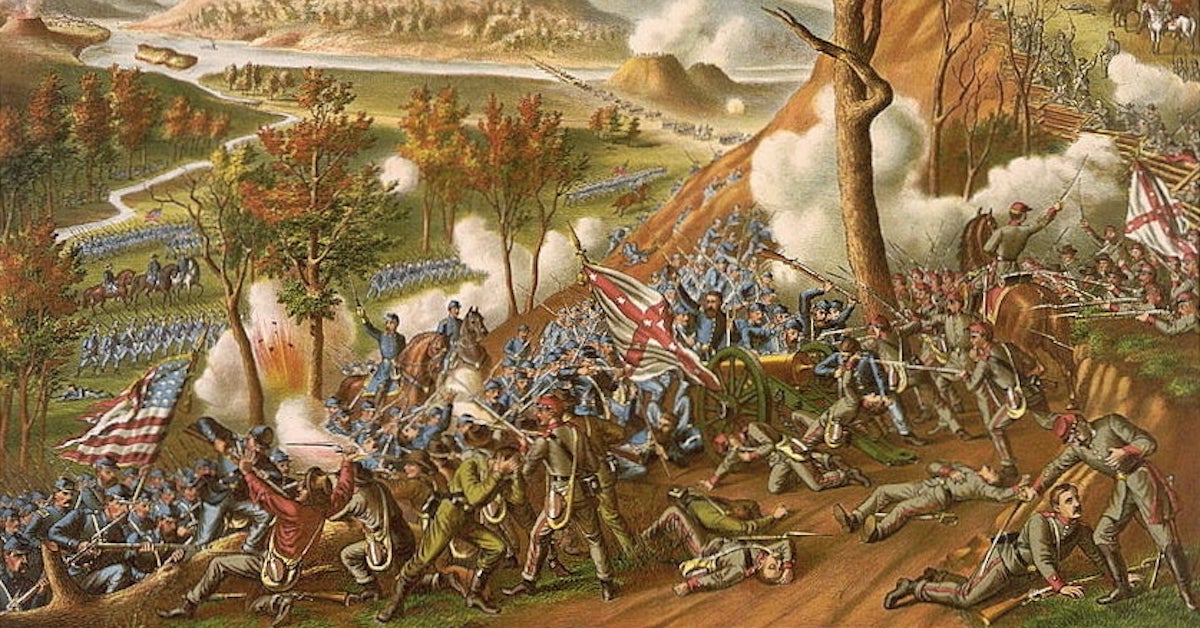 On Nov. 25, 1863, Union forces defeated the Confederates at Missionary Ridge.

In the fall of 1863, Confederate forces, under General Braxton Bragg, had trapped Union troops under Major General William Rosecrans in a tight semicircle around Chattanooga, Tennessee, cutting off their supplies.

One soldier, 18 year-old First Lt. Arthur MacArthur of Wisconsin’s 24th Infantry Regiment, would go on to become a Medal of Honor recipient (and, years later, so would his son).

1st Lt. MacArthur’s entire regiment was pointed at the Confederate defenses on Missionary Ridge. The rebels had been attacking Union forces from this ridge since the Union defeat at Chickamauga Creek and Union Maj. Gen. Ulysses S. Grant needed to clear it for his future plans in the faltering Chattanooga Campaign.

The Union advance nearly failed because of simple confusion about orders. This allowed Confederate forces to pour the fire on those advancing units, and the 24th Wisconsin Infantry was taking casualties.

MacArthur was awarded the Medal of Honor and promoted to major, soon taking command of the 24th amid the constant leadership churn of that unit.

The Union would hold Chattanooga, also known as the Gateway to the Lower South, and use it to supply Sherman’s Atlanta Campaign the following year.