President Coolidge had a pet raccoon that was intended for dinner 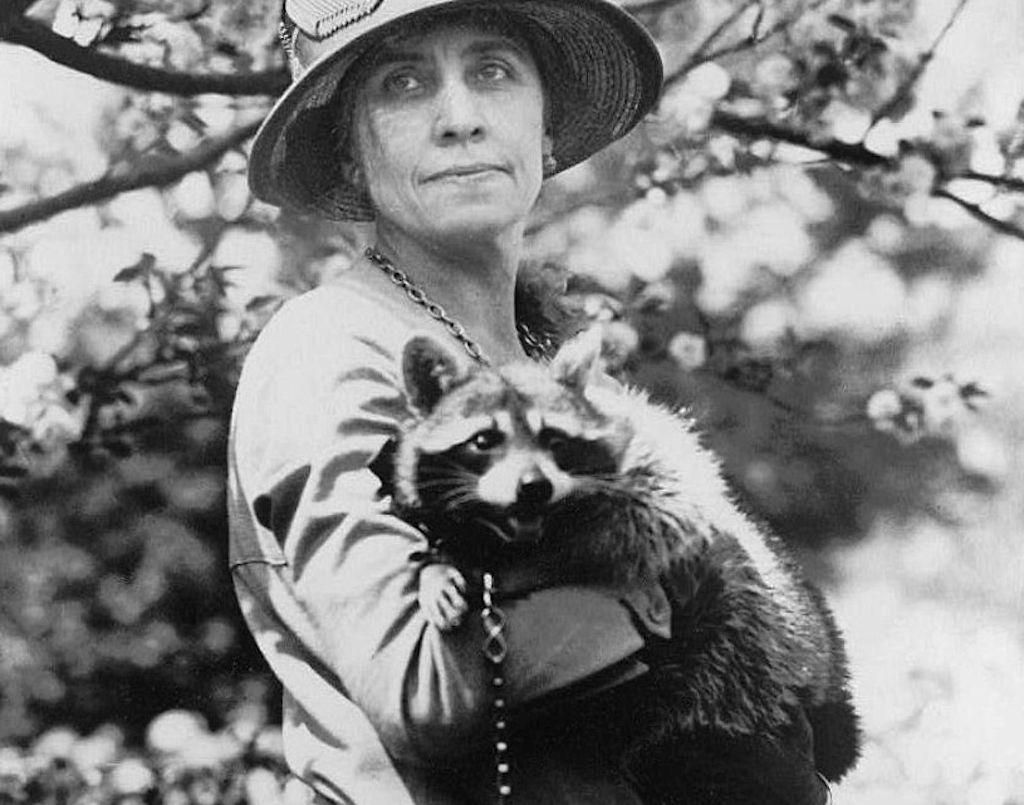 Even when it comes to presidents, most people think dogs and cats when they consider pets. Sure, there are birds, rabbits, or even something more exotic, like a lizard. But rarely do we think about raccoons. No matter how rare its existence may have been, that’s the exact pet that Calvin Coolidge had while serving as president.

He and his wife, first lady, Grace Coolidge, kept Rebecca, a raccoon from Mississippi from 1926 through his term, ending in 1929.

However, Rebecca wasn’t intended to be a pet. She was intended to be a meal. Or so political lore would have us believe. Years prior, a turkey was donated to the President each year for Thanksgiving dinner. But when the normal turkey farmer passed away, the gig was sought after by many individuals. (Even though Coolidge discouraged them.) Turkeys were donated from many farmers, and others sent gifts that were even more unusual, including a raccoon.

However, Coolidge said he had never eaten a raccoon and didn’t intend to start the practice, and instead, named her and kept the animal as a pet.

That Christmas, she wore a customized collar that was embroidered with, “White House Raccoon.” She also attended the White House’s annual Easter event, the Easter egg roll and was known for her love of shrimp, persimmons, and eggs.

Much like a pet dog, she also took walks while tethered on a leash. Inside the White House, Rebecca roamed free but is said to have gotten in trouble on occasion. Most notably for unscrewing lightbulbs, opening cabinets, or digging up plants from their indoor homes. She was also given a custom-made home out of a wire fence placed in one of the property’s biggest trees.

First Lady Grace also said that Rebecca loved to play in the bathtub and providing her with a bar of soap and a little water would occupy the raccoon for an hour or sometimes longer.

However, she was steadily disliked by staff members and other politicians working in the White House. She is known to get into things and regularly ruin clothes with her claws.

When the White House was being remodeled the following year, 1927, Coolidge brought Rebecca to the family’s temporary residence, at Dupont Circle. She also traveled with them on vacation, riding in a basket, when the family and their dogs (Rob Roy and Prudence Prim) went to the Black Hills in South Dakota. The Coolidges’ five canaries also took the trip; all traveled the 1,800 pilgrimage by train.

The family was also gifted a male raccoon, Reuben, meant to be a companion to Rebecca. However, the pair did not get along and Reuben’s tenure on Pennsylvania Avenue was short-lived.

Sadly, as Coolidge prepped to leave his political career, Rebecca was donated to Rock Creek Park (which is now the National Zoo). It’s said that she was unable to adapt to life in the zoo setting and died shortly after her move. Others say it was her increasing escapes from the White House that led to the re-homing. Either way, Rebecca did not enjoy her loss of freedom and succumbed soon after.