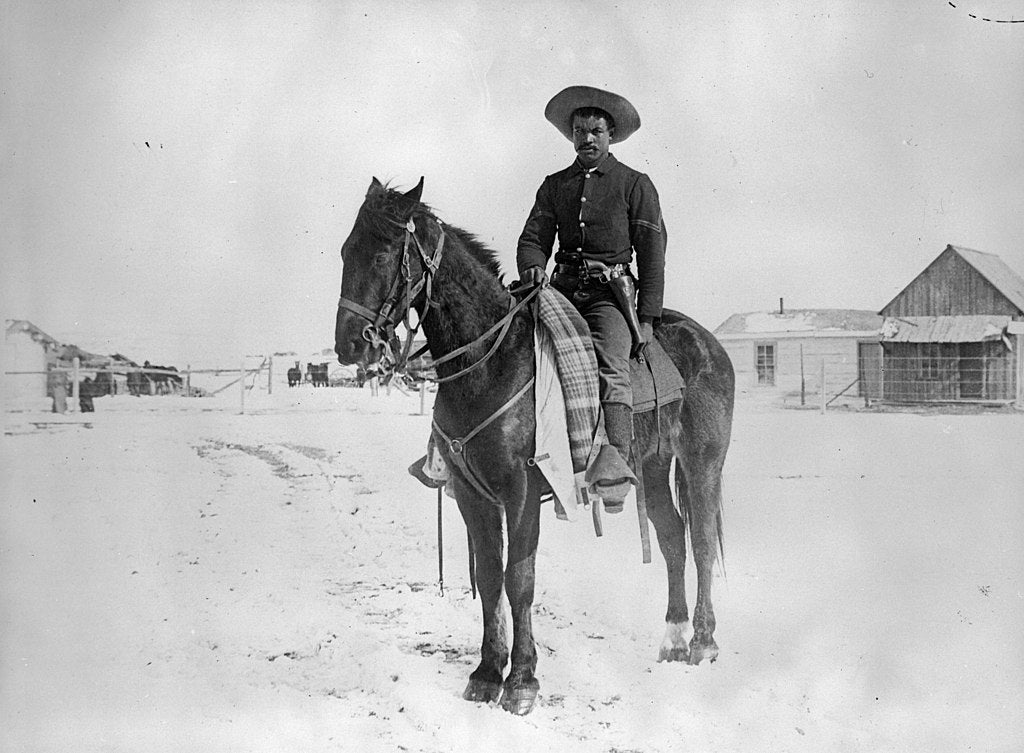 After the Civil War, many Black Americans began enlisting in the U.S. Army because it was a way to earn better wages and garner more respect in their daily lives than life in the civilian world. These are soldiers who would become known as “Buffalo Soldiers.”

When the dust settled from the war itself, the United States once again turned its sights on the frontier. As the country once again began to expand westward, the Native tribes west of the Mississippi River continued the conflicts over that expansion and encroachments on tribal land.

The Army needed men to fight the tribes and protect American settlers. To bolster its numbers, it raised a number of all-Black cavalry and infantry regiments to serve on the American frontier.

American Indian tribes never stopped resisting American expansion or American settlers just because the U.S. government was busy with the Civil War. The Sioux in the Dakota Territory launched an uprising in 1862. The Cheyenne, Arapaho, and Lakotas fought the U.S. Army in 1864 and again in 1865. There was no shortage of violence in the west during the war.

The United States not only freed its slaves during the Civil War, it also raised regiments of U.S. Colored Troops to help fight it. The USCT was disbanded after the war, but the barrier of Black men serving in uniform was broken. In 1866, Congress authorized the formation of the first Black unit to be raised during peacetime, the U.S. 10th Cavalry Regiment.

The next year, there were two cavalry regiments and three infantry regiments. When it was up to full strength in 1877, Black units made up 10% of the total armed forces of the United States. That same year, the 10th Cavalry Regiment even got its first Black officer, the first Black graduate of the U.S. Military Academy at West Point, Henry O. Flipper.

They were sent to the Southwest and the Great Plains, where native activity was highest. On top of their military duties, they escorted the U.S. mail and built roads connecting east and west and everywhere in between.

According to the National Park Service, it was from the 10th Cavalry that the nickname “Buffalo Soldiers” was born and stuck. Native tribes on the Great Plains began to refer to the Blakc American calvarymen as “Buffalo Soldiers” because of their dark, curly hair. They believed their hair resembled the coat of the buffalo and their tenacious combat style was like that of one of the enraged animals.

Eventually, the frontier closed and the United States didn’t have the same need for so many troops for fighting. It did need troops to be caretakers for America’s national parks, however, since the parks were protected by the U.S. Army. Between 1891 and 1913, Buffalo Soldiers fought wildfires, hunted poachers and removed illegal grazing from the Federal land.

When the Spanish-American War broke out in 1898, the Buffalo Soldiers were called up once more to fight in Cuba. They were called up again to fight World War I, World War II and the Korean War. In 1951, three years after President Truman ended segregation in the military, the all-Black units were no more.