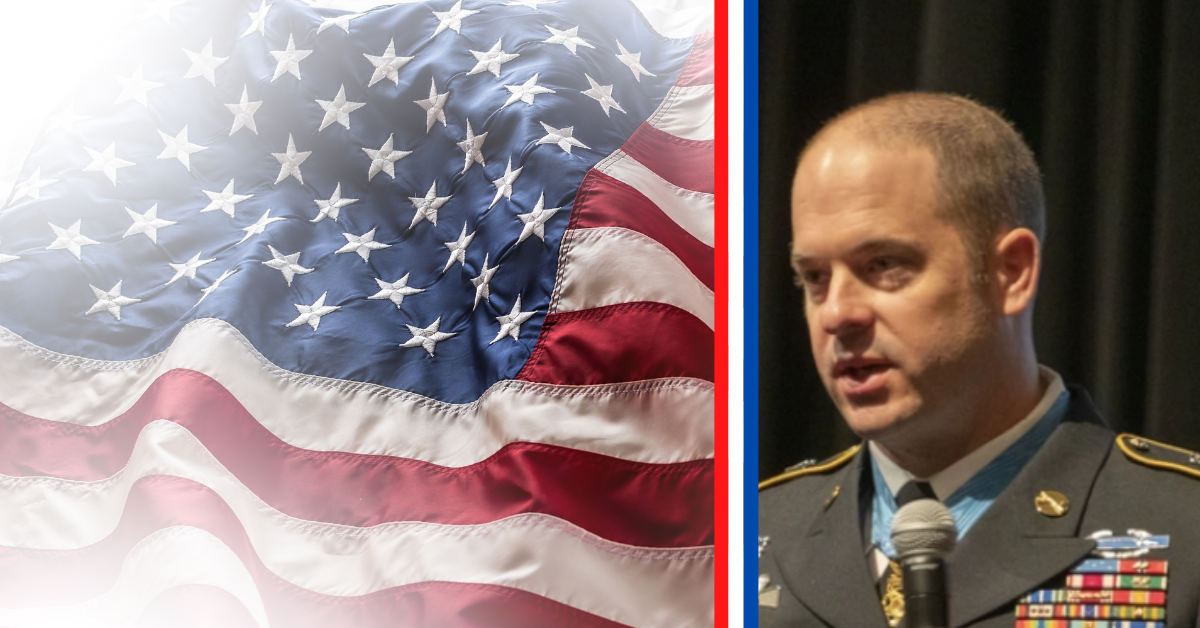 America’s warriors undergo strenuous training to prepare for the worst in battle, but operating under real-time danger can test even the most elite. This is one Green Beret’s story of courage, devotion and a no-quit mentality.

Long before Green Beret and Army Sgt. Major Matthew Williams was a Medal of Honor recipient, he was a farm boy with a passion for 4H being raised by a family that valued things like integrity. “My dad really took time to instill values like honor, integrity, trustworthiness and working hard. I was brought up with all of this from the time I was in elementary school,” he explained. “We had some land and I grew up working at the local feed store, understanding that it was always better to help other people.”

Williams attended Angelo State University after high school and majored in criminal justice. He intended to become a law enforcement officer upon graduation. Then, 9/11 happened.

“The attacks occurred while I was a sophomore in college and that’s really what led me to explore going into the military. As college continued and the wars kicked off, both in Iraq and Afghanistan, I really knew that’s kind of what I wanted to do,” he shared. “I wanted to go into special operations and loved the mission of the Green Beret. Their motto, de oppresso liber, or to free the oppressed, really spoke to me.”

In 2005, he enlisted into the Army under the 18X Special Forces program. “I was fortunate to be successful at selection and in the Q [qualification] course. After finishing my training I was assigned to the 3rd Special Forces Group in 2007,” Williams said.

Just a year later he’d be under fire in a battle that would change his life.

On April 6, 2008, his ODA was on a mission to capture or kill high-value targets of the Hezeb Islami al Gulbadin in Shok Valley, Nuristan Province, Afghanistan. After being inserted by helicopter with several soldiers and Afghan commandos, they came under intense fire. Through the hours-long firefight against small-arms, RPGs and mortars, WIlliams distinguished himself again and again to save those around him.

When he was awarded the Medal of Honor in 2019, he credited the experience with being one of the worst things he’d ever walked through but also something that helped him, too.

“I don’t like talking about myself as a whole and the medal represents a whole lot more than just me. It’s for the guys that have served and in 3rd group, over the past 20 years have just been involved in complex situations all over the world and done amazing things,” Williams said. “A very big majority of their stories are never actually told. I hope that I can wear this medal and represent the Special Forces as a whole. That’s just kind of my new kind of goal and mission moving forward, to make sure that they aren’t forgotten.”

After 17 years of service, he’s still as proud as ever to wear the uniform. And as the nation prepares to reflect on the one year anniversary of the withdrawal of Afghanistan, which left 13 service members killed and over a hundred Afghan civilian lives lost – it causes mixed emotions for Williams, he said.

“Everyone went over there and did exactly what they were asked to do, and to the utmost of their ability and served the country well,” he added.

Recently, Williams left his role as company Sgt. Major for 3rd Group and is now assigned to the Special Warfare Center and School, located at Fort Bragg.

“I’ll spend the next few years over here at SWC. It’s such a great opportunity to interact with incoming students going through different phases of the Q course and see the training from this side,” he explained. “I’m looking forward to coaching and mentoring future SF guys, getting to the roots of where it all started for me.”

When he isn’t training or doing epic Green Beret and MOH things, Williams says his life isn’t that interesting. “I have a 5 and a 1 year old, an amazing wife. We do as much as we can with the kids and stay pretty busy. But otherwise I am a mild-natured boring dude,” he laughed.

As he looks towards the future of America’s military and service in general, he’s hopeful. “Just being a present and active member of your community is important, not everyone needs to join the military. Service is something everyone can do,” Williams said. “Ultimately, I think it will kind of build the cohesion and connectedness that we need as a country. I’m hoping that this little dip that we’re seeing and the negative press and all that kind of stuff goes away and people really just want to stand behind their country again and fight for what I know we all believe in.”