USS Gerald R. Ford is America's newest carrier to deploy - We Are The Mighty 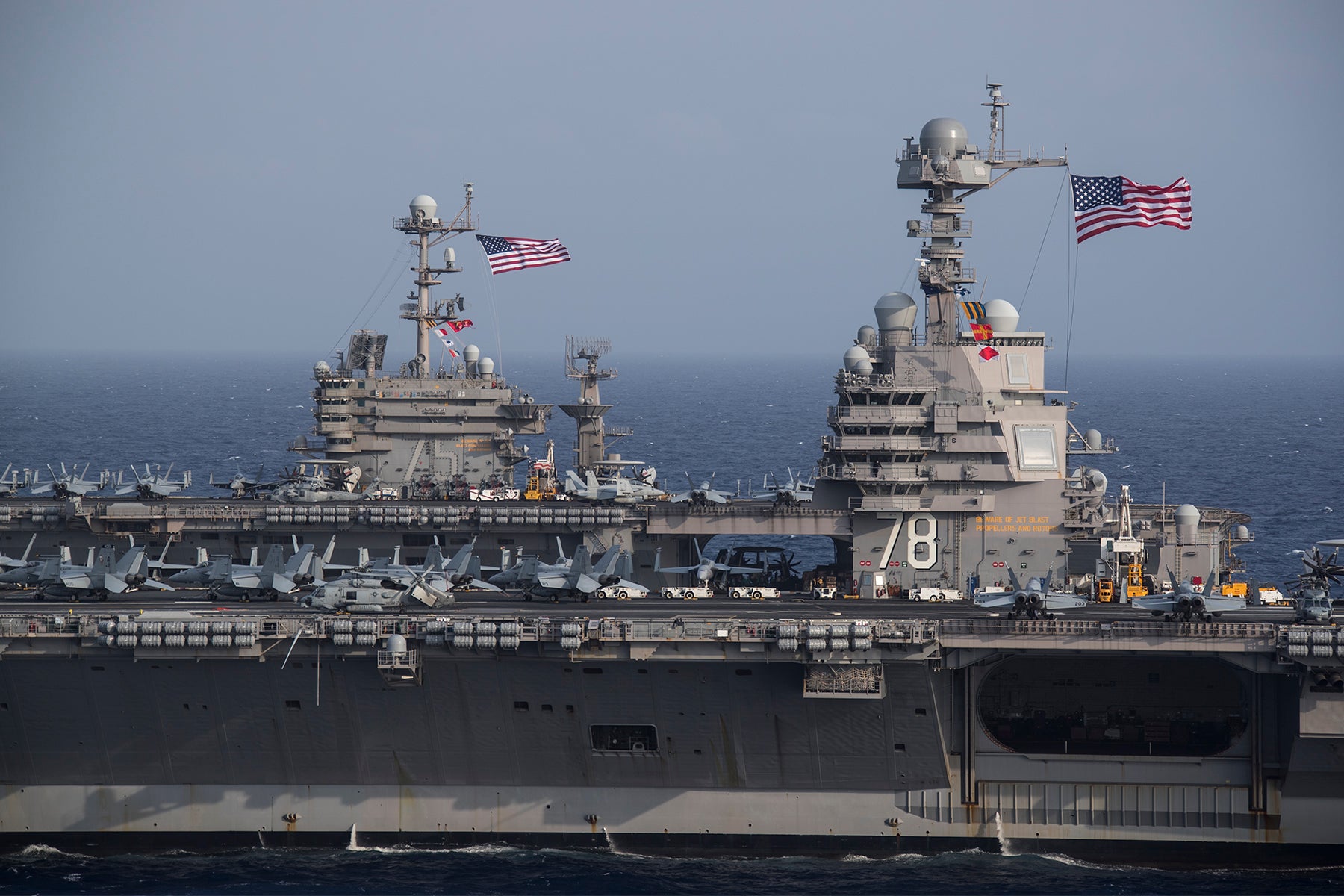 The USS Gerald R. Ford (CVN-78) is the lead ship of her class. Named for the 38th President of the United States, she is the first new American aircraft carrier designed in over 40 years. Ford was laid down on November 13, 2009 and sponsored by the daughter of the late President Ford, Susan Ford. The ship was commissioned by then-President Donald Trump on July 22, 2017. Following a series of sea trials and shakedowns, USS Gerald R. Ford departed Naval Station Norfolk, Virginia for her first deployment on October 4, 2022.

Originally scheduled to deploy on October 3, Ford was delayed by foul weather that halted and curtailed all port operations in Hampton Roads, Virginia. “This deployment is an opportunity to further advance the operational capabilities of the Ford and demonstrate the advantages that Ford and Carrier Air Wing (CVW) 8 bring to the future of naval aviation, to the region and to our allies and partners,” said Rear Adm. Greg Huffman, commander of Carrier Strike Group (CSG) 12, in a public affairs release. “Now more than ever, it is increasingly important for the United States Navy to reinforce our relationships with our allies and partners as we contribute to promote a peaceful, stable, and conflict-free Atlantic region.”

As thew newest carrier in the fleet, Ford‘s deployment is focused on her new technology like advanced radar and an Electromagnetic Aircraft Launch System. Interoperability with NATO allies will be another focal point of the deployment. “USS Gerald R. Ford is going to sail on the high seas with our partners,” said Capt. Paul Lanzilotta, Ford’s commanding officer, in a public affairs release. “We want interoperability, we want interchangeability with our partners. Our NATO partners that are sailing with us – we’re going to work with them every day, every night. That’s what it means to operate on the high seas. Air defense exercises. Long-range maritime strike. We’re going to be doing pretty much every mission set that’s in the portfolio for naval aviation, and we’re excited about that.”

Fittingly, it was CVW-8 that was marked aboard the USS Nimitz (CVN-68) during her first deployment in 1976. Embarking on the first deployment of the next class of aircraft carrier is a historic moment for the wing. “It’s an exciting time to lead the aviators of Carrier Air Wing Eight as we embark on Ford‘s first deployment,” said Capt. Daryl Trent, Commander, Carrier Air Wing Eight, in a public affairs release. “This group of individuals have worked so hard to prepare every aspect of the air wing to integrate with Ford‘s new technologies and have done so with excellence.”