A closer look at the SIG Sauer MCX Spear LT, the light version of the Army’s newest M5 rifle 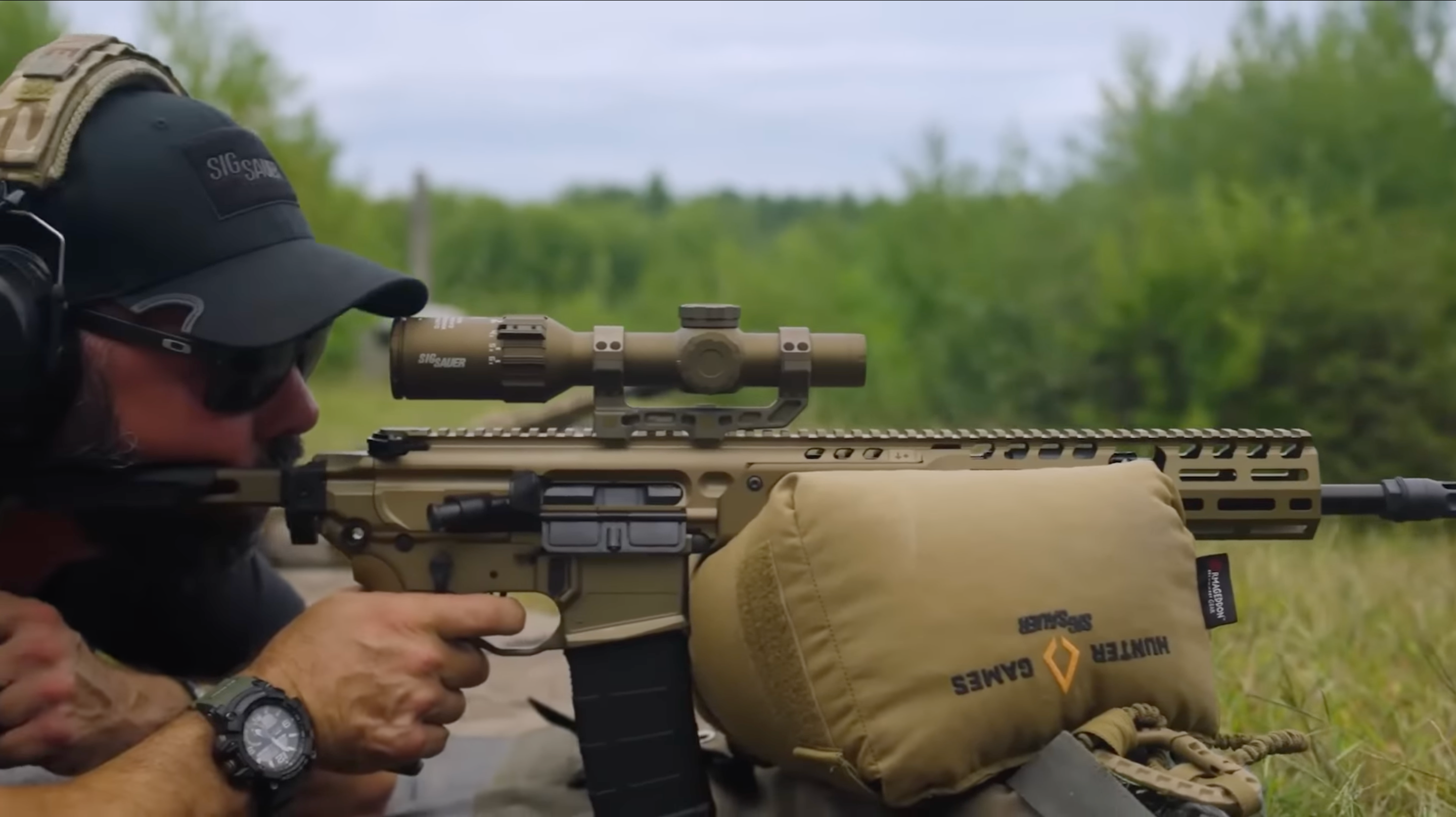 On April 19, 2022, the U.S. Army announced that SIG Sauer’s submission for the Next Generation Squad Weapon competition, the MCX Spear, won the contract and would be designated the M5 as the service’s new standard-issue rifle. The new rifle is chambered in the equally new 6.8x51mm cartridge which is designed to provide infantry with increased accuracy and lethality at range through improved ballistics and armor-penetrating ability. However, this full-power cartridge is not a do-all round and more specialized units still field intermediate cartridges like 5.56x45mm NATO, .300 AAC Blackout, and even 7.62×39. Incorporating improvements from the MCX Spear and reportedly with input from special forces like USSOCOM and the British SAS, SIG Sauer released the MCX Spear LT.

Prior to the release of the MCX Spear, SIG‘s MCX Virtus was the company’s flagship carbine. It found great popularity amongst both civilian and professional users for its reliability and modularity. However, the weapon’s short-stroke gas system and rugged hand guard made for a heavier platform than a standard M4 carbine. Although the heavier weight can’t be avoided due to the MCX’s engineering, the Spear LT aimed to lighten the MCX platform while updating it to its latest evolution.

The most visually notable change with the Spear LT is the hand guard. Slimmed down and now featuring M-Lok slots at its 45-degree angles it helps to reduce the MCX’s weight from previous models. Weight savings are also achieved with lightening cuts in the receiver and a reprofiled barrel. Locked into the upper receiver with two bolts, users should have no issues with IR devices mounted to the hand guard losing zero. Moving back to the stock, the Spear LT uses a push-button lock rather than the previous pull-up one to secure the folding stock. The rear quick-detach socket in the aluminum receiver has also been reinforced with steel for improved durability over time.

A major upgrade to the Spear LT is its ambidextrous nature. In addition to the lightening cuts, the receiver was reshaped to allow for the integration of low-profile, fully-ambidextrous controls. This allows both left and right-handed users to manipulate the safety as well as lock and release the bolt without having to remove their dominant hand from the pistol grip. Another big improvement over previous MCX generations is the fact that the Spear LT is completely anodized in its coyote flat dark earth color for improved finish wear. Despite all the changes, the Spear LT remains backwards compatible with all of the previous Virtus models.

The Spear LT is available to the commercial market in 5.56mm NATO with 11.5″ and 16″ barrels, .300 BLK with a 9″ barrel, and 7.62×39 with 11.5″ and 16″ barrels. Configurations with barrels shorter than 16″ are available both as pistols and factory short-barreled rifles. Along with the military contracts for the M17/M18 handgun, M5 rifle, M250 machine gun, and SOCOM’s personal defense weapon, SIG’s MCX Spear LT shows how the company continues to innovate and lead the small arms industry.