That time Toyota built its own Humvee - We Are The Mighty

That time Toyota built its own Humvee 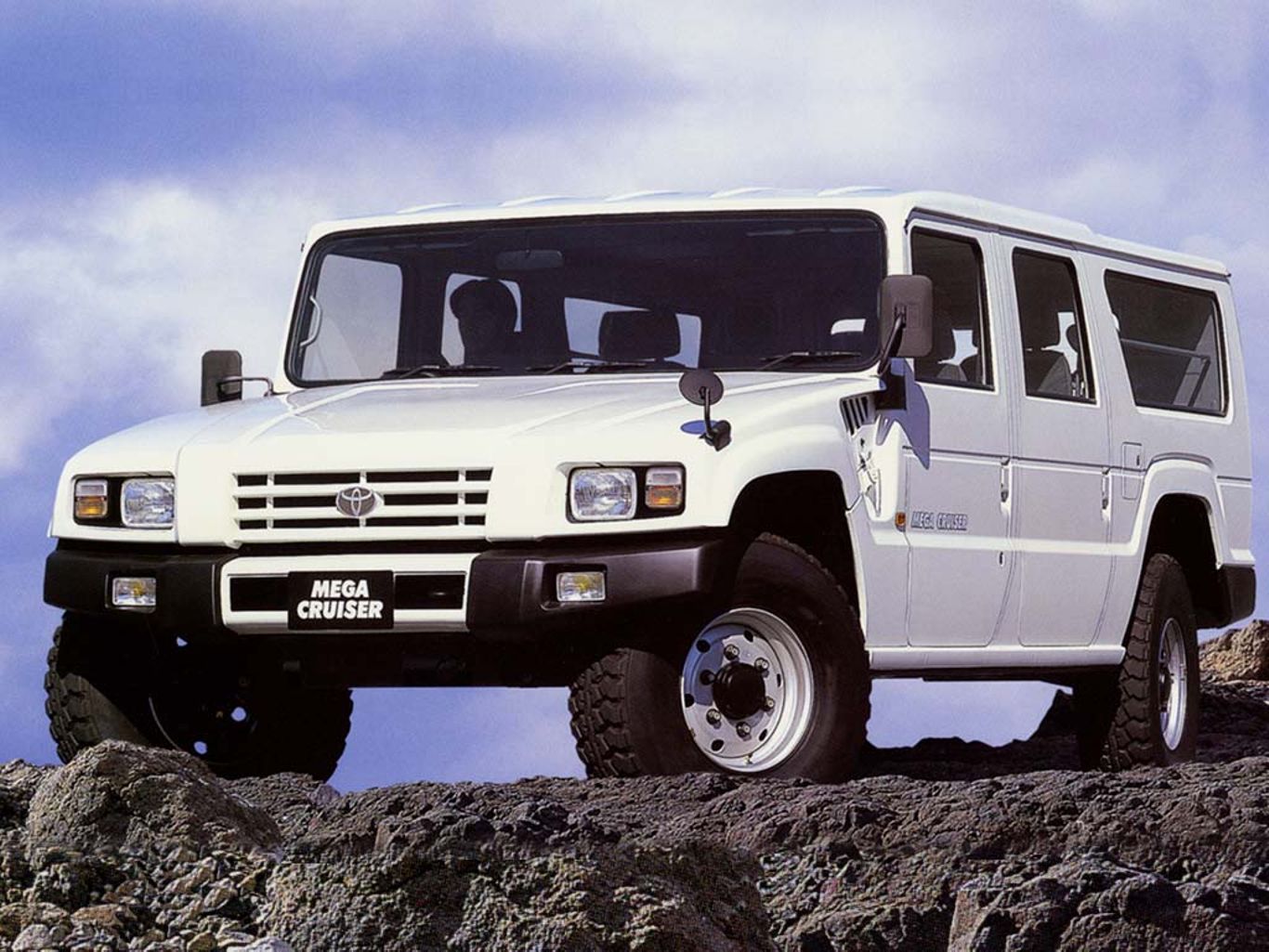 The High Mobility Multipurpose Wheeled Vehicle (HMMWV), better known as the Humvee, is a modern icon of the U.S. military. Like the Jeep that came before it, the Humvee excels a troop transport, MEDEVAC, and can even serve as a platform for machine guns and missiles. So, when the Japan Self-Defense Forces solicited Toyota for a military utility vehicle, the auto giant took inspiration from the venerable Humvee.

Introduced in 1995, the Toyota Mega Cruiser is a heavy-duty four wheel drive vehicle that bears a striking resemblance to the Humvee. Measuring 200.4 in. long, 85.5 in. wide, 81.7 in. tall, and with a wheelbase of 133.7 in., the Mega Cruiser’s dimensions are extremely close to the Humvee’s. Its 4.1L, 4-cylinder turbodiesel engine is mated to a 4-speed automatic transmission and is rated at 153 hp and 282 lb-ft of torque at 1,800 rpm. To improve its mobility, the Mega Cruiser was also fitted with four wheel steering.

The original military version of the Mega Cruiser was designated the BXD10. Like the Humvee, it is used extensively to carry troops and equipment and is often used to tow heavy mortars. The BXD10 is also versatile and can be configured with an air defense radar or even missile launchers. Also like the Humvee, a civilian version of the Mega Cruiser was brought to market and designated the BXD20.

The civilian Mega Cruiser was only sold at special Toyota Store locations in Japan. Because of the vehicle’s size, civilian customers incurred heavy taxes upon the purchase of a BXD20 as well as annual road taxes. These taxes, combined with the lack of practicality of such a large vehicle on Japan’s narrow streets, led to poor civilian sales of the Mega Cruiser. Only 133 MXD20s were sold to civilians during the vehicle’s production run from 1995 to 2001. However, Toyota did find customers outside of the JSDF in the form of the Japan Automotive Federation, prefectural police and fire/rescue departments. As of 2020, an estimated 3,000 Mega Cruisers were produced before production halted.