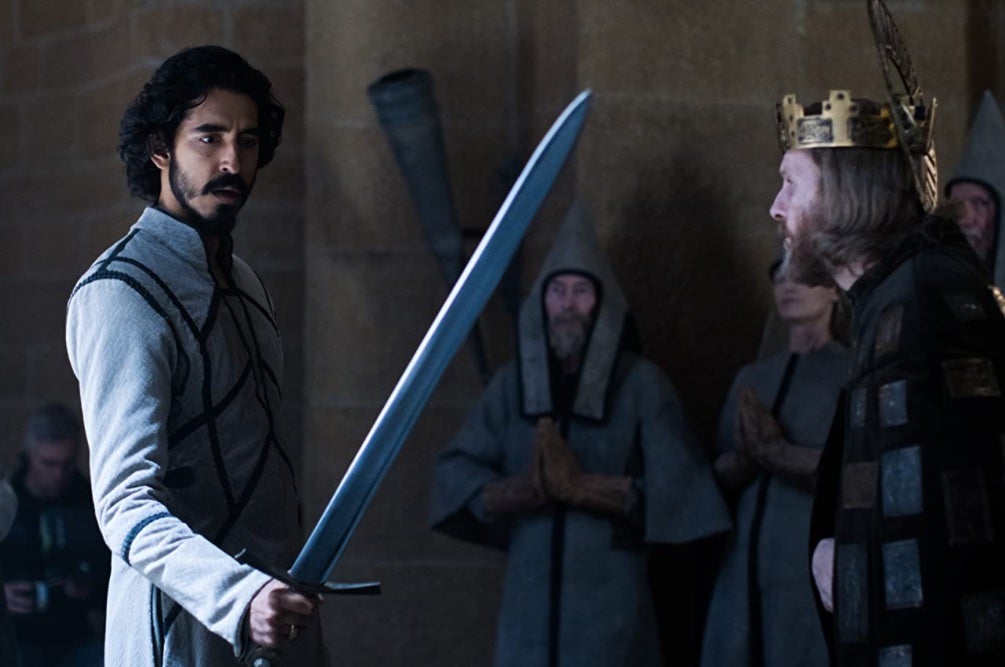 The legends of the mythical King Arthur’s court weren’t all round tables and holy grails. One of the king’s most able and seasoned knights, Sir Gawain, once had to fight a demon of immense power, known as “Bredbeddle” to the reader, but more popularly known as the Green Knight.

A new film starring Dev Patel and Joel Edgerton recounts this epic poem, hitting the big screen with some serious warrior ethos. Sir Gawain gets schooled by the creatures of the underworld as he fights to save Arthur’s kingdom and vanquish his deadly foe.

In the original story of “Sir Gawain and the Green Knight,” the green-clad warrior shows up to crash one of King Arthur’s Christmas parties. He offers the court a challenge: one of them will be allowed to hit the Green Knight with his best shot, but in return, he gets to crash Christmas again next year and return the blow with one of his own.

Who else but the king would accept? Arthur stands to deliver his strike, but Sir Gawain, reckless and headstrong, in defense of the king, cuts off the Green Knight’s head in a single blow. The knight picks up his head and puts it back on, bidding the round table adieu until next year.

But Gawain doesn’t wait for the Green Knight to come deliver his possible death sentence. He goes to the castle of the Lord of Hautedesert, who he believes is the Green Knight. Hautedesert sends Sir Gawain through a series of tests and trials, including resisting the lord’s own wife, who he sends to seduce Gawain.

After Gawain’s test, Arthur’s loyal servant takes a knee to receive the blow promised to the Green Knight. Because keeping your word is part of the code of chivalry. What happens next is anyone’s guess (unless you’ve read the story). But no spoilers here — in Hollywood, anything can happen.

The trailer for the Green Knight movie is epic in and of itself. Dev Patel looks every bit the way one would expect from a knight of King Arthur’s court. The Green Knight looks less like a warrior simply dressed in green and more like a cross between a biblical demon and one of J.R.R. Tolkien’s Ents. Add on talking foxes, magic and one badass-looking giant and you’ve got a movie that will keep you unconsciously shoveling popcorn down your throat until you’re ready to bend a knee to Arthur himself.

The story of the Green Knight is so huge, so epic, we’re frankly surprised it took this long to get to the silver screen. He is said to have appeared in the legends surrounding the real-life Arab leader Saladin, who was so impressed with the knight’s performance in battle that the general tried to make him part of his personal guard.

A green knight also was said to have fought in the Crusades. When Saladin conquered Jerusalem after the Second Crusade and restored the Islamic holy sites of the city, one of the Christian knights, a Spaniard wildly dressed in green and sporting antlers from his helmet during the 1187 siege of the holy city earned the nickname from his Muslim enemies. His legend is even featured in the Koran, where he sends Moses through three trials to teach him that good and evil aren’t always as clear-cut as believed.

With a character this big looming so large over a story as (literally) epic as those surrounding the Knights of the Round Table, The Green Knight is a must-watch for anyone fascinated by the epic stories and poetry handed down from warrior to warrior.