Erford Gage: From Hollywood to combat in the Pacific - We Are The Mighty

Erford Gage: From Hollywood to combat in the Pacific 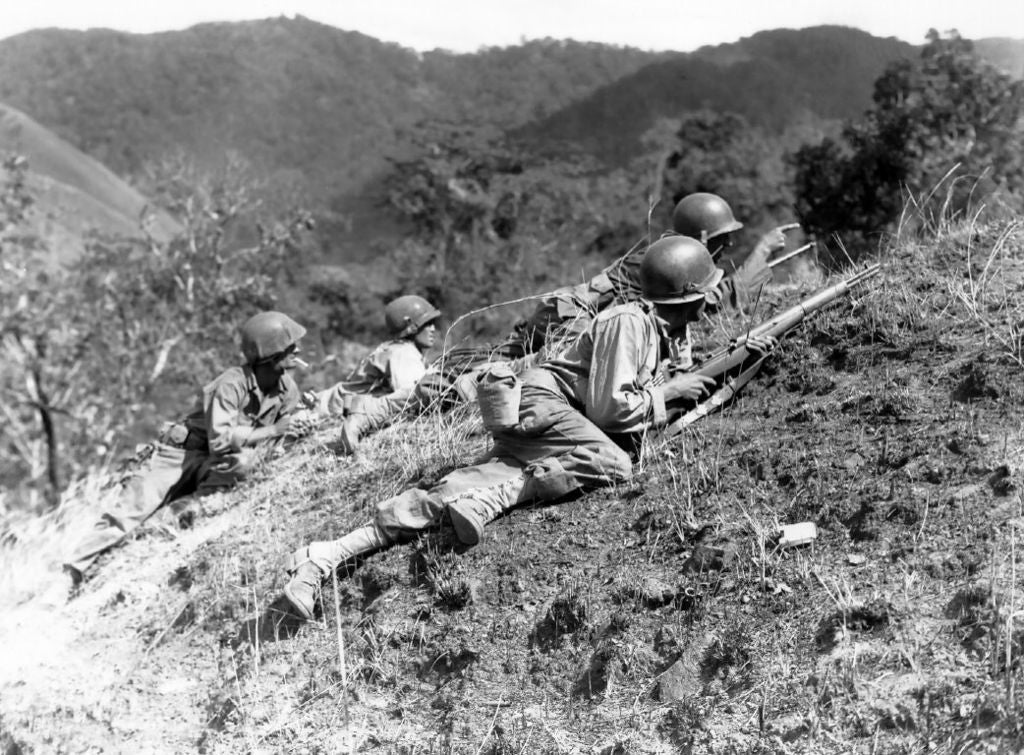 The stories of famous Hollywood actors putting their glittering careers on hold while they went off to fight in foreign wars will always be inspiring and amazing. Can you imagine the King of Hollywood joining the war effort, in his 40s? And coming off an iconic film role? And what about James Stewart, the affable, small-town guy with the funny stammer…setting it all aside to fly bombing missions over Germany?

Clark Gable, Stewart, and Robert Montgomery all went into harm’s way, during their peak performing years. Honestly, can we imagine actors of today doing that? Actresses also plunged into the fray; Carole Landis was tireless in her efforts to visit and entertain troops, and a whole host of Hollywood leading ladies took part in projects like Stage Door Canteen.

Now imagine a hungry young actor, having just emerged in some meaty roles…and giving it all up to help his country fight an existential war? Do we remember those names as well?

Erford Holmes Gage had earned his acting chops on Broadway. The Massachusetts-born thespian was born just a few days before the Titanic sank in 1912. By the time he had reached manhood, the six-foot, blonde, blue-eyed actor was set to become a dashing leading man. Ironically, his “Aryan” looks would serve him well playing Nazi villains in a handful of films. Roles in films like The Seventh Victim and Seven Miles from Alcatraz should have been break-out roles. Yet Gage felt the call of duty. His brief career—14 films in a little over two years—left tantalizing possibilities for his return to Tinseltown.

It would never come.

Enlisting in August, 1943, Gage would eventually ship out to the Pacific Theatre. His last film, Days of Glory, was also Gregory Peck’s first. Gage would find himself as an Army sergeant by early 1945, taking part in the island invasions that drew American forces closer and closer to Japan.

Gage’s 20th Infantry Regiment was taking part in action on a tiny island just off Okinawa. On March 17, during a night battle, Gage was crawling across yards of open ground, carrying a sack of grenades with which to knock out enemy guns. He was cut down. Awarded posthumously the Silver Star, Bronze Star, and Purple Heart, Gage would never know that his sacrifice helped push the Japanese army into a corner with no escape.

Erford Holmes Gage was only 32.

He was buried at Manila American Cemetery.

Days of Glory had only been released six months before.

His obituary is a poignant, concise reminder that all glory is fleeting, and self-sacrifice has defined America’s best:

“ACTOR KILLED—On the screen Erford Gage was a vicious, arrogant Nazi. In real life he was a hard-fighting American staff sergeant who died fighting the Japs. His wife, Nell King, an actress, was notified by the War Department of his death on Luzon, March 17. Gage was a veteran of the Broadway stage until he joined the Army in 1943. He was under contract to R.K.O., where he portrayed cruel young Nazis in ‘Hitler’s Children’ and other films.”

The R.K.O. actor would never have a chance to explore the depths of his talent. Yet his greatest role, one acknowledged by a grateful nation, is the stuff real-life heroes are made of, even ones not named Gable and Stewart.