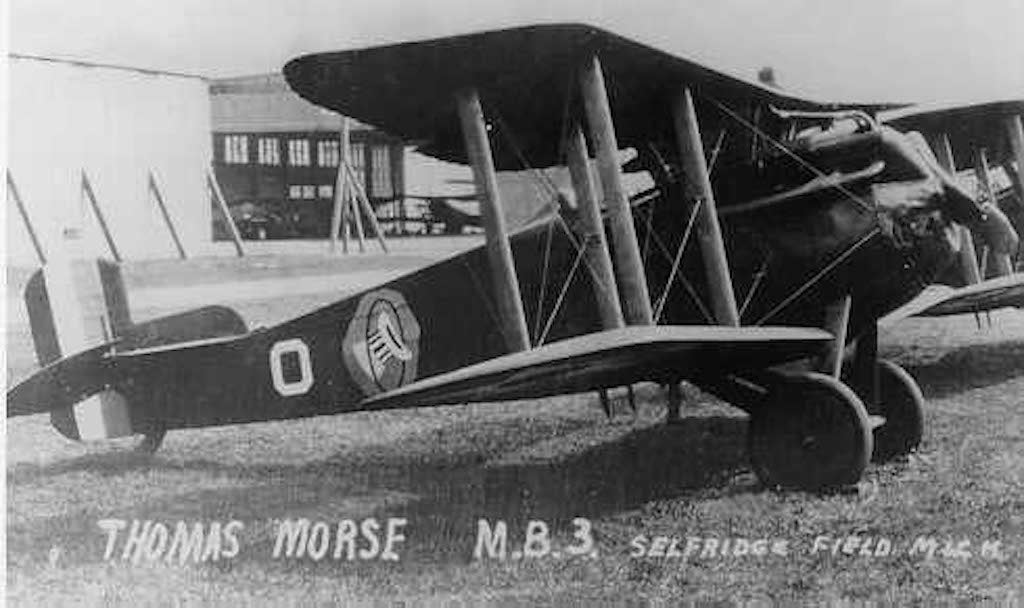 A Thomas-Morse MB-3 at Selfridge Field, one of the types of planes used in the film.

It might be hard to imagine a war movie hitting home these days without sound. What would the opening scene of “Saving Private Ryan” be without the audio realism that was too real, even for D-Day veterans? What would “Platoon” be like without its period-perfect soundtrack? It’s definitely more difficult, but not impossible.

When “Wings” won the first best picture award at the 1927 Academy Awards, “talkies” were sweeping the movie industry. Still, the silent movie won out because of its realistic depiction of World War I, which might have something to do with the fact that its cast and crew was full of veterans of the Great War.

“Wings” was released in 1927 and starred Hollywood “It Girl” Clara Bow alongside Charles Rogers, Richard Arlen and even had an early appearance by Gary Cooper. Its original script was rewritten by Monk Saunders so it would include Bow as a romantic lead. This rewrite would prove one more critical step to winning the big contest at the Oscars.

The movie features two aviators who join the Army Air Service to fight in World War I. A love triangle forms between the two men and a woman, Sylvia Lewis. Mary Preston, played by Bow, is a girl next door desperately in love with Jack Powell, played by Charles Rogers. After a quick training course where one of their fellow pilots die, the two men are shipped off to fight in Europe.

The film culminates with the air war over the Battle of Saint-Mihiel. The spoilers here are too many, but the film is worth a watch and it’s easy to see why it won an Academy Award. Even at the time, the film received praise for its realism and technical accuracy. Its realistic depiction of World War I air combat was another reason it won such high praise. The filmmakers knew what they were doing because they’d been there.

Rogers was only a teenager during the war but director William Wellman made up for it. He was an American fighter pilot fighting in France before the U.S. entered World War I. Of the hundreds of pilots and extras on the set, the director stood out. He was a recipient of the French Croix de Guerre with two palms, three confirmed air-to-air kills, five more probables, and a limp from being shot down by a German anti-aircraft gun.

“Wild Bill” Wellman (a nickname he picked up during the war) knew what air combat over the trenches of World War I looked like because he had seen it so many times. Moreover, he was able to translate the view for audiences across America.

Wellman got the U.S. War Department (precursor to the Department of Defense) to help support the picture. The War Department offered planes and pilots and were rigorously controlled by the director, who had more than earned their respect with his combat experience. All the pilots in the film were either pilots before or were taught to fly for the film so they could be photographed at the controls in flight.