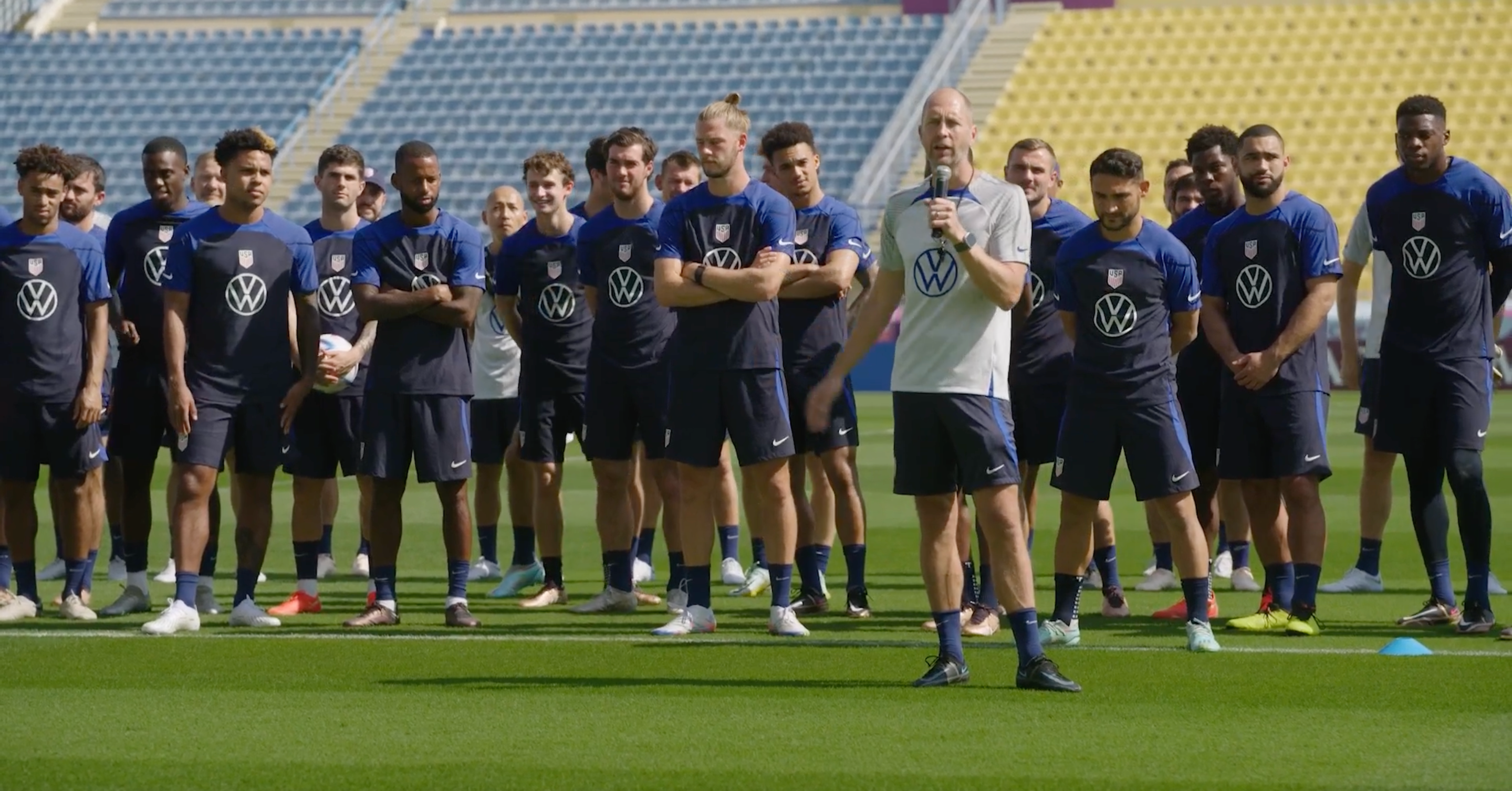 The U.S. Men’s National Soccer Team will start the 2022 FIFA World Cup with a match against Wales on November 21. Before then, the team is conducting training sessions to play at their best in Qatar. To show their appreciation to American troops overseas, the team invited service members and U.S. embassy personnel to their training session on November 16 at Al Gharafa Stadium in Doha, Qatar.

Head Coach Gregg Berhalter welcomed troops from Camp As Saliyah, Qatar and Al Udeid Airbase, Qatar, as well as personnel from the U.S. Embassy in Doha, Qatar, and their families to the event. “On behalf of the staff and the players, we want to thank each one of you for serving our country,” Berhalter said. His welcome was followed by a round of applause from the team.

Berhalter’s idea to bring Americans posted overseas to the training session was welcomed by the team. “You don’t know how much this support means to us,” he said. “I told the guys on the way over that we’re gonna have a group here and then I saw the smiles, ear to ear, that the military was gonna be here supporting us. It feels really good because we know how much you do for our country.”

Berhalter shared that 16 years ago, the team played in Germany and made a trip to Ramstein Air Force Base to meet service members. There, a young military child excitedly met players and took pictures with them. That boy, Weston McKennie, is now a midfielder on the U.S. Men’s National Soccer Team. “The sacrifice that you guys [and] your family make is incomparable,” McKennie told the visiting service members. “Cuz my dad did it, my dad was in the service. We travelled all over the place. He showed support as much as he could but he couldn’t always be there. So for you guys to take the time out of your day to come here to support us is big time.”

During the event, the roughly 1,000 guests were allowed exclusive access to watch the full training session. Afterwards, players met the visitors, signed autographs, and took pictures with them.