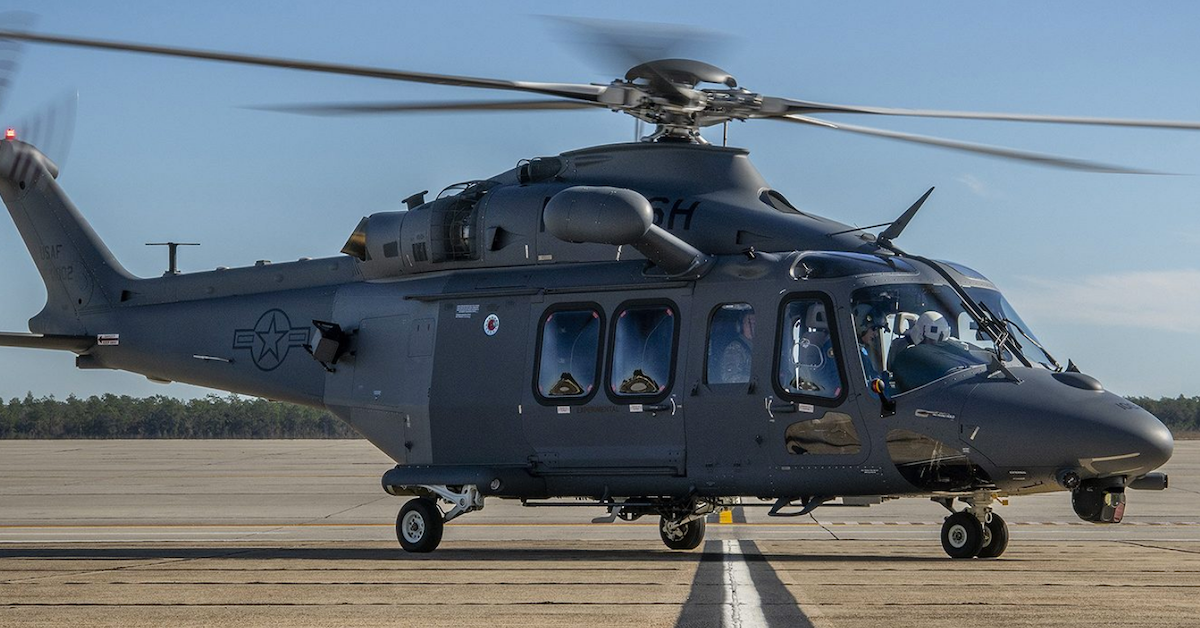 For nearly 40 years, the Air Force missions of VIP transport in the DC area as well patrolling Air Force Global Strike Command missile fields has been performed by the UH-1N Huey. Despite modernization efforts, the aging fleet of Air Force Hueys is limited by range and speed which makes its primary missions of transport and patrol difficult. In September 2018, the Air Force awarded a $2.38 billion contract to Boeing-Leonardo to supply 84 MH-139A helicopters to replace the Huey.

Based on the commercially available AugustaWestland (now Leonardo helicopter division) AW139, the first MH-139A was delivered to the Air Force on December 19, 2019 at Duke Field, Florida. It was at this unveiling ceremony that the new helicopter was given the name Grey Wolf. “As they hunt as a pack, they attack as one, they bring the force of many,” said AFGSC Commander General Timothy Ray of the MH-139A. “That’s exactly how you need to approach the nuclear security mission.”

The Grey Wolf boasts a cruising speed of 130-140 knots compared to the outgoing Huey’s 90-100 knots. It also has much longer legs than the Huey with a range of 778 miles vs. just over 300 miles for the UN-1N. The Grey Wolf is also equipped with armor, countermeasures, a forward-looking infrared camera system, and the ability to mount a machine gun. These capabilities will prove to be crucial in AFGSC’s primary missions of security and patrolling.

Testing is currently underway on the Grey Wolf. Flying from Duke Field at Eglin AFB, a Boeing pilot and Maj. Zach Roycroft of the 413th Flight Test Squadron made the first combined test flight on February 11, 2020. “This first flight with Boeing was a critical step for the MH-139A program and allows us to establish a foundation for government testing,” Roycroft said. As testing progresses, production at Leonardo and Boeing’s Philadelphia facilities is ramping up as well. Full-rate production is expected to be achieved in 2023 with an anticipated delivery rate of 10 aircraft per year into the early 2030s. Of course, the most important part of acquiring a new helicopter is teaching pilots how to fly it.

On November 20, 2020, Secretary of the Air Force Barbara Barrett announced that Maxwell AFB, Alabama would host the MH-139A Formal Training Unit. Less than 100 miles to the southeast of Maxwell is the Army’s Aviation Center of Excellence at Fort Rucker, Alabama. There, alongside their Army counterparts, Air Force flight students of the 23d Flying Training Squadron earn their wings flying the TH-1H Huey II training helicopter before going on to specialized helicopter training. Students selected to the fly the new Grey Wolf will have a short PCS up the road to Maxwell.