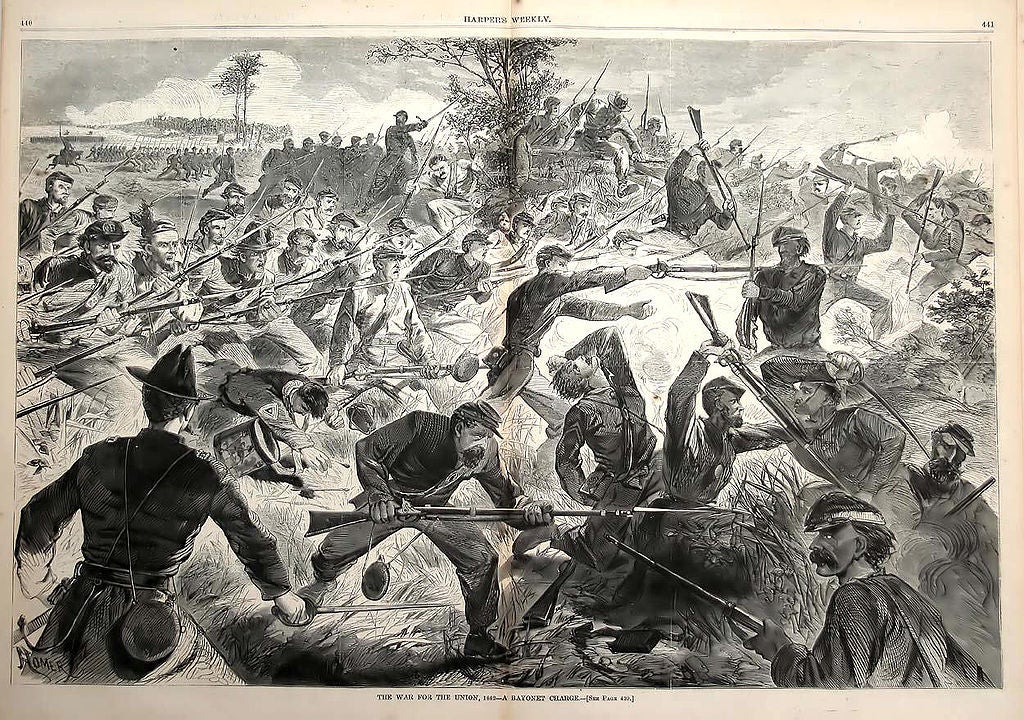 War is never clean, but measures can be taken to minimize the suffering of those who fight the wars and those most affected by them. Casualty counts in wars of the mid-19th century, including civil wars in the Middle East, Japan, and South America as well as conventional wars in Europe between major powers, showed a fraction of the fierceness and brutality of the American Civil War.

Casualty counts of those wars fought elsewhere were also fractional when compared to the U.S. Civil War. The closest body count for a war of the time period, The Paraguayan War in South America, estimates total losses of 200,000-500,000. At its bloodiest, that war’s maximum estimate matched only the Civil War’s lowest estimate.

Here’s why the U.S. Civil War was so brutal.

1. It was not the ‘Gentlemanly Warfare’ of Western Europe

In the old world, Napoleonic-era armies would maneuver to their best advantage, and once outmaneuvering the enemy, could impose its will on the opposing forces. Many times this also led to outright slaughter, but the defeated army could throw in the towel whenever they wanted.

In the Civil War, the American armies still maneuvered, but the contest was fought until one side could no longer adequately defend its position. The opposing forces were set on destroying the enemy’s army and thus its ability to continue fighting the war as a whole. This could mean fighting to the last man.

War is never kind to civilians. In the wars of Europe, armies often fed themselves by foraging, which meant taking food and other supplies from civilian populations, especially enemy civilians. After taking enemy cities, an army might destroy the city or inflict damage on the population, but that was not the goal of the war from the outset. In wars of conquest, it was like destroying one’s own city.

As mentioned, the strategies employed by Union and Confederate forces in the Civil War were meant to inflict maximum pain, including on the civilians, to sap the other side’s will to fight. For the Northerners, it meant killing soldiers and making a continuation of the war unpalatable. For the Union it meant starving cities through blockades. Eventually it meant the wholesale destruction of southern cities.

Infantry rifles are not meant to wound, and never have been. During the Civil War, new small arms technologies were created that increased the destructive power and range of an infantry’s primary weapons considerably.

Rifling was introduced to the standard musket, as were new ammunition rounds that could shatter bones upon impact. Weapons designers also created breech-loading weapons and cartridges that increased a unit’s firepower, as well as repeating rifles and gatling guns that could take out entire units.

Of the estimated million or more casualties resulting from the Civil War, the vast majority of those killed in the armies fighting that war died from diseases due to poor sanitation, terrible food, or exposure to the elements.

For those who were wounded in combat, basic sanitation in surgical wards had yet to be implemented. Wounds that today would have meant a short hospital stay were dangerous to life and limb. Surgeons were quick to remove limbs, especially if they became infected. Infected troops had a short life expectancy – and infection was rampant.