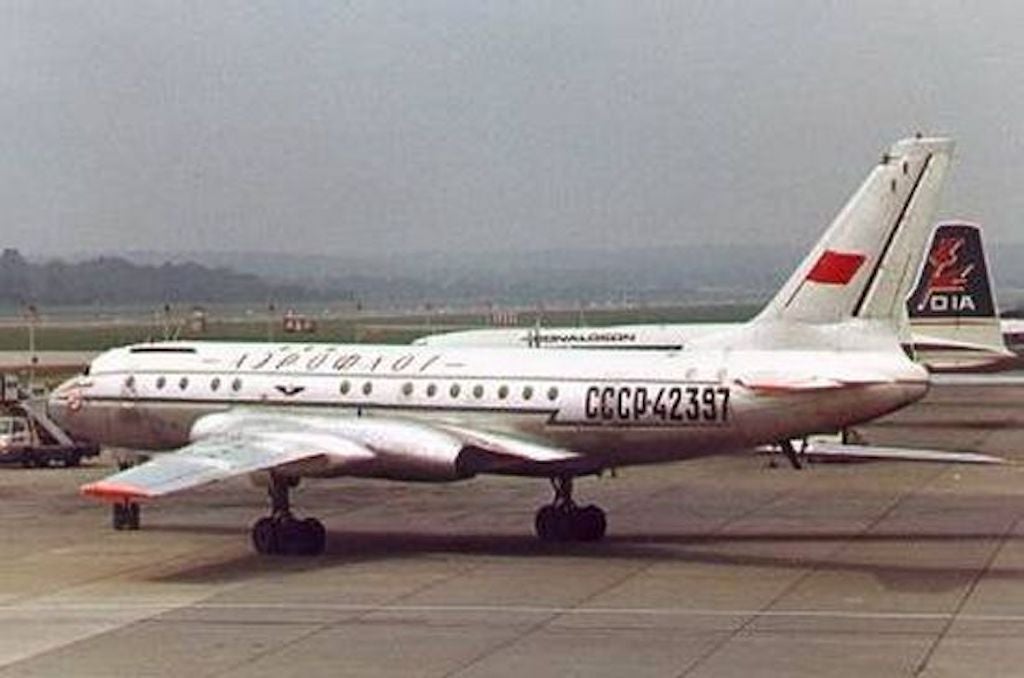 The Tu-104 was an early jetliner that had already been removed from civilian service (Public Domain).

Rank has its privileges. From aides-de-camp to personal transports, general officers often get the VIP treatment in the course of their duties. However, when combined with Soviet greediness and overconfidence, the result can be deadly. Such was the case for the 50 passengers that perished aboard the 1981 Pushkin Tu-104 plane crash.

In February 1981, senior military officials of the Soviet Pacific Fleet were invited to Leningrad, modern day Saint Petersburg, in recognition of their command’s performance. The trip was also an opportunity for the officials to stock up on luxury groceries and other goods that were in scarce supply on Russia’s east coast. In fact, the admirals and generals invited their wives on the trip for some much-needed retail shopping therapy.

The Soviet Navy Tupolev Tu-104 passenger jet, registration CCCP-42332, arrived at Pushkin Airport without incident and its passengers went on to be honored and do their shopping in affluent Leningrad. Upon their return, a massive amount of purchased goods had to be loaded onto the plane. These included hundreds of pounds of sausage and cheese, entire furniture sets, and giant rolls of paper purchased by the commanding admiral for newspaper printing. The enormous cargo load was hastily brought aboard and, at 1800 hours, the Tu-104 lined up for a snowy takeoff.

As the plane pitched up, it climbed higher than normal take-off altitude. Just eight seconds after liftoff and only with only 160 feet of altitude, it stalled and fell into a right bank. The plane continued its starboard roll until it impacted the ground, crashing nearly inverted. It burst into flames, immediately killing 49 of the 50 people onboard. One person in the cockpit was thrown from the nose of the plane and found alive in the snow near the crash site. They were brought to the hospital but died en route.

An investigation into the crash concluded that the excessive cargo was improperly loaded, causing the aircraft to be imbalanced. Moreover, investigators believe that many of the military officials ignored the seating arrangement provided by the flight crew, causing further imbalance. It was also hypothesized that the large rolls of paper rolled backwards during takeoff and shifted the plane’s center of gravity so that it was impossible for the pilot to lower the nose.

28 high-ranking Soviet military officials were killed in the crash. Among them were 16 admirals and generals, including Pacific Fleet Commander Admiral Emil Spiridonov. The fleet commander’s wife was among the spouses who perished on the ill-fated shopping trip. They, along with most of the victims, were interred at Serafimovskoe Cemetery in Leningrad where a memorial was also erected.