The complete guide to Holloman Air Force Base 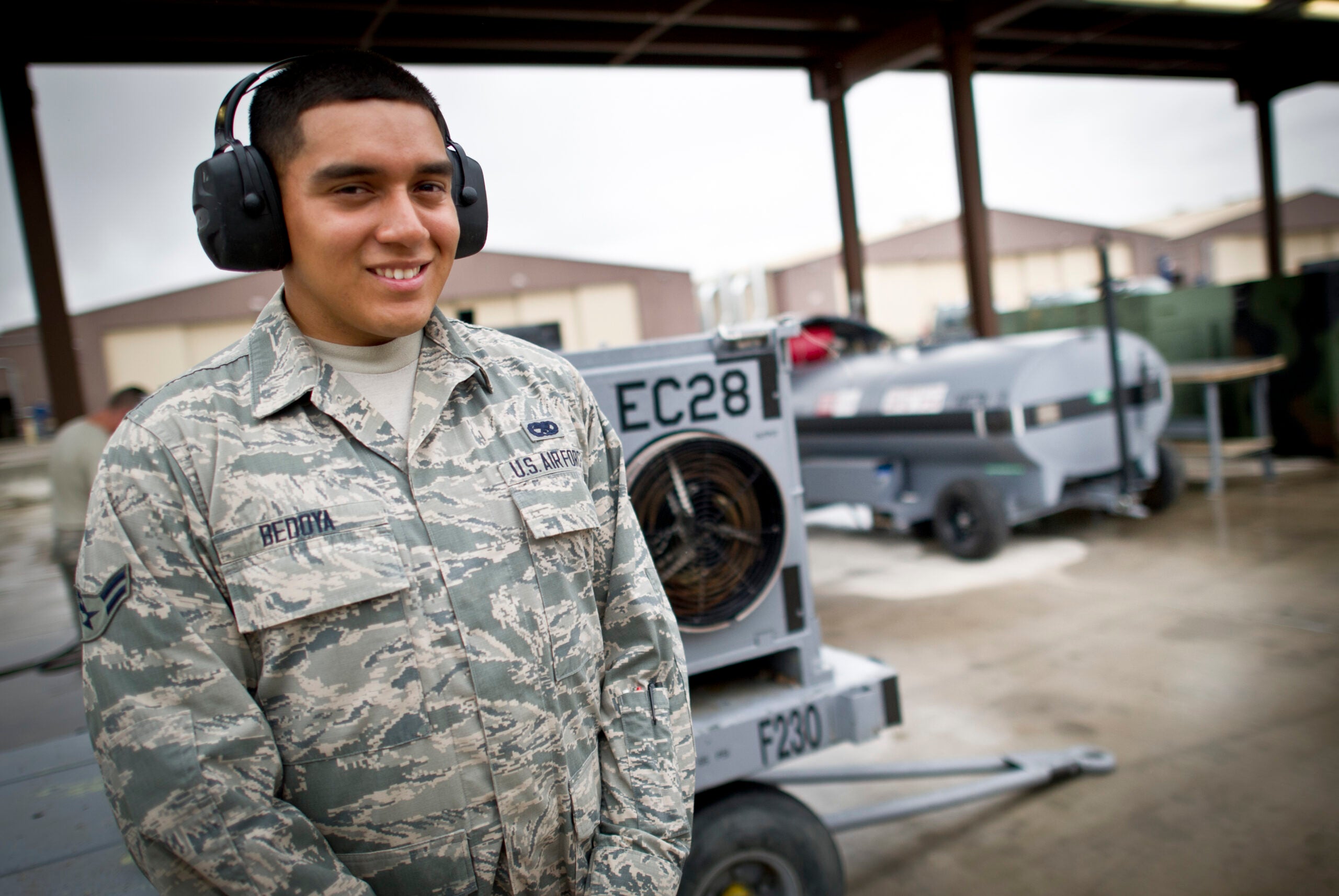 Airman 1st Class Luis Bedoya, 49th Aircraft Maintenance Squadron aerospace ground equipment technician, does his part, by ensuring equipment used for Remotely Piloted Aircraft is fully operational to support the mission of the U.S. Air Force at Holloman Air Force Base, N.M., Sept. 18. Bedoya, from Attleboro, Mass., celebrates the U.S. Air Force birthday by continuing regular operations with his fellow Airmen while listening to the radio. “I have wanted to wear this uniform since I was a kid,” said Bedoya, “I have never imagined myself anywhere else. It’s an honor to be featured as a part of this great tradition.” On September 18, 1947 the U.S. Air Force was officially recognized as an independent military service, leaving behind its former role, the U.S. Army Air Corps. This year marks 67 years of the U.S. Air Force leading the world in air superiority, space and cyberspace. "The future of our nation is forever bound up in the development of Air Power," Brig. Gen. Billy Mitchell, United States Army Air Service. (U.S. Air Force photo by Staff Sgt. Stacy Moles / Released).

If a duty station to the Land of Enchantment is in your future, then this is the base guide for you! Holloman Air Force Base is located in New Mexico. This is one of the AF’s busiest installations because it’s home to the Air Combat Command. The ACC was created in 1992 with the joining of the Strategic Air Command and the Tactical Air Command. It’s responsible for providing combat forces to warfighters, which means a posting to Holloman will be busy and enriching! Holloman is all about the latest tech, so be prepared. In fact, the 846th Test Squadron set a world land speed record for a railed vehicle, clocking in at 6,453 miles per hour which is the equivalent of Mach 8.5. Read on to find out everything you need to know about Holloman AFB in New Mexico.

Holloman AFB can be reached by car using the following routes.

Driving from El Paso? Take US-54 E to Alamogordo and follow signs.

Alamogordo-White Sands Regional Airport (6 miles) is a nearby regional airport but does not currently have commercial air service.

El Paso International Airport (74 miles) is the closest airport to Holloman AFB and is served by 5 major airlines and 2 regional airlines.

Driving to Holloman may take a while (since it’s just 98 miles from the US-Mexico border), but it will be the easiest way to get around the area!

Holloman is all about readiness. Its main mission is to build combat-ready aircrew while developing and leading airmen.

Holloman Air Force Base is a vibrant AF installation. Not only is it home to the 49th Wing, but it is also responsible for training F-16 pilots, supporting Air Transportable Clinics and Basic Expeditionary Airfield Resources. Additionally, it’s an Air Education and Training Command base. That means it maintains the world’s longest aircraft testing track.

Other units at Holloman AFB include the 704th Test Group and the 54th Fighter Group, which trains an average of 180 students per year. Moreover, the 635th Materiel Maintenance Group calls Holloman home. The 635th is responsible for the storage, inspection, repair, deployment and accountability of bare base assets belonging to Air Combat Command.

There are also about 20 associate units on base.

Like lots of DoD installations, Holloman’s roots align with WWII. Back in 1942, it was known as Alamogordo Air Field. Uniquely, it was designed as a training area for British Royal Air Force and other Commonwealth pilots. Instead, it ended up operating as an Army Air Base. There, B-17 crews and B-24 crews trained in prep for wartime missions.

After the war, the installation got its current name and a new goal as a developmental center. Holloman started testing drones, missiles and UAV-type hardware.

Later, it hosted the F-117 until it was retired. These days it flies F-22 Raptors. It’s also home to the German Air Force Tactical Training Center, supporting nearly 700 personnel and 25 Tornado fighter jets. Speaking of retired aircraft, can you believe it’s been 10 years since the AF retired the F-117?

Things to Do Around Holloman AFB

White Sands National Park (7.2 miles) is 275 square miles of desert where you can go camping, hiking, picnicking and dune sledding.

Toy Train Depot (9.6 miles) is a museum with large model trains and static displays, and you can also take a train ride through Alameda Park.

Alameda Park Zoo (9.1 miles) has 12 acres that are home to nearly 200 animals, an education center, a picnic area and a playground.

Call the Military Housing Office as soon as you receive orders to Holloman. That way, you’ll be able to discuss in real-time the current housing climate and learn what to expect.

You and your Air Force family have options when you call Holloman home. You can choose to live on or off base. Moreover, you can get answers to your questions about housing in the local community by visiting the Housing Referral Office. The RHO provides all DoD personnel with personalized services to assist in finding the best home for your needs and your budget.

Mil-kids who call Holloman home have two school choices. Of course, these public schools are tuition free and are legally required to accept and provide an education to all children in Holloman AFB, NM. As with other education related PCS question, it’s best to contact the School Liaison Office for more information.

How far is Albuquerque from Holloman AFB?

Albuquerque is about 217 miles northwest of Holloman AFB.

What is Holloman AFB known for?

What county is Holloman AFB in?

What aircraft are at Holloman AFB?

The 49th Wing at Holloman AFB utilizes the F-22 Raptor. In addition to the Raptor, Holloman is home to T-38 Talons, the MQ-1 Predator and the MQ-9 Reaper (both of which are Unmanned Aircraft Systems), the QF-4 Drone, the F-4 Phantom II, and the German Air Force Tornado.