Vet Tix isn’t just tickets to shows and games, it’s a chance for veterans and service members to really transition 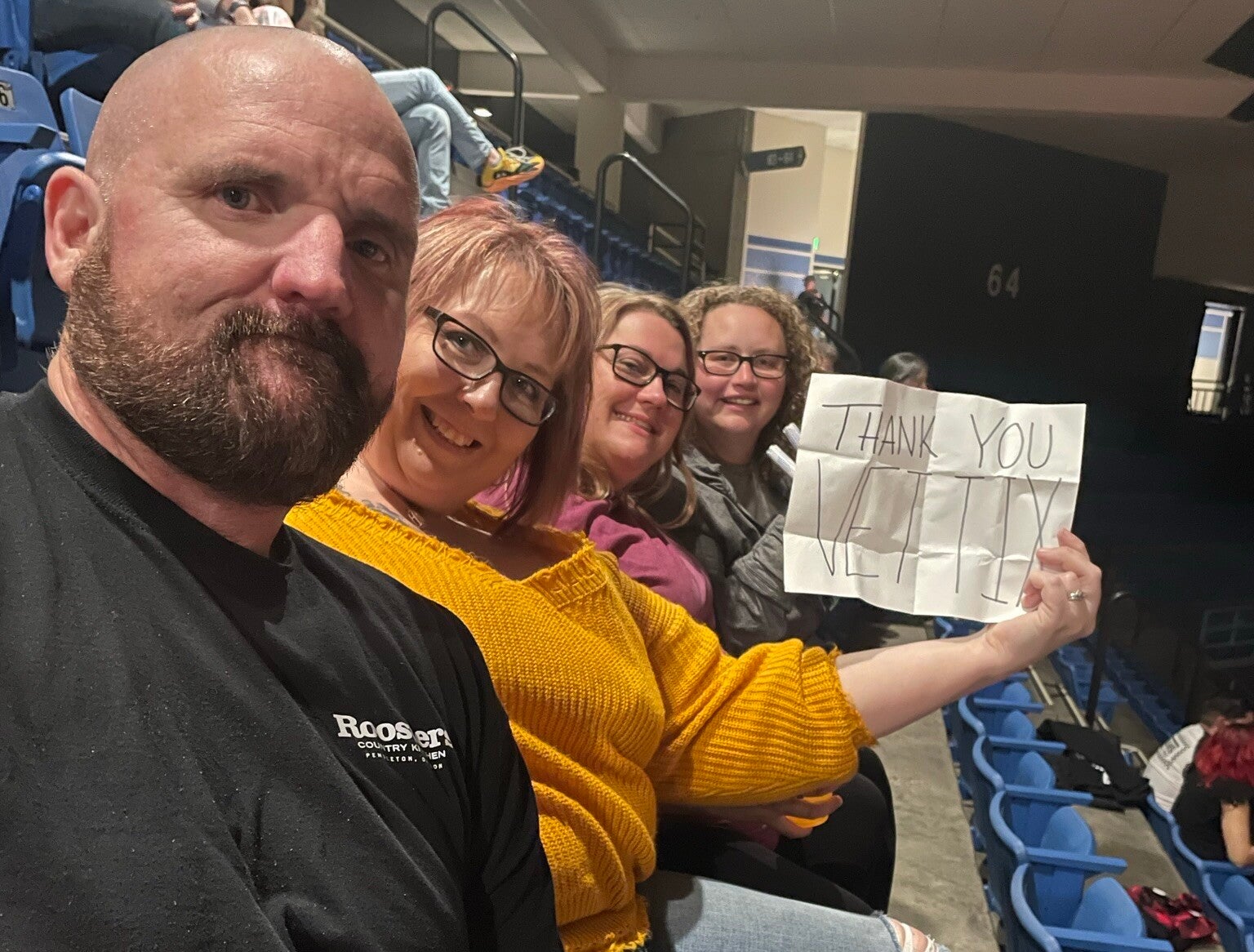 While Master Sgt. Jeffrey Williams was in the Army; he became a squad leader in the 75th Ranger Regiment and served nine tours in Iraq and Afghanistan. He also happened to be a die-hard Shinedown fan. Those deployments took a toll on him mentally and physically. It took a toll on his marriage and his relationship with his children.

That all changed one night when he and his family went to see Shinedown. His wife saw a change in him, one that revealed a side of him she hadn’t seen in a long time. Jeffrey was excited about the show and had prepared for it all day, and when the band took the stage, he stood up and sang along for two hours. It was a complete turnaround.

Vet Tix helped the Williams family get those seats to see Shinedown. Vet Tix is a charity that secures tickets to sporting events, concerts, performing arts, and educational and family activities across the nation, all for veterans and their families.

All veterans and service members have to do is register with the Vet Tix site, confirm their status, find an event in their local area, and request tickets. The tickets are then delivered for a nominal delivery fee that helps keep the lights on.

“I sat in amazement, crying my eyes and heart out,” Williams’ wife Wendy wrote to Vet Tix. “I’ve been with my husband since the sixth grade, and we all saw it — the man who lived every moment of his life to give and protect his family, friends and country — return to the man he was.”

Jeffrey Williams gave so much to his service, his soldiers and his country. Over the course of those nine deployments, he sustained an incredible number of wounds. During one deployment, he was wounded by an ambush involving an improvised explosive device (IED). Two deployments later, he was involved in a firefight where he sustained 14 AK-47 rounds to his upper body.

He was never the same. For 20 years, his wife Wendy worried that she might be injured by his nightmares if she slept too close to him. He struggled with addiction, PTSD, suicidal thoughts, and even major health issues related to his service.

Yet, after the Shinedown show, Williams drove his family home in their SUV, windows down, with Shinedown cranking from the stereo. He drove with no anger or ill feelings toward anyone. When they got home, Jeffrey met his estranged son and took him to the garage. There, Jeffrey gave his son his grandfather’s fully restored 1968 Dodge Charger as a gift for securing a new job.

That night wasn’t the end of the change in Jeffrey Williams or for his friends and family, either. The good feeling carried on into the days ahead. Wendy Williams wrote to Vet Tix in April 2022 to tell the organization about her husband’s story.

“I write this today, a few days after the concert as my husband is out mowing the yard,” she wrote. “[He] has a smile ear to ear and he is going bowling tonight for the first time in 15 years… This event may have not only saved our marriage, it mended a bad situation between our son and him, and it brought back the man we lost years ago.”

Wendy and Jeffery Williams aren’t the only ones who have seen dramatic changes from a Vet Tix outing. Vet Tix has provided more than 14.6 million tickets to events for veterans and their families. The potential power of a Vet Tix event has led to partnerships with the Department of Veterans Affairs, Armed Services YMCA, Merging Vets and Players (MVP), and more.

Vet TIx’s latest partnership could be its biggest deal yet, especially for college football fans. Vet Tix has secured multi-year partnerships with the biggest bowl games in college football: the Cotton Bowl, Fiesta Bowl, Orange Bowl, Sugar Bowl, and Peach Bowl to get veterans seats and experiences to some of the best games in the country, many of which will host College Football Playoff games in the years to come.

While these are exciting opportunities, it’s important to recognize that these aren’t just football games; it’s a chance for veterans to transition home to feel comfortable in their new lives for the first time. Just ask Wendy Williams.

“I had not seen my husband so excited for something since the day he found out he was going to be a father for the first time,” Williams wrote of her husband’s enthusiasm for his Shinedown show. “For the first time in 20 years, I slept on his chest without fear of him having a night terror.”