5 reasons to remember the garrison veteran, especially on Veterans Day - We Are The Mighty

5 reasons to remember the garrison veteran, especially on Veterans Day 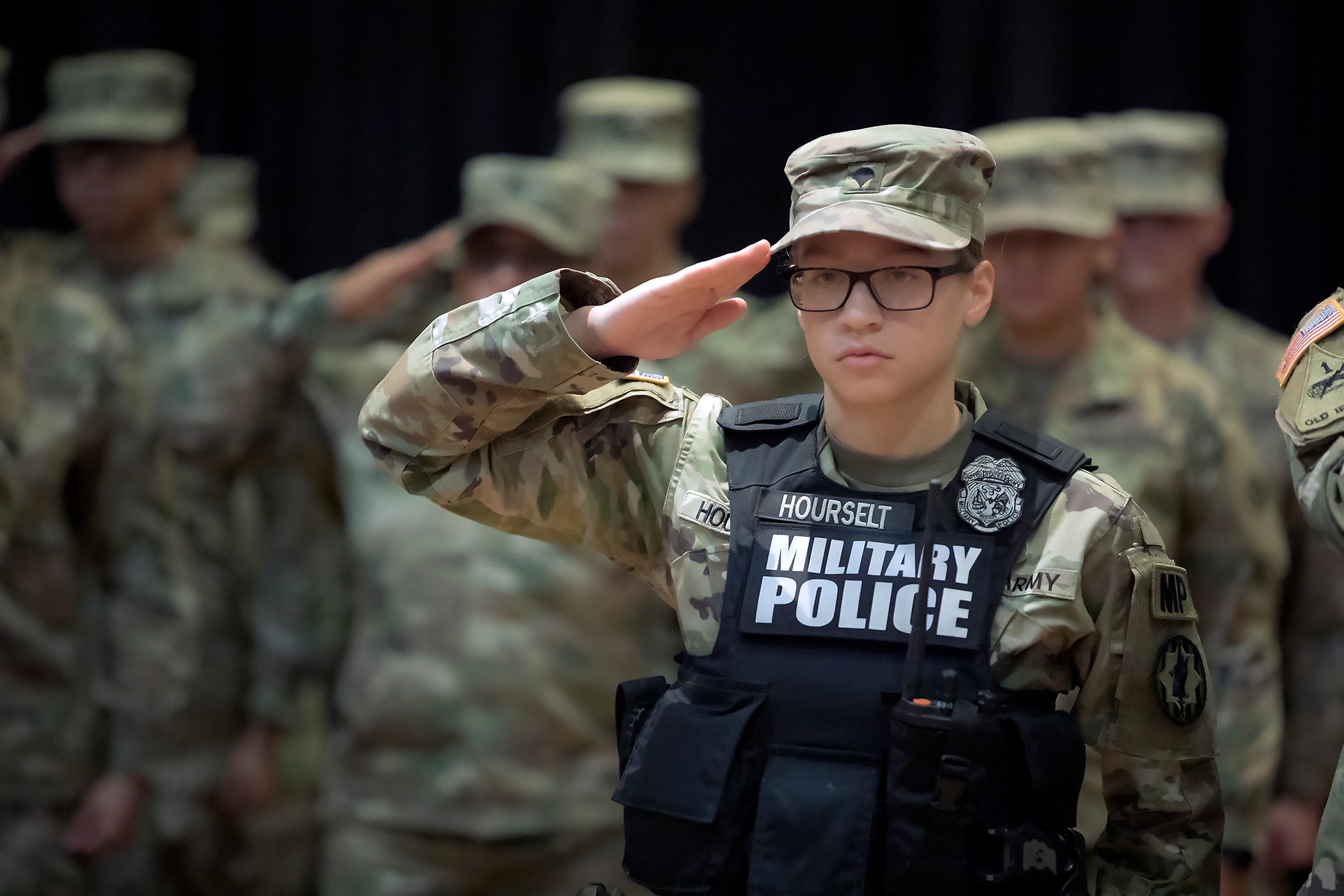 Combat veterans are proud of their service, as they should be. They’ve experienced the culmination and epitome of military service. Everyone who raises their right hand in an oath of enlistment or commission knows that one day they may have to go to war. Many yearn for such an experience. After they come home it is common to see bumper stickers, license plates, hats, pins and shirts emblazoned with “combat vet.” Statistically speaking there are not a lot of combat vets, however there is cohort of veterans that get overlooked: the garrison veteran. These guys put up with a lot of crap, a lot of pettiness, and a lot of nonsense. They are often overlooked. When someone says, “Thank you for your service” they imagined you facing the enemy with rifle in hand, not police calling cigarette butts in front of a headquarters building, while stopping to salute passing officers.

Here are 5 reasons to remember the garrison veteran:

Junk on the bunk

This is one of the many painful inspections you will stand in the military. Junk on the bunk is the vernacular for an individual equipment inspection. It’s where you lay out combat uniforms and 782 gear, also known as deuce gear, on a bunk. Everything must be folded a certain way, and the gear must all be laid out in uniform fashion. Presumably the purpose is to inspect accountability and serviceability of the equipment, to ensure you have what is required to deploy. The military, with its reputation for discipline and the much over-used phrase “attention to detail,” makes these events something to be dreaded. Many will set their gear up days in advance and sleep on the hard tile floor as they prepare. The inspection of the field gear takes on the same attributes of a spit-and-polish dress uniform inspection with various ridiculousness such as ensuring there are no Irish pennants inside your canteen pouch, or that your name is perfectly centered and stamped in your underwear. You know, things that will make you more lethal in combat.

The phrase “dog and pony show” is familiar to the garrison vets. When scheduled by the command they sound much more official with the events being called such things as a static display or capability demonstration. These events are generally held for a visiting politician or a foreign military representative. A tremendous amount of time, effort, and rehearsals are invested in these occasions. Once executed they are brief affairs often given a casual glance by the dignitary. Dog and pony shows are dreaded by all, with the exception being those events associated with Fleet Week. During Fleet Week there are static displays and capability demonstrations, but they are for the public and followed by liberty where the Marines and sailors are greeted enthusiastically by the hosting city. This is the only occasion where a garrison veteran will get a little appreciation, though savvy ribbon readers will spot the combat vets among them and redirect their attention.

Living in the barracks brings a whole host of issues, many of which prompt junior enlisted service members to hatch reckless plans to move off base, such as marrying a stripper. One of the nuisances is the weekly field day inspection. There’s clean, then there’s the military version of cleanliness. You may clean your room until the wee hours of the morning with NCOs berating you, then sleep on the floor so your rack remains tight. After PT the next morning you can’t use your shower or toilet until the room inspection is complete. The black mold that’s been festering since the 80s is your fault for not scrubbing enough or using enough bleach. Sometimes you put forth all of this effort and no once actually inspects your room. It becomes such a toil you actually can’t wait to get back out in the field.

Inspection…we are seeing a trend here. The uniform inspection may be a service or dress uniform, sometimes it is the working uniform. Preparation is a tedious affair dominated by the aforementioned “attention to detail.” Badges and ribbons are measured and re-measured with small rulers. Cuticle scissors and cigarette lighters are used to eradicate stray threads, using great care not to damage the garment. The uniform is pressed and starched. You cannot sit down once you put it on lest you wrinkle. The dreaded shirt stays attached to the tails of you shirt and the tops of your socks used to present a crisp, wrinkle-free shirt, will inevitably come loose and snap you in the groin. The only consolation while standing at attention under the scrutinizing eyes of the clipboard-holding NCO is the thought, “This….this is the kind of stuff that helped us beat the commies last time.”

There are times in your military service where safety briefs are absolutely necessary. You know, the “if you do this it will blow up” type. However the military takes the safety brief to a whole new level. Prior to commencing a weekend, leaders stand in front of their people and tell them in excruciating detail what not to do. Before a three or four day weekend the safety brief is even longer. After the commander speaks the senior enlisted advisor speaks. This is followed by unit leaders all the way down to the lowest level. It is seriously a painful experience. No matter how many times a leader says, “If you drink don’t drive, if you drive don’t drink,” someone is going to do it! It is selective disobedience. The safety brief does not prevent stupid. Every so often you will get a salty leader who will let you go with a simple, “Don’t increase or decrease the population. See you Monday.”

We salute each garrison veteran out there. The combat vets seem to get all of the attention, but you silent professionals are the ones who endure the constant grind. Be proud of your service. We all know you would rather be “down range” than standing some inspection, but such is the military life in between fights. Hold fast.