3 foreign generals who became honorary U.S. citizens - We Are The Mighty 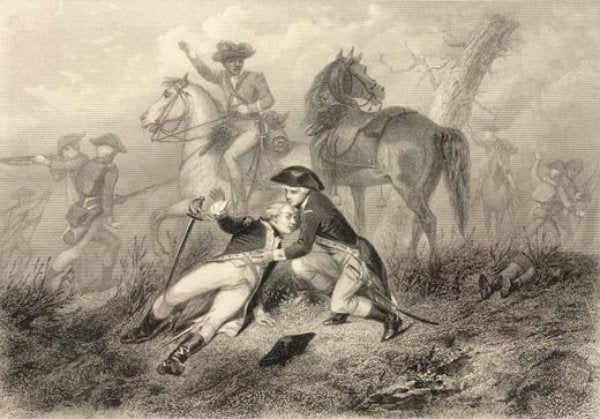 For many Americans, military service was their pathway to citizenship. For their service during the Revolutionary War, three foreign generals have been declared honorary citizens of the United States. Citizenship can only be granted by an act of Congress or by a proclamation issued by the President. Although purely ceremonial, the awarding of citizenship highlights the enormous contribution that these men made to the United States of America in its struggle for independence.

Arguably the most important foreign national in American history, Lafayette was born into one of the oldest and most distinguished French families. Following family tradition, he commissioned as an officer in the Musketeers. In 1776, the 19-year-old Lafayette was put in contact with American agents by King Louis XVI. The French hoped to regain influence in North America and exact revenge against the British for the Seven Years’ War by covertly supporting America in its revolution. However, Britain learned of these backroom dealings and threatened France with war if support was provided to the colonies. Against the orders of his commanding officer (and father-in-law) and a decree by the king, Lafayette was determined to join America’s fight and bought a ship with his own money for the trip across the Atlantic. Agreeing to serve without pay, he was commissioned by Congress as a major general on July 31, 1777. During the revolution, Lafayette was wounded at the Battle of Brandywine and endured the harsh winter at Valley Forge. His commands at the Battles of Rhode Island and Yorktown were instrumental in America’s victory and independence. Lafayette was awarded honorary citizenship in 2002.

Another foreign military officer who served in the Continental Army, Casimir Pulaski was a Polish nobleman and skilled cavalryman. He was involved in the revolution within the Polish-Lithuanian Commonwealth for which he was exiled. Upon Benjamin Franklin’s recommendation, Pulaski traveled to America to help in its own revolution. After arriving in America, he wrote, “I came here, where freedom is being defended, to serve it, and to live or die for it.” Like Lafayette, Pulaski served alongside General Washington at the Battle of Brandywine. When the Continental Army was forced into a retreat, Pulaski led a charge that prevented a British encirclement and saved Washington’s life. For this action, Congress commissioned him as a brigadier general in the Continental Army cavalry. Pulaski was a strong believer in the superiority of cavalry over infantry. He organized the Continental Army’s cavalry units and wrote the first doctrine on its formations. For this, he is known as the father of the American cavalry. Pulaski was killed leading a charge at the Battle of Savannah on October 11, 1779. For his service to the nation, Pulaski was made an honorary citizen in 2009.

Like France, Spain had strategic interest in helping America achieve its independence from Britain. On January 1, 1777, General Gálvez was appointed governor of Luisiana (the colony’s name under Spanish rule). Under his command, the Spanish practiced an anti-British policy by inhibiting British smuggling in the region and promoting trade with France. Moreover, Gálvez sold desperately needed supplies like gunpowder, muskets, uniforms, and medicine to Americans. Although the British blockaded the colonial ports, Gálvez allowed the patriots use of the Mississippi River via New Orleans. The city also served as a safe haven for American raiding parties after attacking British ships. Following Spain’s declaration of war on Britain in 1779, Gálvez carried out an impressive military campaign against the British. He scored major victories at Fort Bute, Baton Rouge, and Natchez that year. This campaign eliminated the British presence in the lower Mississippi Valley. At the Battle of Fort Charlotte in 1780, he recaptured Mobile from British control. His most important victory was the land and sea campaign that captured Pensacola. This left the British with no military bases on the Gulf Coast. Although his contributions are not commonly taught in American history, his campaigns against the British and support for the patriots on the Southern Front were vital in America’s victory over Britain. Gálvez was awarded honorary citizenship in 2014.