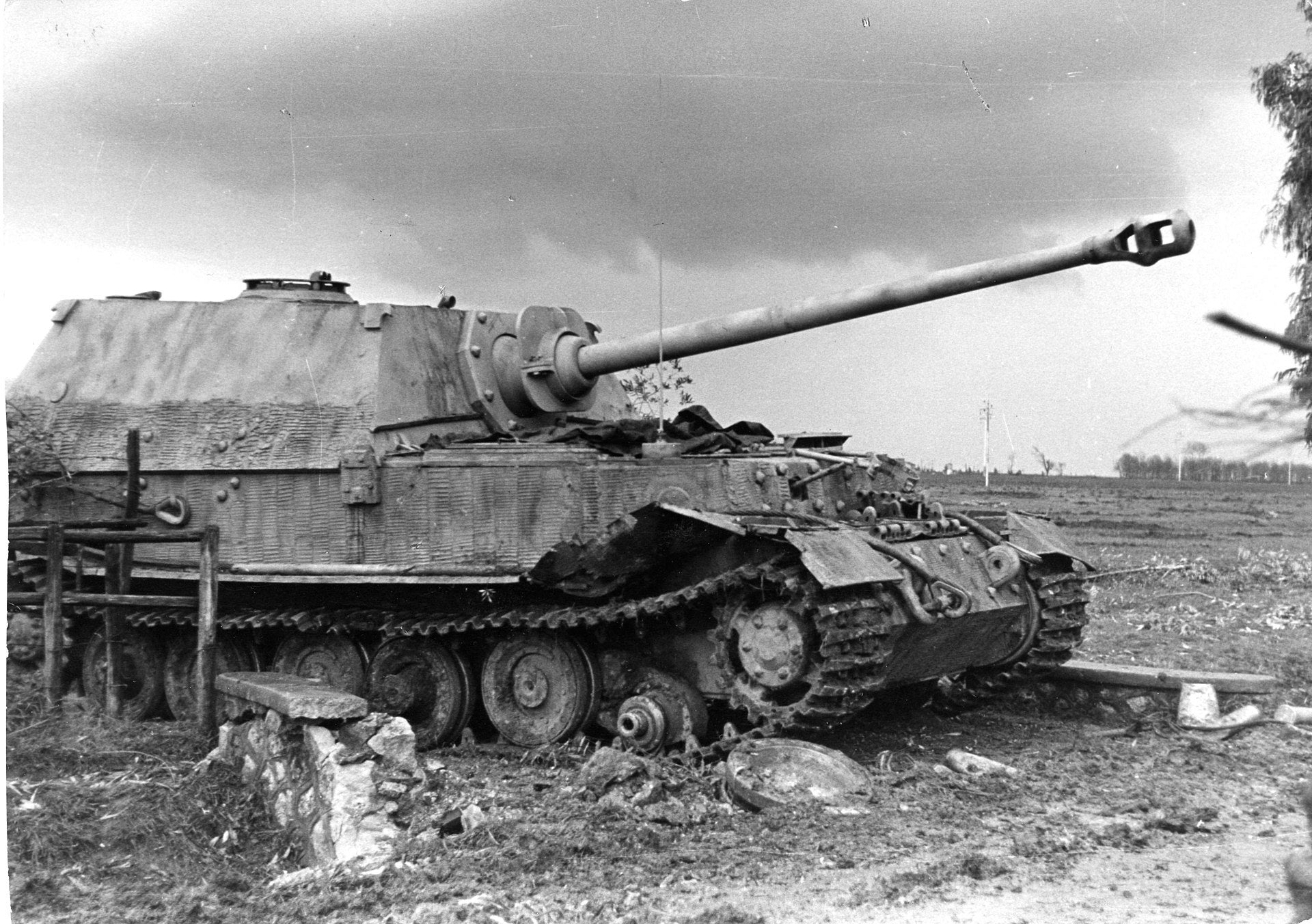 Porsche is perhaps best known for its 911 and other sports cars. Although the company likes to reference its history, with a German commercial highlighting an old Porsche tractor, products made during the 1930s and 1940s are left alone. During the Nazi regime, company founder Ferdinand Porsche designed cars for the Nazis like the Volkswagen Beetle and the Kübelwagen light military transport. Porsche was also a pioneer in hybrid technology which he was keen to put to use in German armored fighting vehicles like tanks and tank destroyers.

One of the most famous armored fighting vehicles of all time, the Tiger tank was as loved by its German crews as it was feared by the Allies. Although the Tiger that the Germans fielded during WWII was designed and built by Henschel, Porsche designed his own version during the development competition. He even reportedly gave the tank its nickname. As chairman of the Panzerkommission, Porsche headed a group of engineers and industrialists who advised Hitler on German tank design. Through this, Porsche learned that Daimler-Benz was designing a new tank and began work on a competing design in 1939. Using his preferred gasoline-electric drivetrain, Porsche designed the VK 30.01 (P) heavy tank. Although only two prototype chassis were built, the design evolved into the VK 45.01 (P), Porsche’s submission for the Tiger tank in 1941. However, the hybrid drivetrain was unreliable and copper for the electric drive was in short supply. Combined with inferior maneuverability compared to the Henschel design, the Porsche Tiger was not awarded the production contract.

Although the Porsche Tiger was not selected for full-scale production, Germany had a use for the 91 chassis that were built. Rather than being fitted with the Krupp turret used on the Tiger, the VK 45.01 (P) hulls were repurposed as turretless tank destroyers in 1943. Designated the Panzerjäger Tiger (P), the new vehicle was armed with a long 88mm gun, heavier and deadlier than the older version fitted to the Tiger. This was possible due to the fixed nature of the gun on the casemate design. Originally nicknamed Ferdinand, after its designer, the tank destroyer was first deployed during the Battle of Kursk on the Eastern Front in 1943. Although its impressive gun could kill Soviet tanks at long range and its thick armor was difficult to penetrate, it was vulnerable to mines and prone to mechanical problems. This negated the protection of the Ferdinand’s armor since the crew had to dismount to conduct repairs and maintenance. In 1944, Ferdinands received upgrades and modifications including an additional MG 34, a new cupola, improved armored engine grates, and Zimmerit coating. This resulted in a new nickname: Elefant. Although these improvements helped battlefield performance, continued mechanical breakdowns and a lack of spare parts at the front resulted in most Elefants being abandoned during combat. Only two examples survived the war, with America and the Soviet Union each capturing one.

As with the original Tiger heavy tank, both Henschel and Porsche received development contracts for the Tiger II. Similarly, both designs featured a Krupp turret. The differences came in the hull, transmission, suspension, and wheels. The Porsche Design utilized the suspension from the Elefant and the ubiquitous Porsche hybrid drive. Whereas the Henschel hull design was more conventional with rear-mounted engine and mid-mounted turret, the Porsche Design reversed this with a mid-mounted engine and a rear-mounted turret. Porsche’s experimental designs won little favor with the German military and Henschel’s design was selected for production.

Completed in late 1944, the Maus remains the heaviest fully-enclosed armored fighting vehicle ever built. Designed as a breakthrough tank, the Maus weighed 207 short tons and measured 33 feet long, 12.2 feet wide, and 11.9 feet tall. The drivetrain was, of course, a typical Porsche hybrid drive. Its turret was fitted with a 128mm main gun and a 75mm coaxial gun. Combined with 200mm of frontal armor, the Maus would have been a formidable foe on the battlefield. Five were ordered, but only two hulls and one turret were completed before the war ended. The single complete Maus prototype is on display at the Kubinka Tank Museum in Russia.