This experimental WWII tank was like a Sherman on steroids 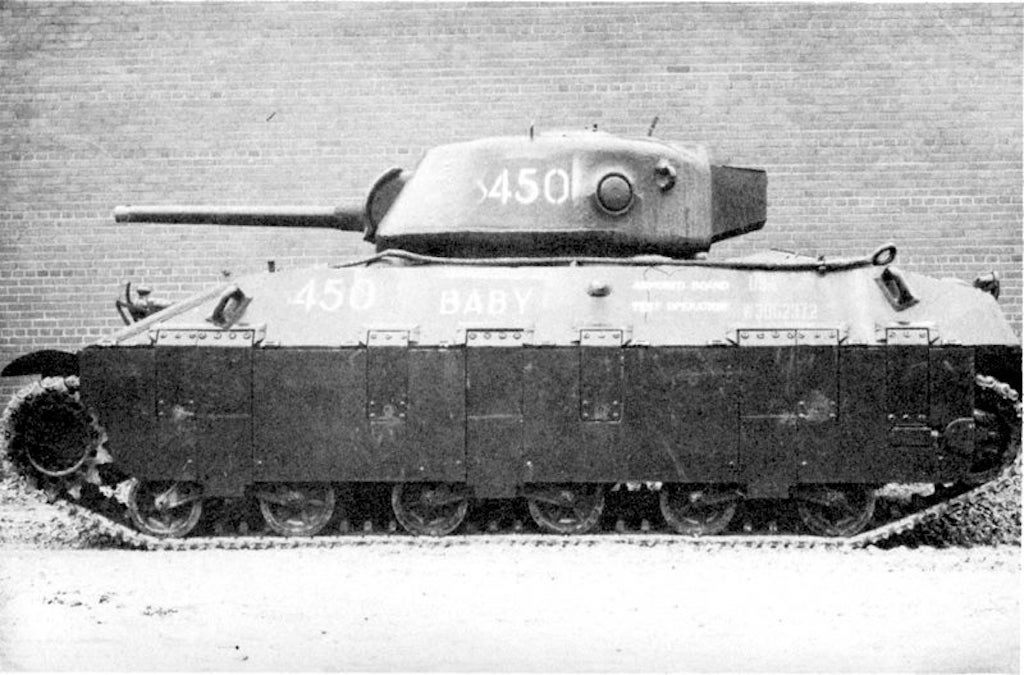 At the onset of WWII, Germany arguably had the strongest tanks in the world. Meanwhile, many of Great Britain’s tanks like the early iterations of the Churchill proved to be slow and/or ineffective on the battlefield. Partnering with the United States, Britain sought to develop a universal infantry tank to compete with Germany.

Classified as a heavy tank due to its armor and weight, the universal infantry tank concept was also referred to as an assault tank. In short, it had to be mobile enough to strike enemy defenses with mechanized units while having enough armor and firepower to engage in a tank-on-tank brawl. While the early Churchill had decent armor, it lacked mobility and firepower. British cruiser tanks like the Crusader were very mobile, but lacked armor as a result. The assault tank concept sought a compromise between the two.

In 1941, the Chief of the U.S. Ordnance Department traveled to England to discuss the experiences of Britain’s armored formations early in the war and develop the assault tank concept. The discussion established that the tank would share many parts with the M4 Sherman. In fact, it retained the same armor thickness of about 2 inches. However, the assault tank’s armor would be more extremely sloped, increasing the effective thickness to 4 inches. The design called for it to be armed with either the U.S. M3 75mm or the British QF 6-pounder 57mm gun.

The assault tank concept spawned the T14 Heavy Tank. As the requirements dictated, many of its parts were derived from the Sherman. Consequently, the T14 appeared visually similar to the medium tank. It maintained a crew of five; a commander, gunner, loader, driver, and co-driver. While the T14’s suspension was derived from the Sherman’s, it used double-width tracks to better carry its increased weight. Moreover, the suspension itself was covered in armored skirts, a British contribution to the design.

The pilot model T14 evaluation wasn’t completed until 1944. Although it was powered by a Ford V8 engine, the tank’s heavy weight meant it had a top speed of just 17mph. Moreover, it was prone to throwing tracks. The armored skirts made replacing the tacks more difficult and test crews were dissatisfied with the tank. Additionally, the British designs of both the Churchill and cruiser tanks were refined to the point that they were far more effective than when the T14 was conceptualized in 1941. As a result, the assault tank project was abandoned.

Although the British ordered 8,500 T14s in 1942, only two were ever built. One was tested in the United States while the other was sent to Great Britain for their evaluation. Neither tank saw service and only the British-tested version survives today. It is preserved by The Tank Museum in Bovington.