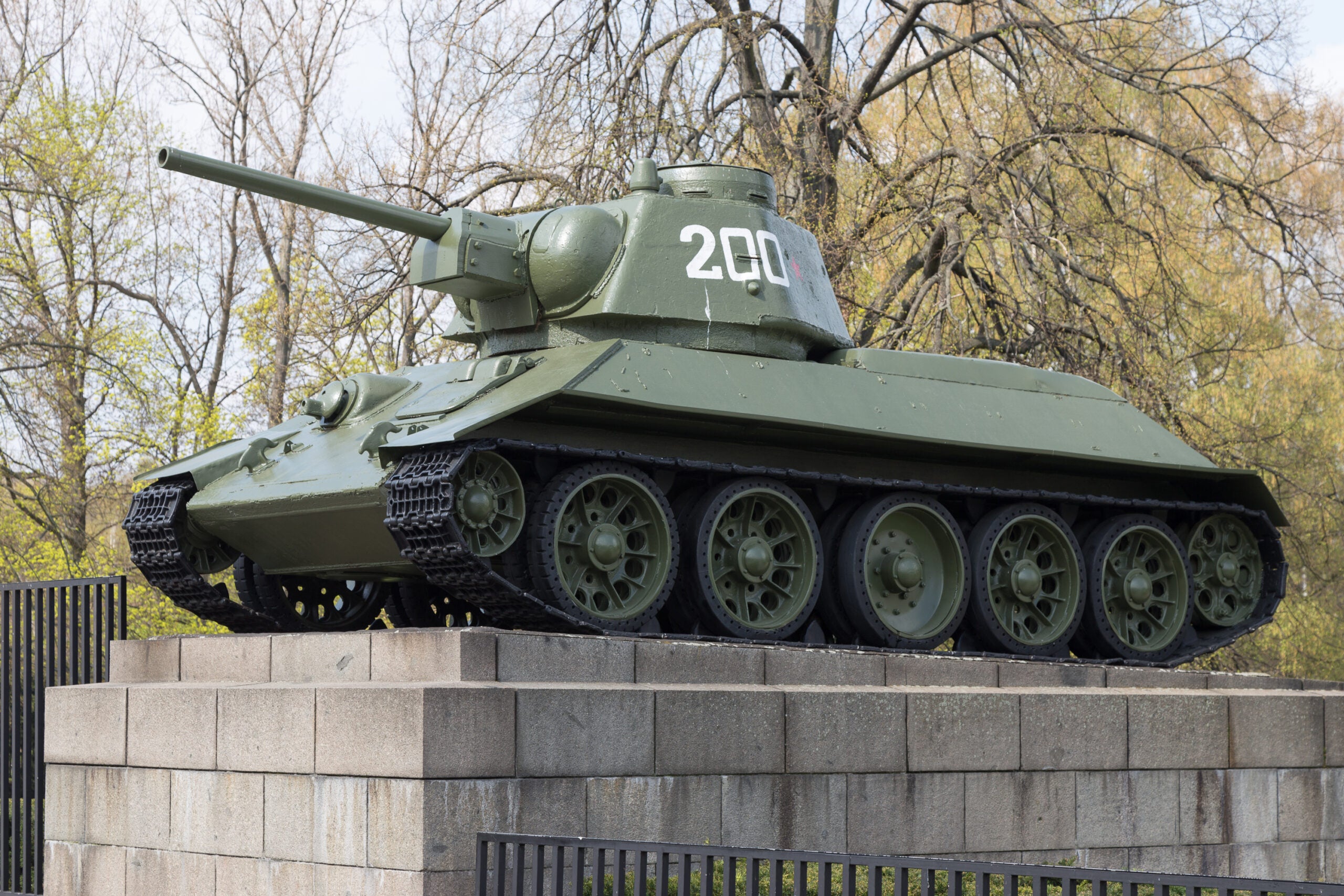 Throughout WWII, the German Army was constantly developing newer and more lethal weaponry to equip its soldiers on the western and eastern fronts. One problem that they kept encountering was the complexity and resulting low tolerances of their early-war equipment. In short, the Germans over-engineered their designs which made them difficult to produce, maintain and employ in adverse combat conditions. One prime example of this problem is the MG 34.

Introduced in 1934 (hence its name) and fielded in 1936, the MG 34 is generally considered the world’s first general-purpose machine gun. With its full-power rifle cartridge, the gun could be used as a light or medium machine gun for an infantry unit, an anti-aircraft gun, or a secondary gun for an armored vehicle. It was light enough to be carried by one man and had a rate of fire that was unmatched at the time of its introduction.

Most German tanks were equipped with the MG 34 Panzerlauf. Meaning armor barrel, the Panzerlauf omitted the MG 34’s stock and could be mounted internally in a tank’s hull, coaxially in the turret, or externally on top of the turret. However, as previously mentioned, the MG 34 required precision machining and was unreliable in muddy, snowy, dusty and humid conditions. As the war intensified, the German Army needed a replacement that could be built more easily and perform more reliably on the battlefield.

Designed and put into service in 1942, the MG 42 with its stamped metal parts was cheaper, easier to produce, more reliable, more user-friendly and arguably more lethal than the MG 34. The new gun boasted a nearly 100% increase in range to 2000 meters and 50% increase in rate of fire to 1500 rounds per minute. It was for this reason that the MG 42 was nicknamed Hitler’s buzzsaw by allied troops who learned to recognize and fear the weapon’s distinct sound.

Why then, did German armored vehicles not adopt the MG 42 if it featured so many improvements over the MG 34? In short, science. As a bullet is shot through a barrel, friction and burning propellant cause the barrel to heat up. In the case of the MG 34 firing 1000 rounds per minute, the barrel would heat up fairly quickly under sustained fire. If a barrel gets too hot, its shot group opens up and the gun’s accuracy deteriorates. Moreover, prolonged stress on the barrel could cause it to fail outright. For these reasons, machine guns like the MG 34 usually feature a barrel that can be swapped out quickly.

In the case of the MG 34, the barrel is replaced by rotating the receiver counter-clockwise from the barrel shroud. From there, the old barrel can be removed and a new one slotted in. The receiver is the rotated clockwise back into place and the gunner can resume firing. While this design is perfectly adequate, the barrel change on the MG 42 is even easier. On the MG 42, the barrel pops out to the right of the gun. The old barrel is swapped out for a new one and then gunner simply locks it back into line with the receiver. However, this was simply not compatible with the existing German tank designs.

Inside a tank, a gunner can easily rotate the MG 34’s receiver and swap out the barrel if it gets too hot. But, because the rest of the gun is mounted in the hull or turret, the side-swapping barrel of the MG 42 would not work. The mounting designs would have to be completely reworked in order to accommodate it. Additionally, the inside of a tank is a far less adverse environment than a muddy foxhole on the western front or a snowy foxhole on the eastern front. As such, the higher tolerances of the MG 42 were not necessary. In cases where a machine gun was mounted outside of a vehicle like on top of a turret or on an open-topped self-propelled gun, the Germans still fielded the MG 34 in order to streamline parts logistics and weapon maintenance.

By the end of WWII, both the standard MG 34 and its Panzerlauf versions were still being produced and fielded by the German Army. After the war, Germany designed the MG 3 general-purpose machine gun from the MG 42. New armored vehicles were also designed with integration of the new gun in mind. The U.S. also incorporated design elements of the MG 42 into the M60 machine gun which still sees limited use in its special forces variants today.