5 types of extra armor added to tanks during WWII 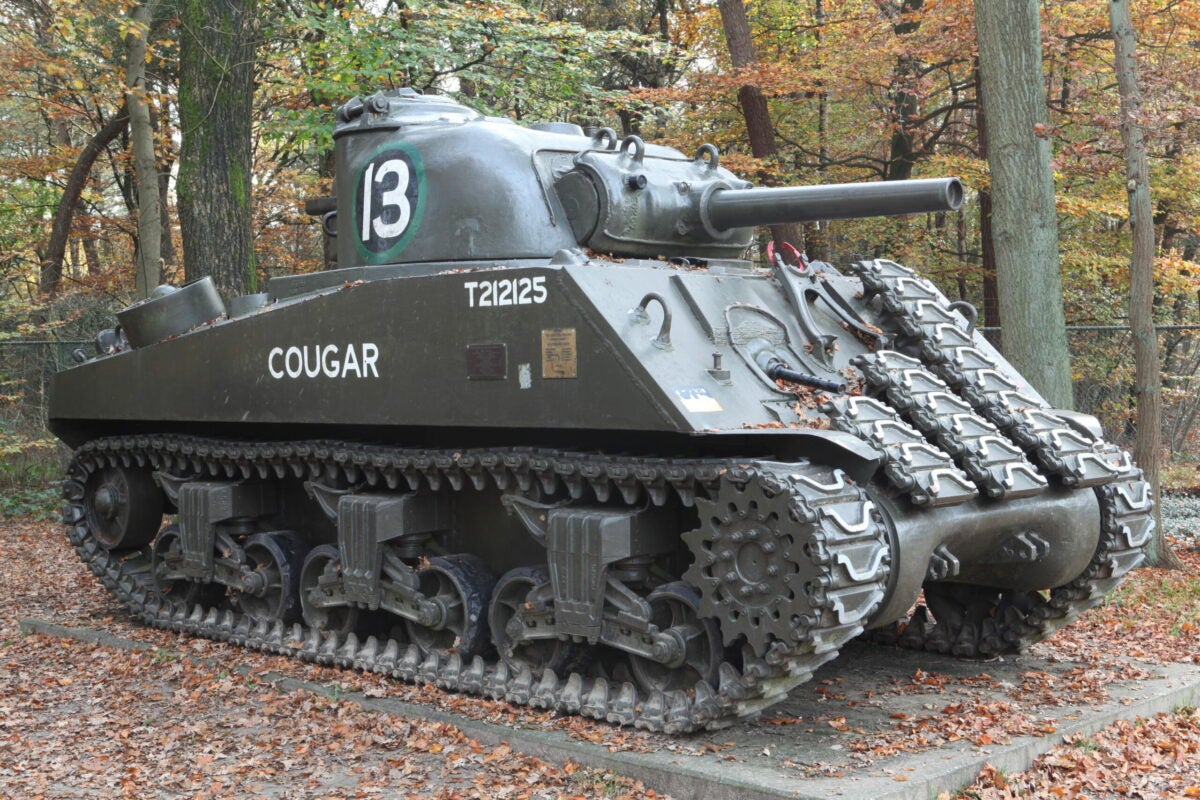 The technological evolution of warfare is cyclical. As weapons become deadlier, armor becomes stronger. As armor becomes stronger, weapons become deadlier. During WWII, tank technology rapidly advanced from small light tanks to battlefield behemoths like the German Tiger. In order to better protect themselves from enemy fire, tank crews often added extra layers of protection to their tanks. Some added armor was more effective than others, though.

Sandbags stop bullets, right? Generally, yes. Short of a high-caliber round like a .50 BMG, sandbags are able to stop bullets. Not tank shells, bullets. Still, this reality didn’t stop American tankers from fortifying the front, sides and turret of their M4 Shermans with an array of sandbags. Arguably more of a psychological armor than a protective one, Sherman crews were desperate for any advantage against the deadly German anti-tank guns they went up against. However, not only did the sandbags offer no additional protection from tank shells, but the extra weight added undue stress to the suspension and drivetrain. By the summer of 1944, General Patton himself banned the addition of sandbags on his tanks. Where sandbags did have some potential is as protection from magnetic mines. Some tank crews placed sandbags on their vehicle’s underside to deter such weapons.

Seeking additional armor, Sherman tankers took to welding spare track-links to their tanks. Like the sandbags, the tracks were applied to the front and sides of the tank hull as well as the turret. However, the effectiveness of the track armor is doubtful. Tracks were not made of armor-grade steel and offered little, if any, additional protection. In fact, the soft track steel could normalize an incoming AP round and turn it directly into a Sherman’s hull, negating the protective effect of its sloped frontal armor. Again, the added weight put extra strain on the suspension and drivetrain with dubious benefits. Still, this didn’t prevent American, British, Canadian or Polish tankers from slapping spare tracks on their tanks.

Logs were another improvised armor added to tanks during WWII. However, they could also be removed from the tank and placed under the tracks in boggy terrain for additional traction. In fact, many Soviet tanks left the factory with logs mounted for this reason. As armor, however, logs did not offer much protection. Like the sandbags, a full-power AP round could penetrate a log and reach a tank’s hull armor with very little lost velocity. However, it did provide some stand-off distance to protect against shaped charged weapons. Still, the molten jet of copper created by these weapons was generally unfazed by the extra spacing of a log.

In order to keep a shaped charge from reaching the tank itself, a layer of armor needed to be placed far enough from the tank to give the warhead enough space to detonate harmlessly. At an angle, the extra layer of armor could also reduce the effectiveness of kinetic projectiles like tank AP shells and anti-tank rifle rounds by altering their angle of attack. Spaced armor could be mounted on the turret and/or the hull. The Germans used spaced armor extensively in the form of Schürzen. These armored skirts were fitted primarily against kinetic rounds and proved effective against light anti-tank weapons.

What’s the best type of extra tank armor? Actual tank armor. Although Patton banned the application of sandbags to his tanks as extra armor, crews were eventually allowed to cannibalize armor from destroyed tanks and weld it onto their own tanks. The salvaged armor was applied to weak points like hatches, ports and flat sections in general, and proved to be effective. The concept of extra armor on the Sherman culminated in the M4A3E2 “Jumbo” Sherman. From the factory, Jumbos were fitted with thicker armor on the hull front, turret, and gun mantlet. Though the extra armor slowed the tanks down by 3-4 mph, it made them nearly unkillable from the front, even by a Tiger.