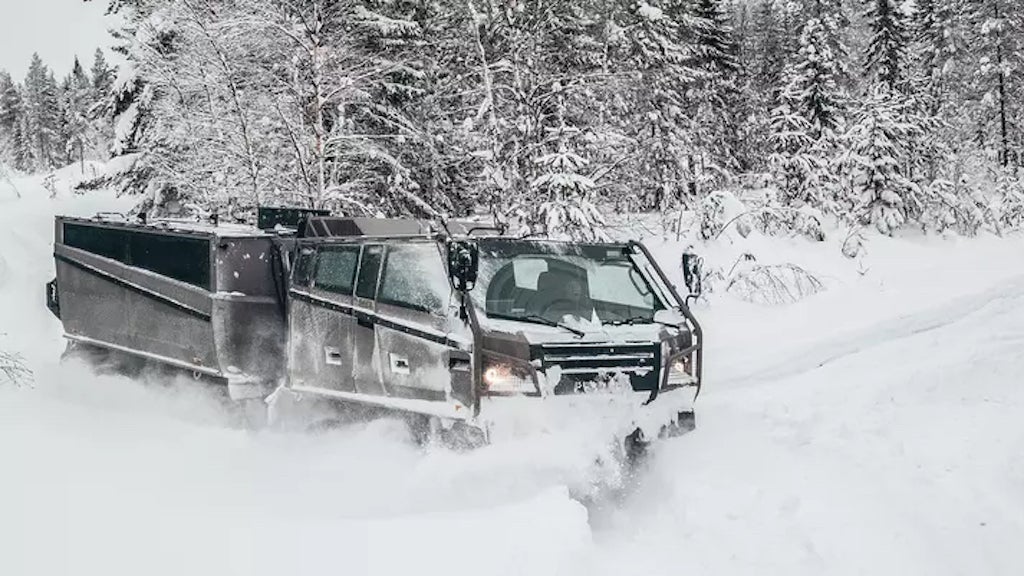 On August 22, 2022, BAE Systems announced that it won the U.S. Army’s Cold Weather All-Terrain Vehicle competition. The Swedish-based company received a $278 million contract for the production of its Beowulf vehicle along with spare parts and contractor logistics support.

On November 10, 2020, the Senate Appropriation Committee released its version of the fiscal year 2021 defense spending bill. The bill stated, “The committee encourages the Secretary of the Army to pursue equipment and vehicles necessary for Arctic and cold weather environments.” Key to the Army’s success in such environments is mobility.

The Army’s current Arctic transport, the Small Unit Support Vehicle, allows troops to move over deep and snowy terrain. However, having been designed in the 1970s and acquired in the early 1980s, the legacy system is showing its age in terms of capability. With the CATV, the Army aims to improve on the SUSV with better maneuverability over a wider array of terrain and modularity for different mission sets.

Based on BAE’s BvS10 armored all-terrain vehicle, the Beowulf is an unarmored, tracked, and highly versatile vehicle for carrying personnel and a variety of payloads in either of its two compartments. BAE notes that the vehicle can traverse snow, ice, rock, sand, mud, and swamp conditions, and can operate in steep mountain environments. The highly versatile Beowulf can even swim in flooded areas and coastal waters.

In addition to improved mobility, Beowulf boasts a modular design. It can be reconfigured from a troop carrier to a logistical support vehicle, providing greater capabilities to an Arctic unit. “Beowulf is a highly capable solution to meet the US Army’s requirement for Arctic operations,” said vice president of business development at BAE Systems Platforms & Services Mark Signorelli in a company statement. “We look forward to providing our soldiers operating in challenging terrain and environments with this highly capable vehicle.”

The BvS10 armored vehicle is currently fielded by Sweden, the United Kingdom, the Netherlands, France and Austria. However, the United States is the first customer for the Beowulf Arctic variant. The acquisition of the Beowulf further demonstrate’s the United State’s commitment to Arctic warfare. Earlier in 2022, the Army reactivated the 11th Airborne Division in Alaska and divested the 1st Brigade Combat Team’s Stryker armored vehicles in favor of the new CATV.