Buy a vet a beer and help build a community 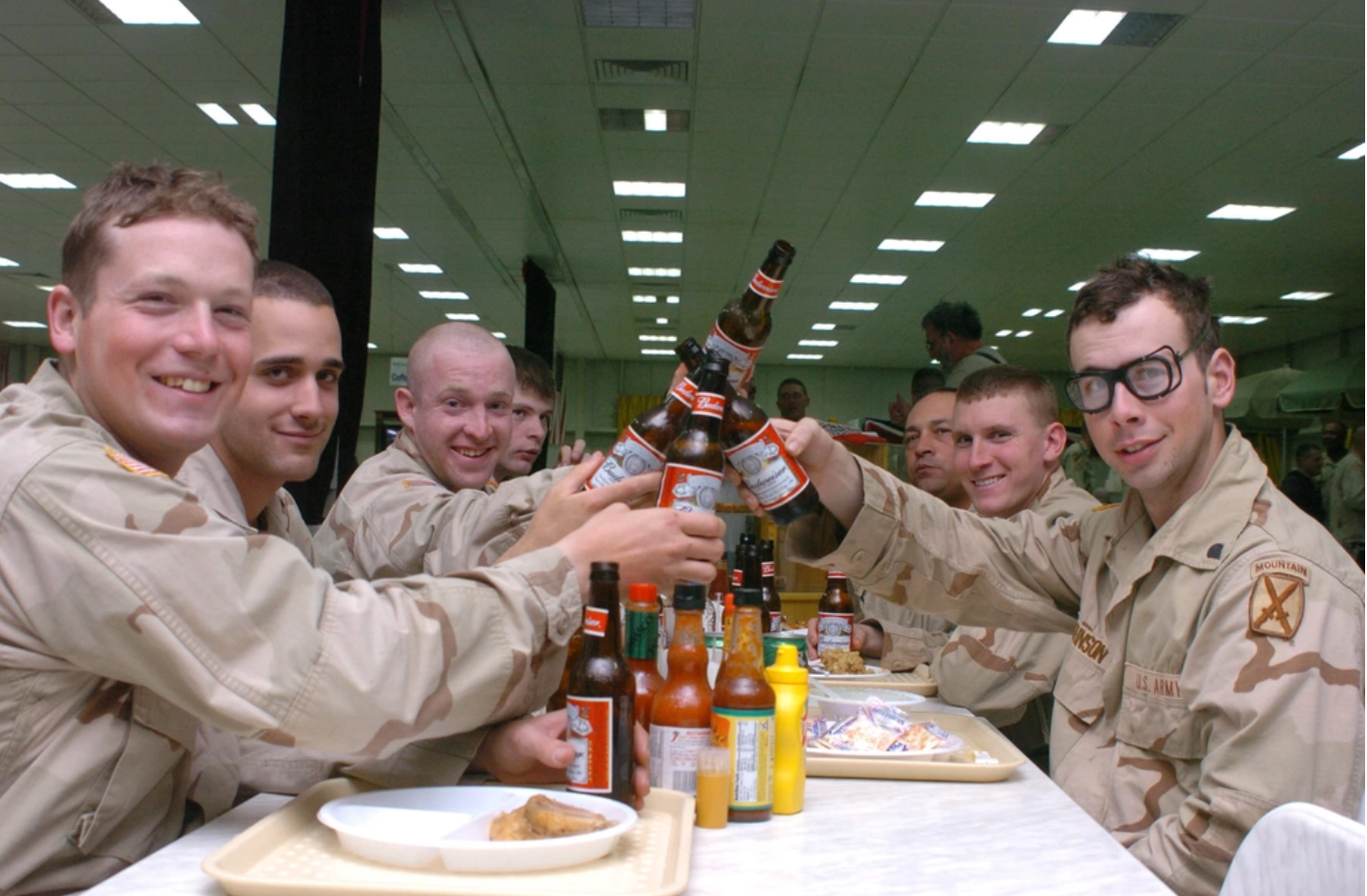 Former Army Intelligence Officer Dale King is no stranger to working to make his community better. Since returning home from service in 2007, Dale has consistently sought ways to make his community feel inclusive and welcoming. He owns a CrossFit gym that aims to bridge the gap between the military and civilian society, has started a non-profit initiative to help amputees compete in competitions and co-owns a personal grooming company called Doc Spartan that helps people on the road to recovery from substance abuse.

Now, his latest initiative, “Buy a Vet a Beer Day,” aims to close that gap even further. Together with his Army-veteran friend Tim Wolfe, Dale’s latest mission is to help veterans in his community feel appreciated and be seen.

The first annual Buy a Vet a Beer Day will be held on Friday, November 12 from noon until 11 pm at Tim’s Portsmouth bar, Patties and Pints.

It’s been a rough year

“It’s been a rough year for veterans, considering the Afghanistan evacuation and how our government has left it to veterans to pick up the pieces. Tim and I were talking one day and we realized we needed to find a way to have a good time for a good cause,” said King.

So he and Tim started strategizing and decided that what the Portsmouth community needed was an event that could help veterans speak with civilians about their service, their forgotten war, and their challenges.

“Reintegration is hard, no matter what. It’s not just being on the battlefield that leaves a mark. It’s coming home, too,” said King.

Dale said that during his own reintegration, he kept looking for the same type of connections he’d formed in the Army and struggled to find a sense of belonging. He recalled being shocked that non-veterans didn’t seem aware that America was fighting a war or that service members were deployed.

“I realized it’s really easy to be angry at civilians, but they don’t know any better. They need to learn and so I started looking for opportunities to help them understand what veterans have gone through during their time in service.”

Buy a vet a beer

And the Buy a Vet a Beer initiative was born.

Dale said that many members of his community want to help veterans but aren’t sure how. The Buy a Vet a Beer initiative aims to change that.

“This isn’t just about coming down to Patties and buying a vet and beer and then leaving. The whole point is you have a beer and you have a conversation. And if friendships are created as a result, then that’s even better,” said King.

Dale and Tim plan to be at Patties and Pints for the majority of the event, sipping local beers, like Dale’s favorite Bernie G, made by Portsmouth Brewing Company, and enjoying conversations. The event will feature live music from local band, Dylan and Simon.

“The easiest thing you can do is show you care. Whether that’s through a beer, a coffee, a text message. You never want to regret the fact that you didn’t care enough for someone. That’s the whole purpose of this thing,” said King.

Other ways to participate

Want to participate but aren’t in Portsmouth? Dale recommends seeking out veterans in communities across the country.

“It’s something anyone can do. Buy a beer and sit down and make a connection with a vet. You never know where that’s going to lead,” he said.

Dale and Tim encourage everyone who participates in this year’s even to snap a photo and use the hashtag #buyavetabeer on social media. The event also features a virtual option to buy a beer. Virtual beer purchases also come with entry to win $100 worth of Doc Spartan. Visit the event’s Facebook page for more information.