Why the National WWI Museum and Memorial is a ‘Must See’ 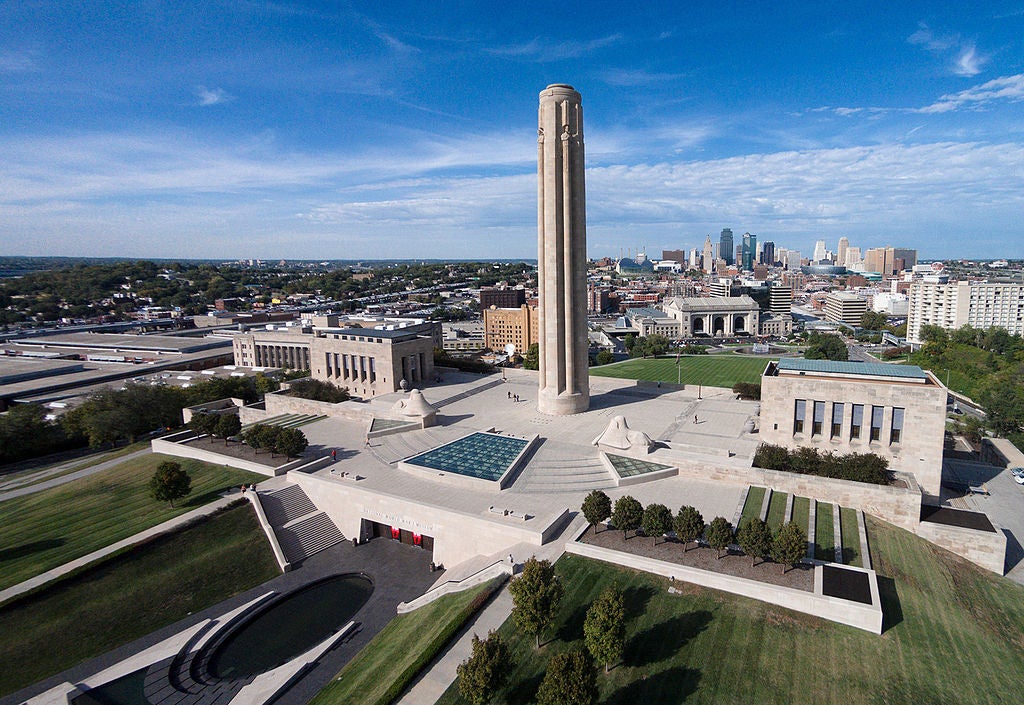 Museum in the Kansas City skyline.

Mr. Doran Cart is one of the Nation’s leading experts on World War I and is the current senior curator for the National World War I Museum and Memorial. We Are The Mighty sits down to ask questions about the war experience for the average troop and brass. What decisions weighed most heavily on General Pershing’s mind when sending men into the trenches?

Protecting our Nation’s legacy is important, what made you decide this career path is for you?

Well, when I was in undergraduate school at Indiana University, I was majoring in history and minoring in education and I was actually part of our program was teaching eighth-grade history. I went to my senior counselor and I told him that I wanted to teach about history and in particular about military culture, but I didn’t have the patience or the courage to be a teacher full time, and so he suggested that I look into museums, and that was in 1974. My first job in a museum was actually at the Children’s Museum of Indianapolis. I’ve worked at different museums from Indiana to California to Florida, and then in 1990 here at the National WW1 Museum in Kansas City.

By November 1918, about 2.8 million troops were drafted. What would it have been like for the average Joe to go from waiting in line for coffee to boot camp?

Well, they were actually called rookies, and not Joes. And it was actually a training camp, they didn’t use the term boot camp at that time, but there was a very small standing Army at the time that the United States entered the war in April 1917, so they really had to create a whole culture of training camps and how to transport the rookies to the training camps. It was primarily by railroad at that time, and so it was quite a change from civilian life to a very structured military life.

What would basic training have been like for the students and new instructors?

Really the first thing that almost all of them said in their letters and things were they learned how to be at attention, and then they actually started drilling, marching/drilling without uniforms so that was really their main introduction to the military. After that, they had physical exams, inoculations, and vaccinations, and they learned how to salute, they were issued uniforms, they learned how to police grounds, they learned about the dreaded kitchen patrol, kitchen police. Finally, after a few weeks, they were actually tested for skills they might have had which were from their civilian life that which might apply to military life; of course, we’re talking about the Army here.

The Navy had different kinds of things that they were going through, and then after about well over a month that they had been in service, that’s when they finally got to go to a rifle range and learned instructions on firing rifles and the use of bayonets. A big thing with them was to get a lot of calisthenics, they actually played kind of games as a team-building exercise. Things like baseball, football and then once they got through training, which would be anywhere between two and six months, they would be assigned to units either in the states or in service overseas in Europe.

The troops of WWI are known as expert riflemen, how did that focus on marksmanship yield the best results?

Versus a lot of the guys from the cities, they had to completely learn that, and then what they found out, when the American expeditionary forces got to France, that the Americans always preferred to be back as far away from the enemy as possible, at their rifle range, and not to use the bayonet and grenade. Which was what was being used by a lot of the European countries at the time. So, the Germans really knew when the Americans came into the line because they had to keep their heads down. Because the Americans would rather fight with the rifle against the enemy, and then get the war won and go home.

What kind of decisions weighed most heavily on Pershing’s mind when he arrived in Europe?

Well of course he was ordered by the Secretary of Board Newton Baker, that he was the commander of the American expeditionary forces, which included all forces that were to be used in the war. He was to consolidate them as one single effort, to represent the United States, and to also be under his command.

So the first, really the hardest thing he had to do almost immediately when he arrived in France was to keep his troops from being disseminated to the French and to the British. Basically to plug in holes in their defense, and in their front lines, and so that was one of the major decisions that Pershings was faced with and he always stuck to it. He always made sure that he kept his forces as a separate fighting force.

How can people help the museum on its mission?

Well, they can come to the museum, of course, that’s probably the easiest thing. We have visitors from all over the world that come to the museum, and even though we are a National museum, we are located in Kansas City, Missouri. They can help with donations to the collection, we’re primarily looking for materials from other theatres of the war not necessarily at the western front at this point. They can contact me about those. We’re also always looking for financial support, and memberships to the museum and the memorial, as the changing face of the covid pandemic goes along, we do follow all the city recommendations for covid, and so the best way to find out about that is on our website as well.

Is there anything you would like to say to the military audience?

I think they would really be amazed at the material culture that the museum has accumulated over the last 100 years from WW1, and of the materials and the advocacy nature of a lot of the materials. We do a lot of training here for the officers, so they come down for the training. If they haven’t been here then they are really missing out on a pretty incredible experience on seeing what I consider the cataclysmic event of the first part of the twentieth century.

As I said our collection is incredibly inclusive of many of the nations involved, even though we are in the United States, we do have a lot of things from the United States war effort. We do have a lot of materials from other nations that they might not be as familiar with. I think their best introduction if they’re not in our area, is to go to our website and see the story of the museum and the memorial, and they can actually tour through some of the exhibitions online and then make a trip to Kansas City.