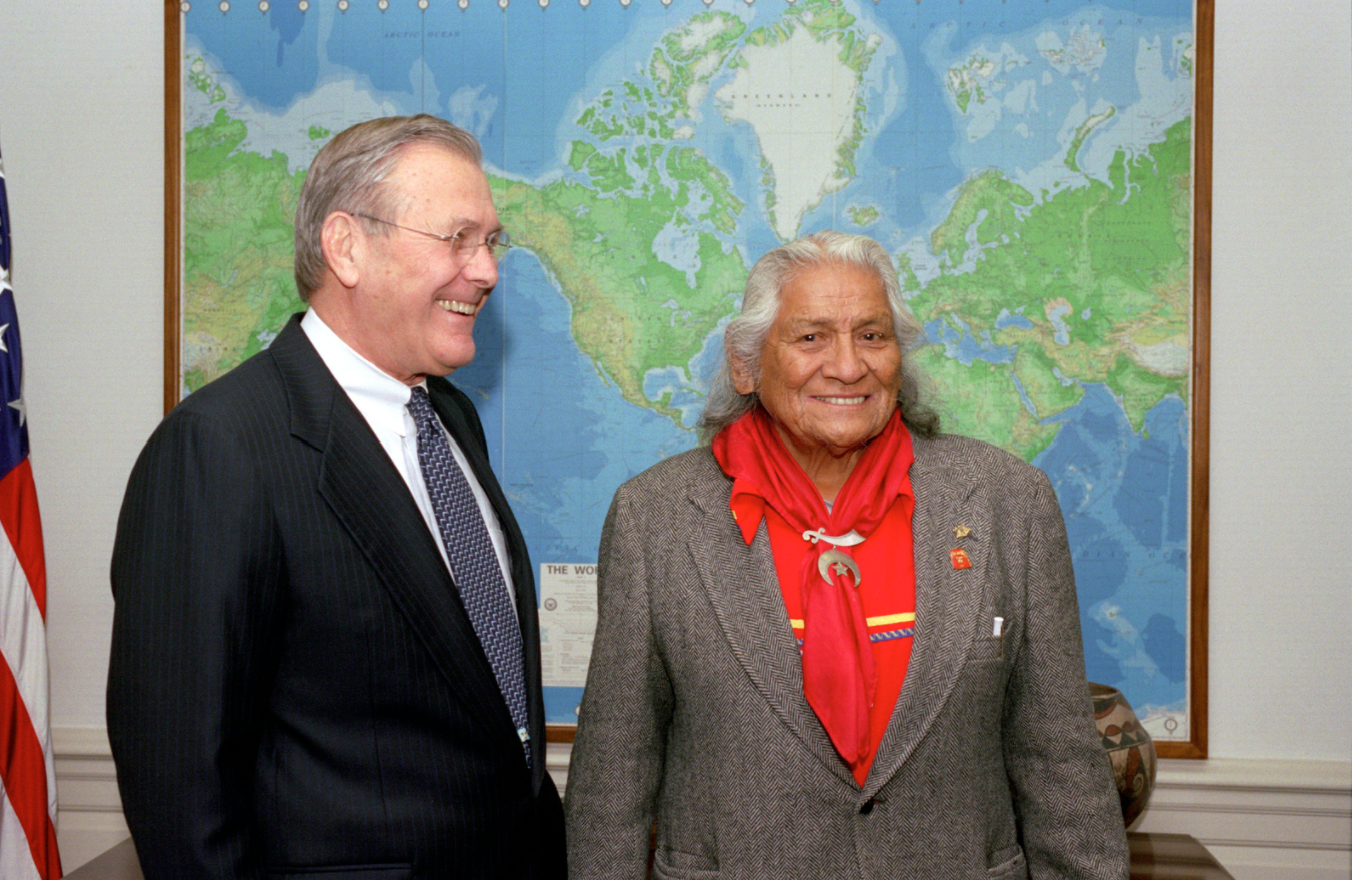 After members of the Native American Blackfeet Nation overwhelmed an Army recruiting office in 1941, those waiting in line cried, “since when has it been necessary for Blackfeet to draw lots to fight?“

Hitler surely didn’t realize the fight he was picking.

Japan kicked off their war with the U.S. with a bang — no declaration necessary. Their formal declaration came the day after the attack on Pearl Harbor. One by one, the United States and the Axis countries declared war on one another. But the war between Native American nations in the United States and Germany had never actually been resolved, so they just resolved to continue fighting.

The Iroquois Confederacy declared war against the Kaiser’s Germany in 1917 alongside the U.S. after 16 members of a traveling circus were detained by the Germans, ostensibly for their own protection. The capture of those 16 prompted the leaders of the Iroquois to issue a declaration of war and implored members of the Iroquois Nation to enlist to fight alongside their U.S. ally, even though they were ineligible for American citizenship.

Some 12,000 Native Americans enlisted in the U.S. military during World War I, mostly volunteers, serving as scouts, snipers, and code talkers. Their incredible service in World War I prompted the commander of the American Expeditionary Force, John J. Pershing, to write:

“The North American Indian took his place beside every other American in offering his life in the great cause, where as a splendid soldier, he fought with the courage and valor of his ancestors.“

When World War II came about, the Iroquois hadn’t yet made peace with Germany, so they were already ready to go back to Europe to give Germany more of the same. The Chippewa and Sioux Nations, this time around, also issued formal declarations of war.

Another 150,000 left the reservations and went to work in war production, serving in factories and farms while Native women took over the traditionally male roles on the reservations.

Natives came home with a new standard of living, new skills, and shaped a new way forward for pan-Native American societies. For the first time, Native Americans were able to assert themselves and their status as equals, fighting for the rights and privileges of every other American, as well as those granted to them by existing treaties with the United States.