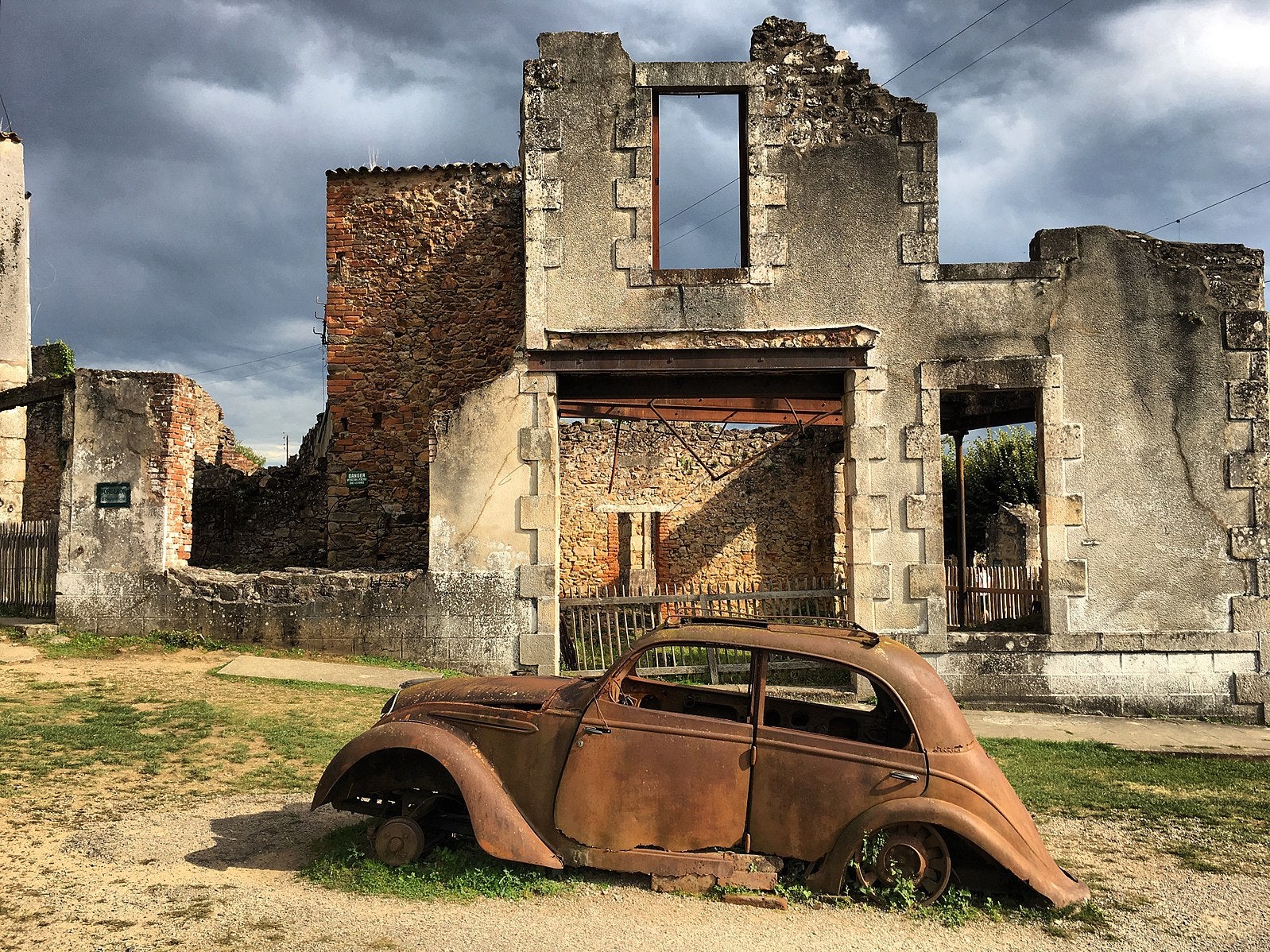 In April 1944, an American B-17 Flying Fortress was shot down by flak over occupied France. Its navigator, Raymond J. Murphy landed relatively safely, and with the help of some Frenchmen, he was able to evade the Germans until August when he was able to make it back to England.

When he was debriefed by his leadership, he mentioned coming upon a village just a four-hour bike ride away from the farm where he was hiding. The village was eerily quiet and Murphy quickly discovered why. He saw more than 500 men, women, and children who had been massacred by the retreating Germans.

The village was Oradour-sur-Glane, a hamlet with a population of just under 650. Weeks prior, the townspeople became victims of the Nazi SS as they retreated in the face of the Allied invasion of Normandy.

On Jun. 10, 1944, SS-Sturmbannführer Adolf Diekmann of the 1st battalion, 4th SS Panzer Grenadier Regiment was told by informants that a captured SS officer was being held in a village nearby, along with other items intended to fight the Nazis in France..

The tip came from the Milice, an internal security force operated by Nazi collaborators in the Vichy French government. 110 soldiers of the “Der Fuhrer” Waffen SS tank Regiment approached the town and prepared to raid it, going house by house. They were looking not just for a German officer, but also a supposed arms and ammunition cache being concealed in the bourg by the French Resistance. Things were about to go from bad to worse for the people of Oradour-sur-Glane.

The women were herded into a church and locked inside. The men were taken to a barn, where they were mowed down by machine guns, covered in fuel and then set on fire. The church was set ablaze as well, with the women locked inside. Six men managed to escape from the barn, and only one woman survived the church.

The SS soon departed but returned later to destroy the rest of the village. Survivors of the massacre had to wait days to come back and bury their neighbors.

Even the Germans were shocked at the atrocity. Both the Nazi military command and the French Vichy government opened an investigation into the incident, but Diekmann would never face a courtroom. He was killed as the Allies advanced into France. Much of the battalion was killed as well. 65 more were charged years later, but many were safe behind the Iron Curtain in East Germany.

In 1983, one surviving member of the unit who escaped justice was finally caught by the East German secret police and brought to trial in Berlin. Then 63, Heinz Barth was given a life sentence, of which he served 14 years.

After the war, President Charles de Gaulle ordered that the village never be rebuilt, in case the rebuilding should conceal what happened there. A new village called Oradour-sur-Glane was built near the massacre site.

Today, the village sits the same way it did in 1944, half-destroyed but lying in state as a permanent memorial to the 642 people who died there.