WATCH: What was the Missouri Mormon War? - We Are The Mighty

WATCH: What was the Missouri Mormon War? 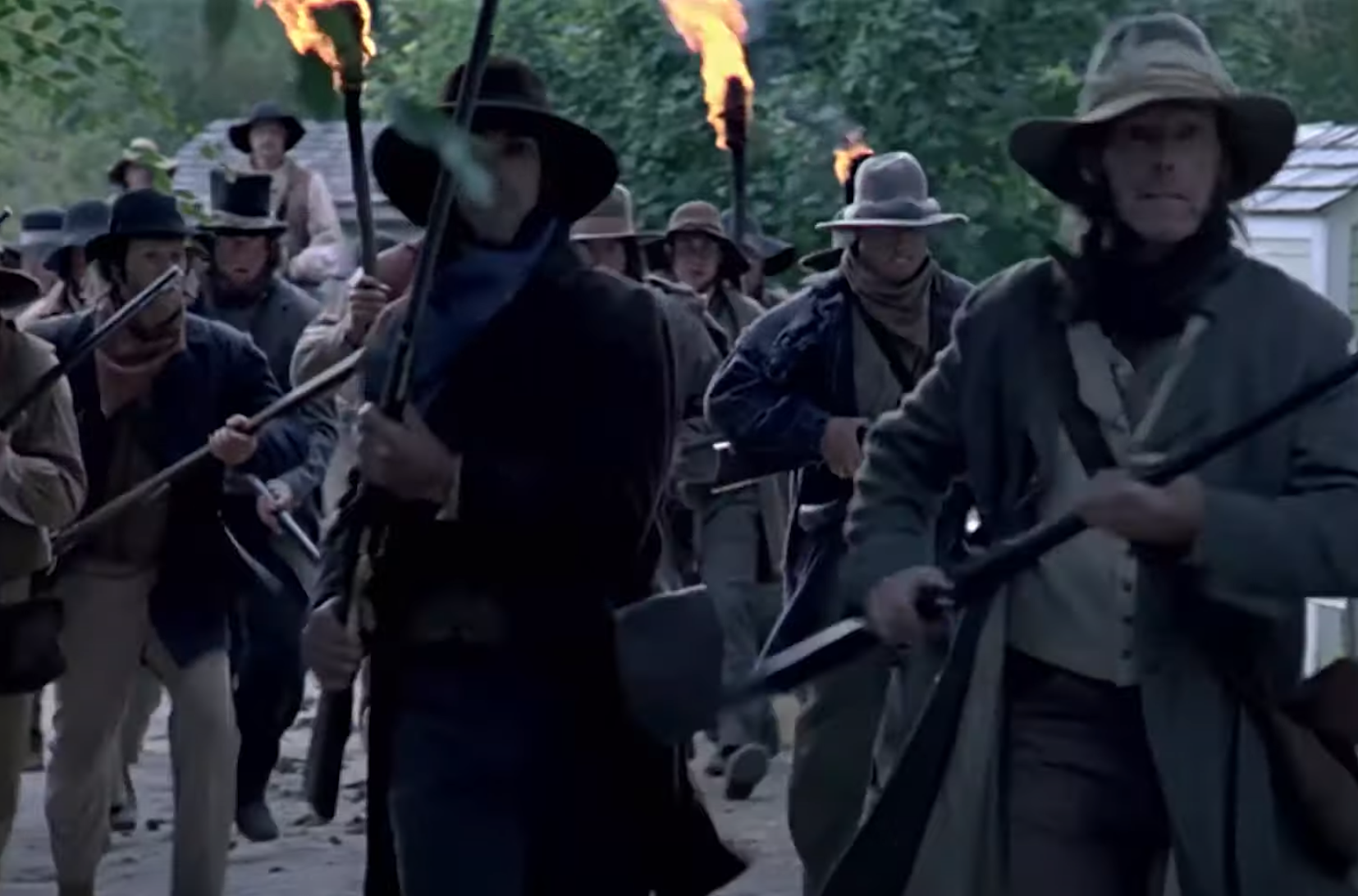 Between August and November of 1838, the Mormons and non-Mormons of Missouri got into a pretty serious conflict. These days, that conflict is known as the 1838 Mormon War. Sometimes, it’s also called the Missouri Mormon War. But if you’ve never heard of it, don’t feel bad. Lots of people don’t know a single thing about this conflict.

First, a little history. The origins of the conflict date back to 1833. That’s when members of the Latter Day Saint movement settled in Jackson County, Missouri. They wanted to call the Show Me State home but were quickly persecuted and evicted by the area’s non-Mormons.

It sure wasn’t easy being Mormon in Missouri

Maybe if the Mormons had a chance to resettle elsewhere, the war wouldn’t have happened. Maybe everything would have remained peaceful if the Mormons had a chance to establish and call MO home. But that’s not what happened. Just like before, the citizens in their new settlements didn’t want the Mormons around either. Queue repeat montage of the Mormons once again going on the hunt for a place to establish roots. So by 1836, Missouri decided to appoint Caldwell County specifically for the Mormons. The authorities thought if they could keep the Mormons in one place, all would be fine. But that’s not what happened. The Mormons settled and soon had really big families. That meant that their population started spilling over to neighboring counties. This caused tension between Mormons and non-Mormons once again.

The Missouri Mormon War officially began after an election in Gallatin, where William Peniston was running for office. During the election on August 6, 1838, Peniston threatened the Mormons with violence, saying that they either would vote for him or not at all. Of course, the Mormons had to defend themselves, so the fight was on.

Mob violence increased against the Mormons after this brawl. Mormon settlers were increasingly attacked and forced from their homes, until one day, the Mormons decided they wouldn’t take the persecution anymore. So began Mormon raids on non-Mormon towns, including Gallatin and Millport. Then the non-Mormons returned with even more violence, going into Caldwell County and taking Mormons as prisoners.

The peak of the 1838 Mormon War was the Battle of Crooked River, where the Mormons were up against who they thought was an angry mob. Three Mormons and one non-Mormon died in the battle. Unfortunately, that mob was actually the Richmond County Militia, so Joseph Smith, the leaders of the Latter Day Saint movement who had come to help his Missouri settlers, was tried for treason for attacking the State.

The Mormons say goodbye to Missouri once and for all

Missouri Governor Lilburn Boggs then issued Executive Order 44, or the “Extermination Order.” It authorized the state militia to give the Mormons an ultimatum: either leave the state or be killed. An unauthorized organized mob then took it upon themselves to attack a small Mormon town called Haun’s Mill on October 30, 1838. The mob brutally killed 18 Mormon men and boys.

Joseph Smith surrendered on November 1, 1838 at the Mormon headquarters in Far West, a major town inside of Caldwell County. Luckily for him, he was able to escape, at which point he immediately fled to Illinois. Left without any other choice, 10,000 Missouri Mormons followed Smith’s lead and crossed the border into Illinois to establish a new settlement there.