10 expectations of WW2 military spouses - We Are The Mighty 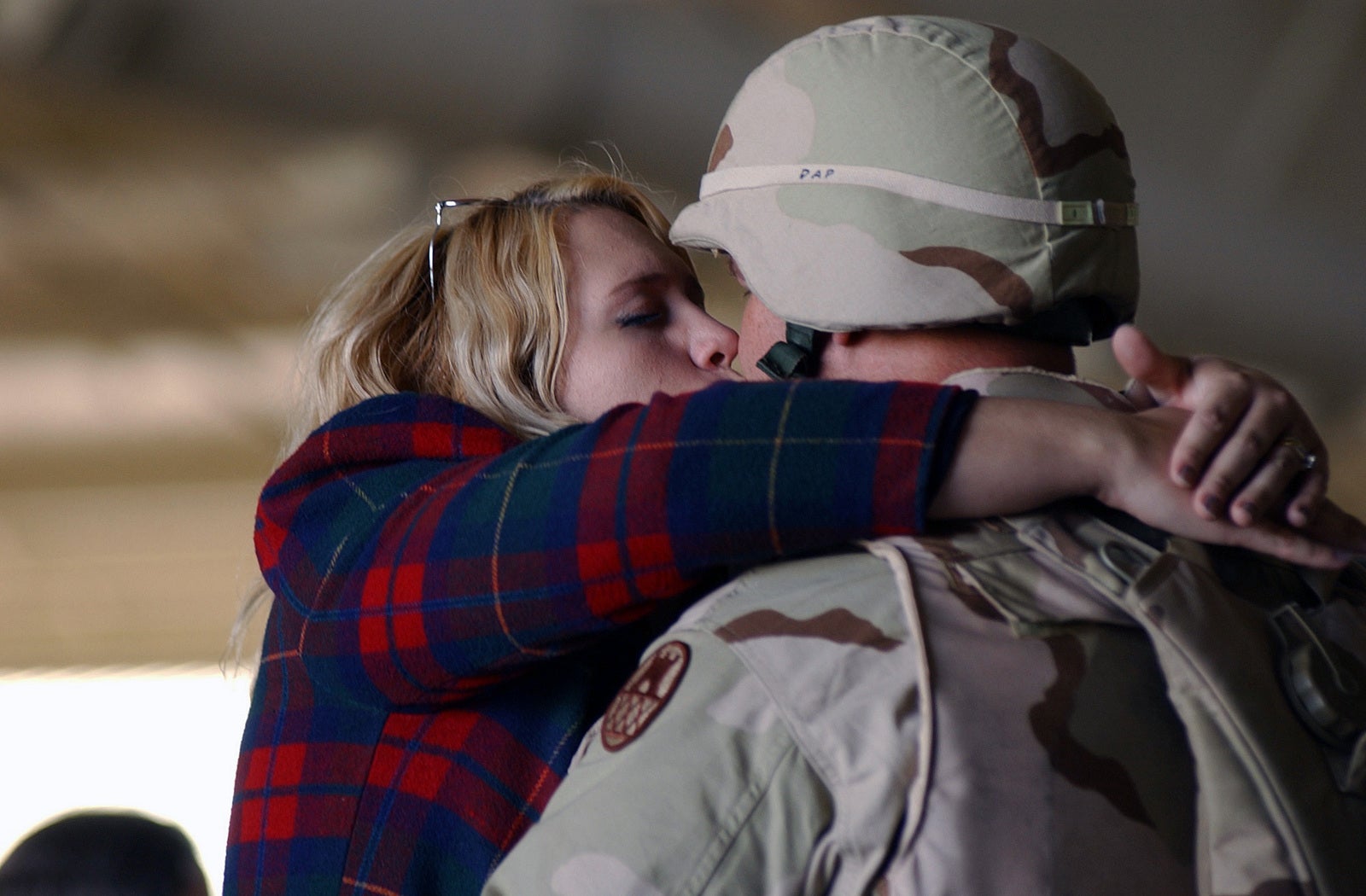 During WWII, women were tasked with an overwhelming number of expectations. In many cases, it was females who were left to fill jobs of manual labor. With so many soldiers fighting in the war, there was a huge void in the workforce. Women filled in, taking over jobs that were once only suitable for men to do. However, for military spouses, the expectations were far different. With a husband at war — or at least in the military in a time of war — women were expected to hold down the home, and then some.

Compared to today’s norms, however, spouses of the 1930s and 40s had far different tasks assigned to them. Take a look at what it was like to be a spouse during WWII and how their expectations differ from military spouses today.

In all public cases during WWII, military spouses were females. That meant women married to a male service member, the most common enlistment and commission circumstances at the time. While women could serve in the military, it was simply less common than it is today.

Then, the woman was expected to work in her own home. Not in a home office, but as a mother and wife. Her roles were to cook for her family, clean the home, and ensure the kids had when they needed. And for the cherry on top, she was expected to dress up and look nice while doing it. Heels and all.

If your spouse was at war, this meant the only form of communication was the written word — delivered via snail mail. Letters took weeks to land at their intended destination, and soldiers relied on long, hand-written letters to update them on everyday events and their family’s well-being. It was the spouse’s job to inform her husband and let him know how the family was doing. It was often frowned upon to write too much bad news and to keep soldiers’ morale up through descriptive, positive words.

With soldiers who were likely to be shipped off soon after graduation, couples often married early. Highschool sweethearts rushed to the alter in order to wed before their man was shipped to war. This also meant young pregnancies, and young widows who were left alone if their spouse was killed at war.

War bride is a term describing women who met American men during their time overseas and got married. It’s estimated that 20,000 Germans and 15,000 Australians were brought to the United States during WWII after they married a soldier and transitioned to being an American citizen. There was also an influx in brides from France, Italy, Luxembourg, the Philippines, Japan, and China.

It was common for military spouses to have many children during the war for several reasons. One, women were more likely to get pregnant when their husband was home on leave — whether they were trying or threw caution to the wind — stats support this, including the baby boom. In addition, Army families received more money if they had more children. With the passing of the Servicemen’s Dependents Allowances Act, families earned $40 for the first child and $10 for each subsequent kid.

Military spouses were expect to keep their homes in tip-top shape. From a home that was clean at all times, to home cooked meals, to having snacks and coffee at the ready for unexpected guests, military spouses were essentially profesional hostesses during WWII. She often served her husband and other male guests who might have been visiting.

Chances are standards laxed some while the husband was at war, but records don’t differentiate either way.

With a spouse overseas and plenty of children to handle all on your own, women made due by relying on one another for help. Most notably, they traded babysitting services, taking kids while the other mother could run errands, or even while working a part-time job. Military spouses made fast friends and trusted the next woman with her kids.

In WWII, you didn’t know how long your husband would be gone … or when (and if) he would come home. For the spouse, that meant waiting, and more waiting. Waiting for letters, hopping a service member didn’t knock on your door, and more waiting for your beloved to come home. In fact, some soldiers were gone for multiple years, until the end of the war, when they were allowed to return home.

In most cases, wives had no idea what their husbands were dealing with, or any specifics of the war. They didn’t talk about specifics because they didn’t have any. Without the ability to talk on the phone, details were left to letters — which were read and scanned for any key details. In fact, they might not even know where their loved one was stationed at the time. This certainly kept the mystery alive, but left women unable to speculate about the nitty-gritty stuff.

As soldiers prepared to ship off, they were moved from town to town to complete different trainings, receive medical care, etc. However, there was a population of women who left alongside them in order to sneak time away with their spouse. Known as “wandering wives,” these were usually a younger, childless crowd who were able to pack up and move from town to town.

Military spouse norms have come a long way in the last several decades. And while these stereotypes weren’t a rule, they were expectations that were followed by many women of the time.